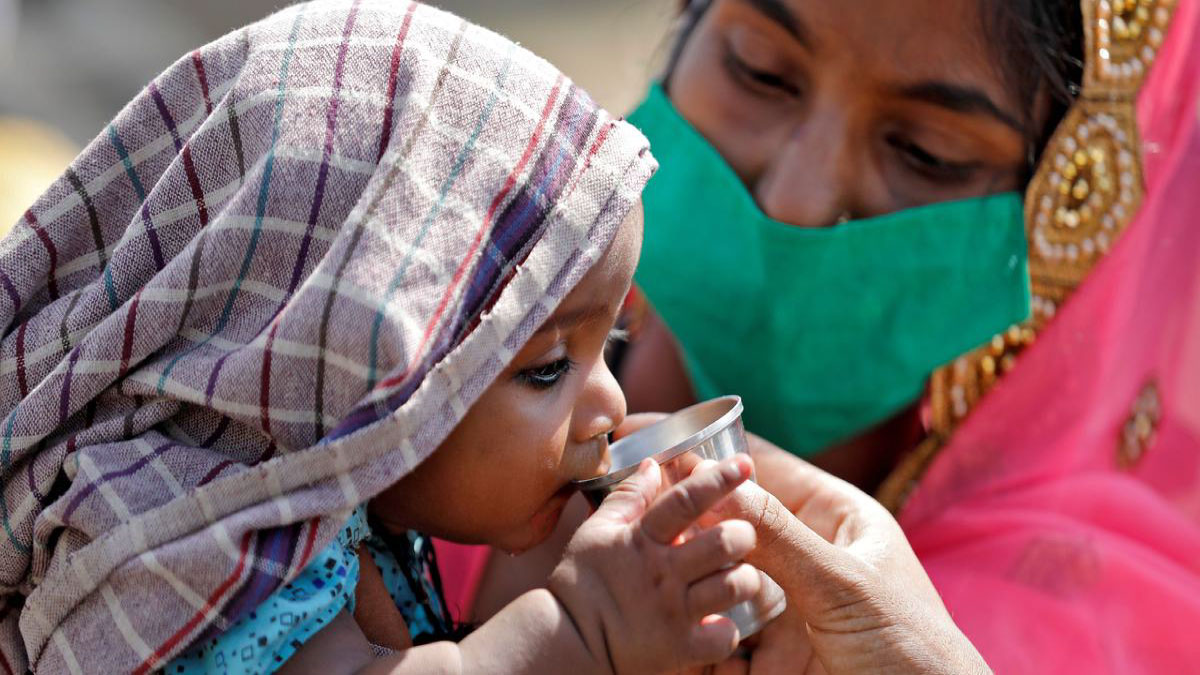 A survey conducted by the Right To Food Campaign in association with the Civil Society Organization reveals that 66% of families faced losses due to the pandemic. The Hunger Watch report states that the income of 2/3rd families is decreased in the two years of the pandemic. Almost 60% of people said that their income is reduced by 50% or more in the two years of the pandemic. The survey was conducted in 14 states. It included a total of 6,697 households from low socio-economic strata. 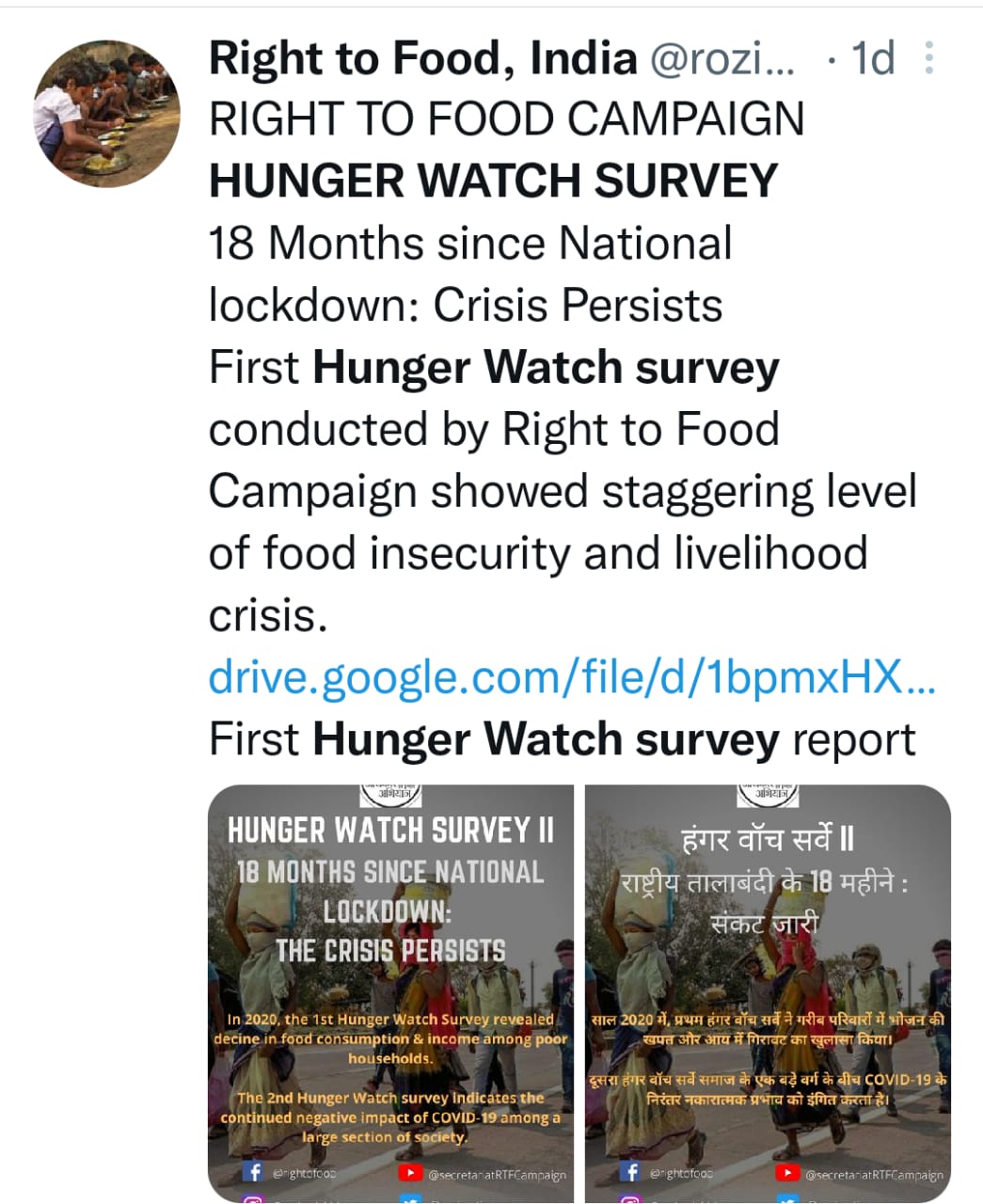 The report presents some numbers and data which are of major concern in today’s society. Nearly, 45% of households are still having some sort of debt. Out of these 21% have debt above 50,000 Rs. This data comes in from the second round post lockdown in 2020. It covered 3,994 households in 11 states. The survey was conducted between December 2021 – January 2022. 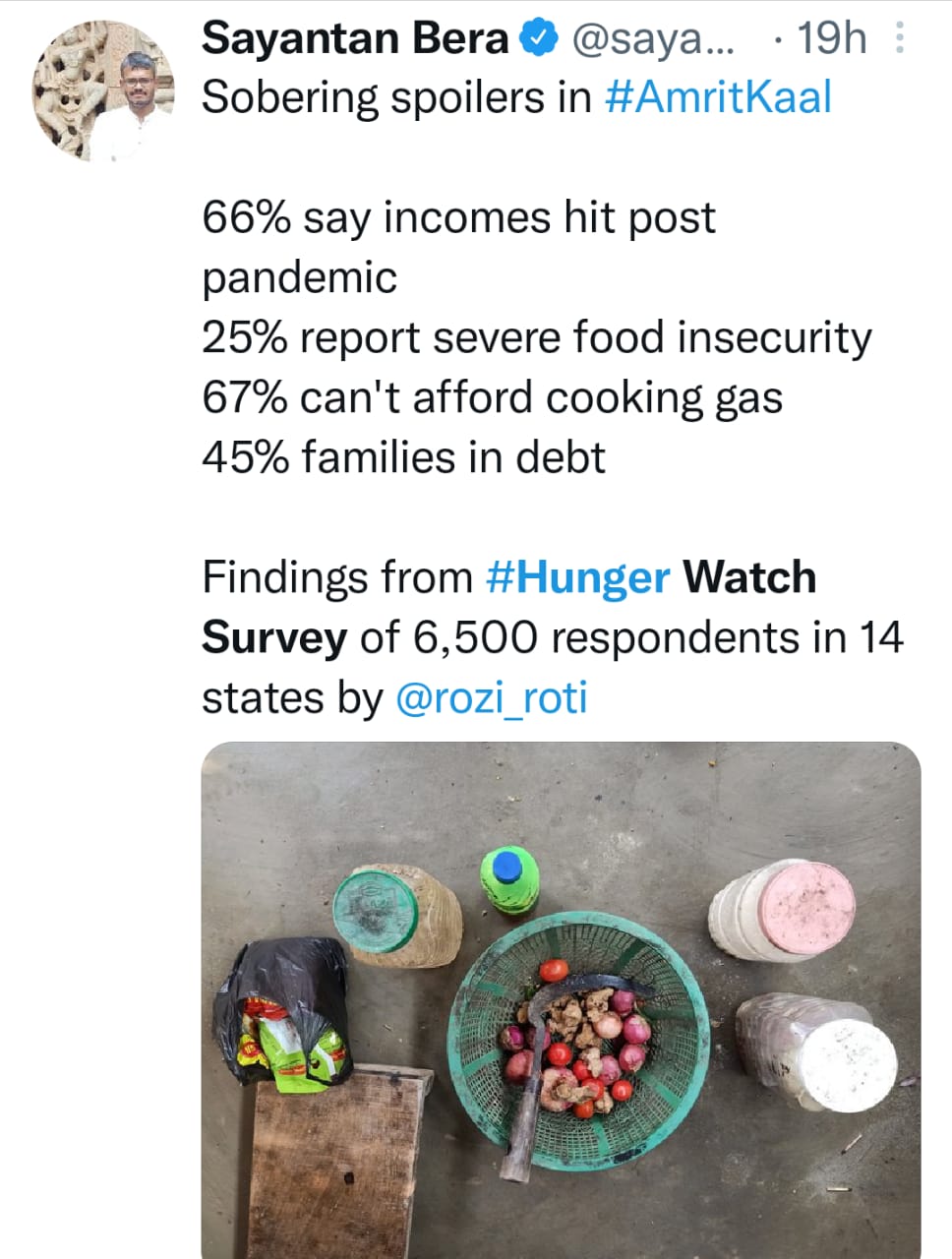 Approximately 70 % of households could earn below Rs 7,000 only. Whereas 6% of 3,994 households are unemployed. Due to this, the hunger index shows some major findings too. The diet and food intake are affected badly due to the pandemic. The report also says 79% of the households have some kind of food insecurity. In addition to this, 25% of households have severe food insecurity. 60% of the household shows that they can afford only a few selected food items due to the roaring prices and less income in the pandemic. That means a balanced diet for a person or a family is out of reach. This could be harmful to people in the long term if things do not improve.

Nearly 90% of the household who went through this survey had ration cards and out of those 85% got some kind of subsidised food grains. Not only that the ever-increasing prices of fuel and food commodities also have a major impact on food insecurity. Despite government magnum statements, it’s true that many millions are still suffering due to the corona. As the government claims, 80 crore people are benefited from the PDS system of food distribution.

It is very much visible that the pandemic’s worse effects are visible on the poor class. As they do not have a regular source of income so their loss is far more crucifying. The pandemic has widened the gap between the rich and the poor. From education to healthcare facilities poor is still suffering in the post covid period too. Unemployment is also a big issue which government needs to focus on to solve such complex and multi-dimensional issues.