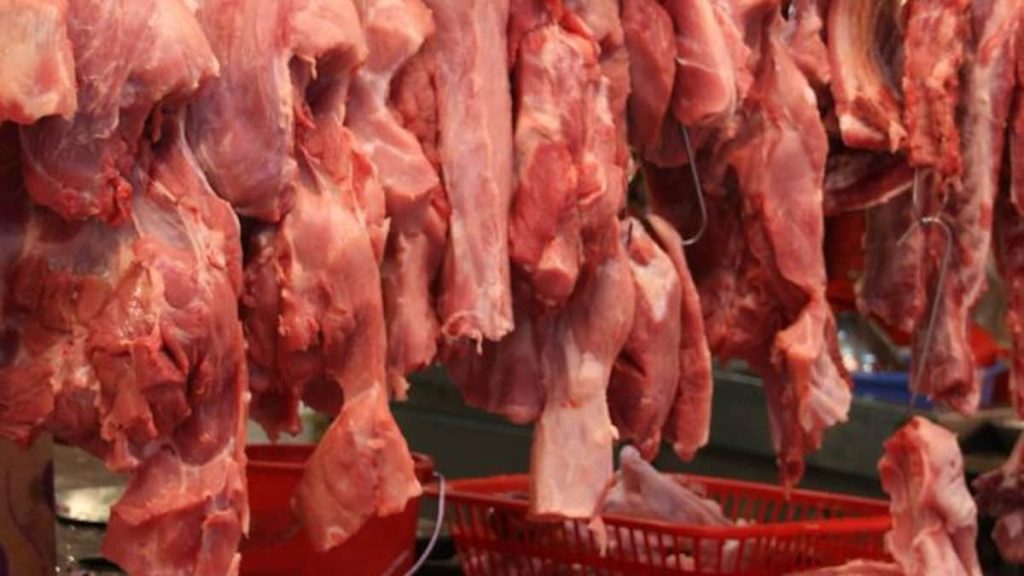 MEAT BAN IN DELHI BY BJP IN NAVRATRI.

The latest controversy is the Meat Ban in South Delhi during the Navratri. This news comes in from the mayor of South Delhi, Mukesh Suryan. Along with this, he says that fines will be imposed on the violators, as South Delhi MCD decides to close meat shops and sales of non-veg food in restaurants. 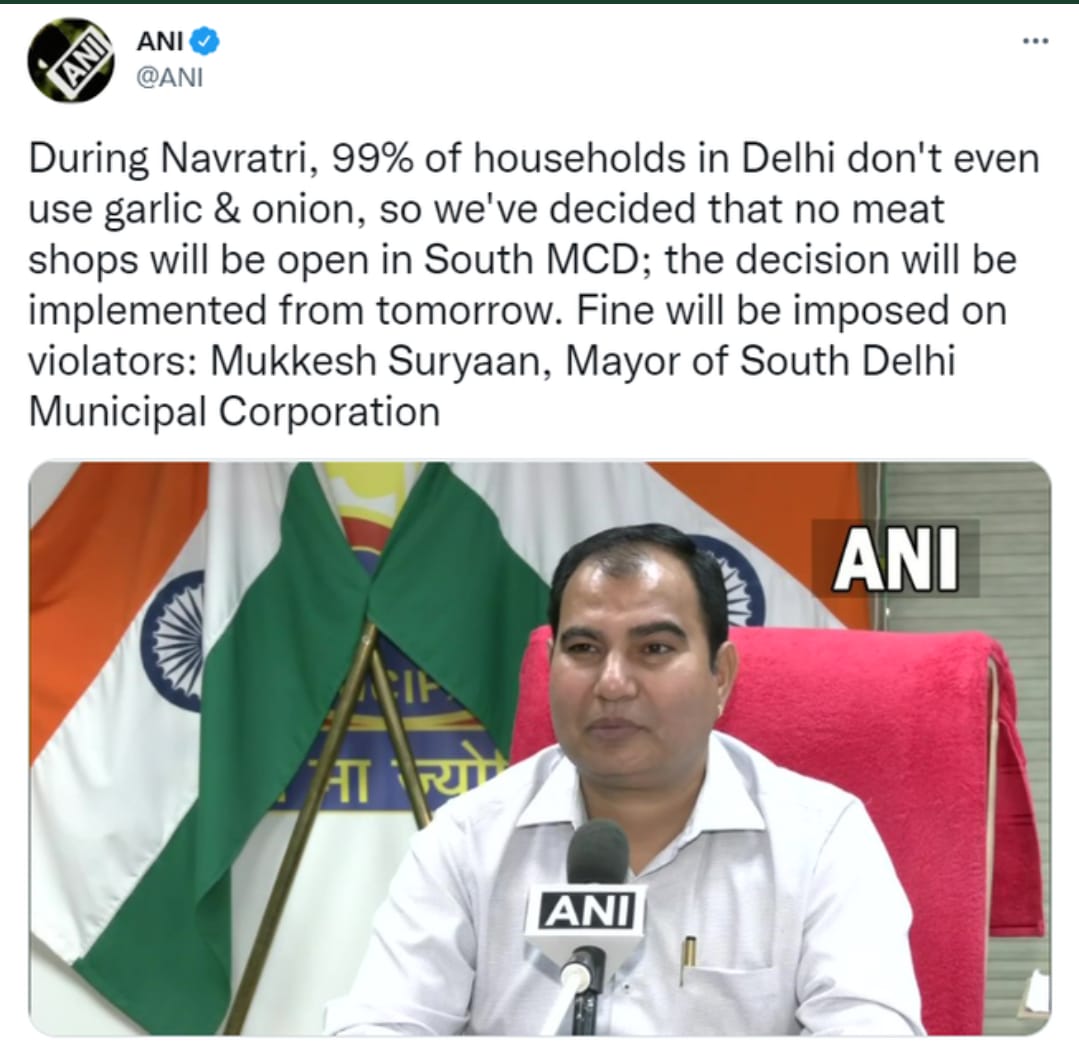 Well this is not the first time that such orders are issued keeping the religious agenda above anything else. Like the Hijab controversy, Azaan loudspeaker Ban controversy, etc all such issues are mainly based on a Hindu Vs Muslim backdrop.

Why Ban On Constitutional Rights Is Dangerous?

Ban on any of the basic constitutional rights is a serious violation of fundamental rights. Moreover, when any ban is justified with religious teachings it becomes a part of our social and ethical discussions.

Like the latest ban on meat in South Delhi is done as Navratri festival is going on, claims BJP. BJP representative says people don’t even eat onion and garlic during these nine days. So, why meat shops are open. But they forgot that it’s the time of Ramzan also. Moreover, what to be consumed or not is a matter of personal choice.

No political party should advocate the choice of people for their political benefits. It is clearly seen that BJP and its worker clearly shout anti-muslim slogans. Be it RSS follower Yati Narsinghanand who delivers Hate speech on open platforms yet they are not slammed by the BJP party.  Not only this such orders or bans deepen the social divide with the help of the most sensitive issue of religion.

One step ahead the BJP MP Parvesh Sahib Singh Verma calls for a complete ban on meat and products all over the country during Navratri.

BJP Facing Backlash Over The Ban 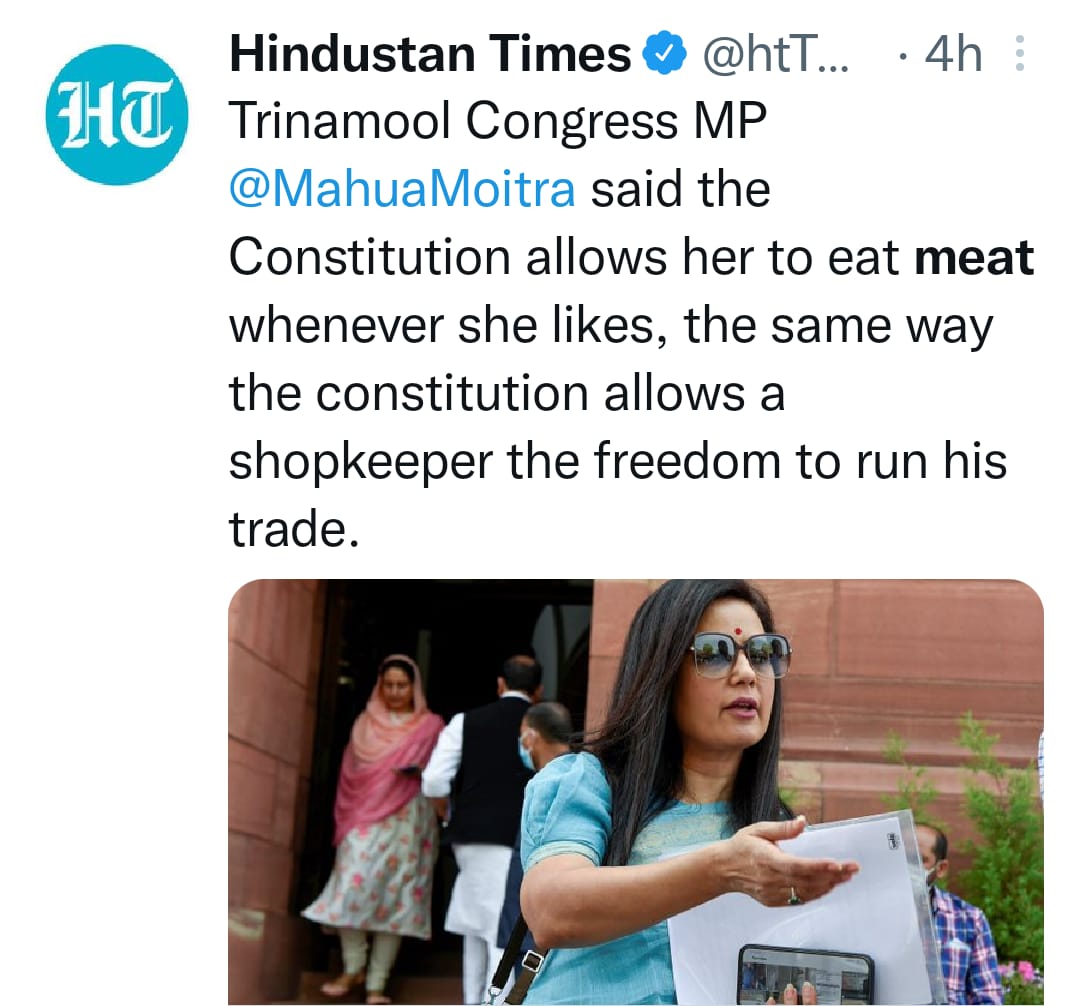 Not only the famous celebs and political leaders, but even general people are also against the idea of the BJP trying to preach to people “What to eat, what to wear, where to pray, what to sing”. People say moral policing can be done by the leaders but not religious policing as we are part of a nation that homes multiple traditions, cultures, food habits, and festivals. So, every festival and event from each community is important.

But, BJP always plays with numbers maximum, as the Hindu population is dominant in most of the areas in India. So, they think that this can help in gravitating toward their agenda. So, it is the time for people to decide not for leaders what they want and they want to lead their lives.