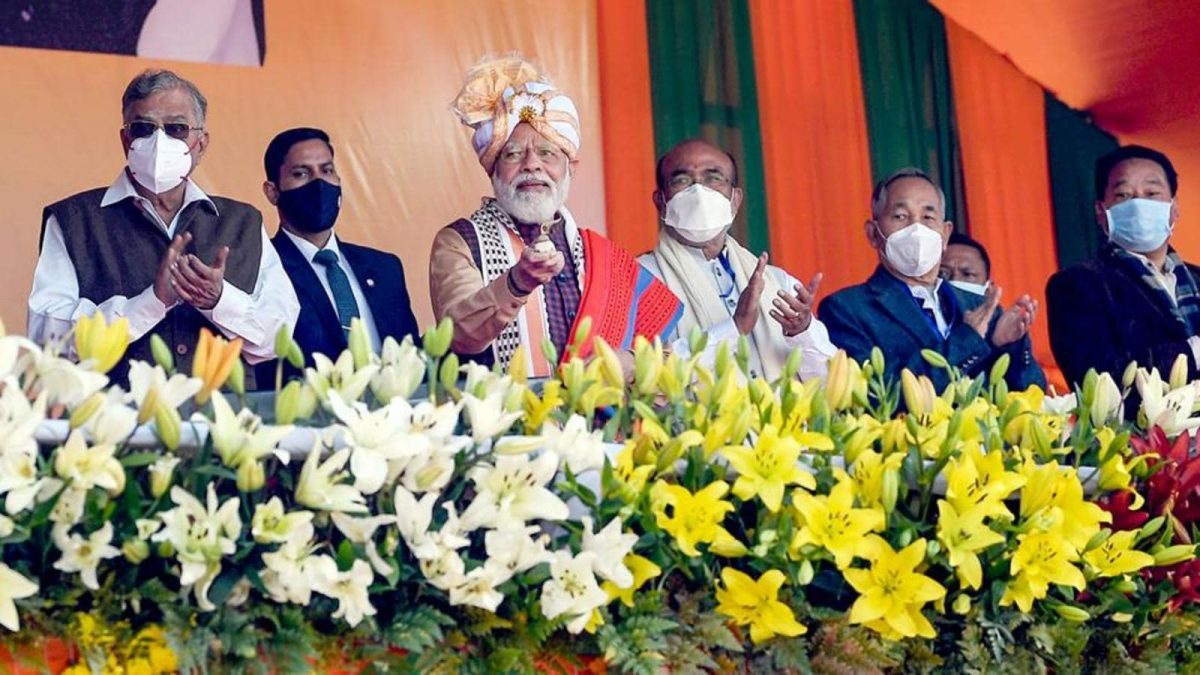 Political leaders in Manipur are readying themselves for two-phase voting on 27th Feb and 3rd March in the coming Assembly Election. Apart from political instability, the election is being held at a time when the security forces had several skirmishes with insurgent outfits creating an atmosphere of insecurity and instability thus breaking the tenuous peace of the state. In the recent ambush and bomb blast, one Assam Rifles officer and a soldier were killed respectively. Against this backdrop, the Chief Election Commissioner has assured the people of a safe election.

In the last election, Congress won 28 seats out of 60 assembly seats and thus became the largest elected party. However, when they failed to form the govt, BJP succeeded in forming the govt with the support of some political parties. The Congress suffered further erosion when five MLAs and the state unit Congress chief switched over to BJP.  With its present strength of 26, the ruling alliance is hopeful of securing 40 plus seats in the impending election.

THE ACTIVITIES OF THE RULING ALLIANCE IN THE STATE

A Sarada Devi, the party’s state president said that the state is witnessing rapid development, starting of various projects, and implementation of an inner line permit system which people wanted urgently. She again stressed that the state did not see any bandhs or blockades in the recent past, which genuinely shows that the people are having faith and full trust in the state administration and the party. Recently Prime Minister Modi visited the state and inaugurated several projects to the tune of about 3500 crores.

KEY ISSUES OF THE STATE

But the state Congress Chief N Loken says that whatever the govt is doing in the state is nothing but mere ‘ words and promises.  Political Commentator  Pradip Phanjoubam points out that the key issues of the state are different and need to be focussed on urgently. There is a very acute unemployment problem which has become worse during a covid pandemic and internal security, Apart from this one more issue which needs to be addressed is bringing Meite’s under Scheduled  Tribe category. He said this issue has become important because these Meities constitute 57% of the population of the state.

Manipur problems have been clearly defined and they need urgent attention. Modi has inaugurated multiple projects but will these projects create employment for the youths. Whichever party wins the election in the state, must focus on the issues which need immediate attention. The future political success will depend upon how the new govt will solve the acute unemployment of the state.