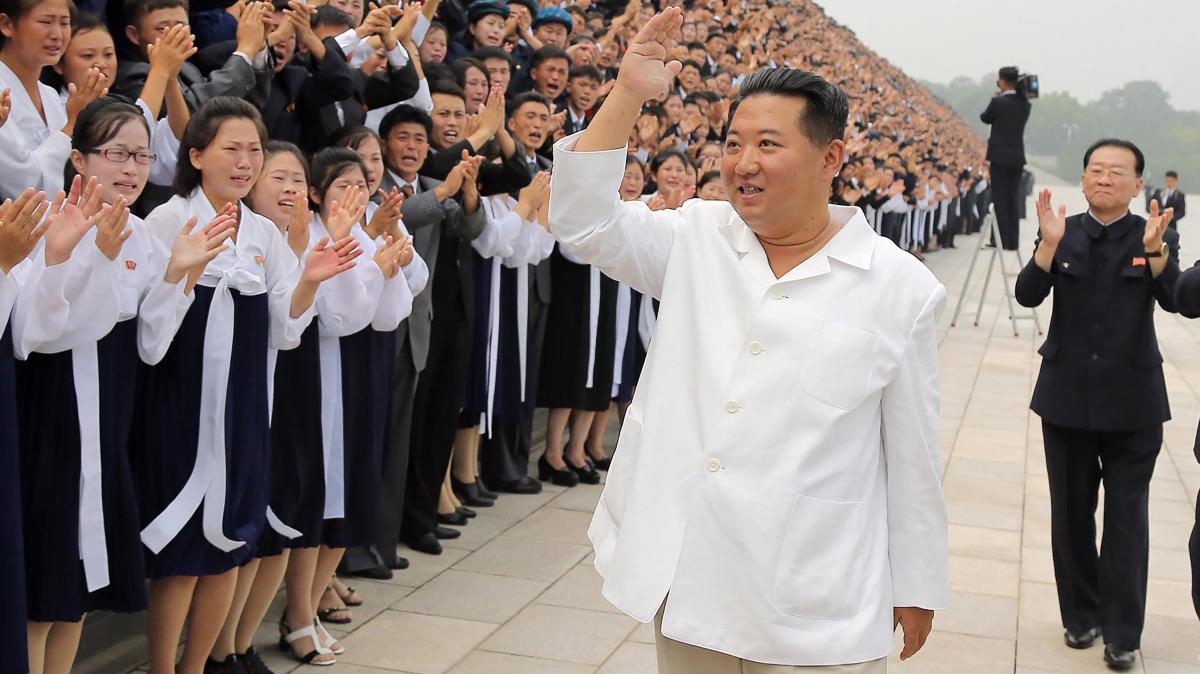 The North Korean dictator, Kim Jong-un wants to promote the ideology of ‘Kimjongunism’. Kim has already removed portraits of his father and grandfather. According to reports, portraits of Kim II-Sung and Kim Jong-il have been taken down from Pyongyang’s (the capital of North Korea) official buildings. According to a South Korean spy agency, the term ‘Kimjongunism’ is being used in governmental circles. Experts see Kim’s effort as a tactic to break away from the shadows of his predecessors. Reports claim that Kim Jong-un is being referred to as the ‘Great Leader’ by North Korea’s state media. However, the title was previously only used to describe Kim II-Sung, Kim Jong-un’s grandfather. This attempt by Kim Jong-un expose Kim himself wants to establish his own credentials as a heroic leader. He is very confident of his grip on power, just a month before the 10th anniversary of his accession.

It is interesting to note that, the 37-year-old’s grandfather, Kim Il-sung founded the country in 1948 and became the third longest-serving political leader of the 20th century.

This is not the first time an ideology has been put forward after a North Korean leader. ‘Kimilsungism’ was previously used to describe the ideology of Kim’s grandfather in the 1970s. in an attempt to establish and propagate his own legacy, Kim II-Sung had banned the works of Karl Marx, Vladimir Lenin, and Joseph Stalin. The phrase ‘Kimilsungism-Kimjongilism’ was later coined to describe the relationship between the country’s founder and heir apparent.

Also read: It Is Time To Put A Stop To Farmers’ Demonstrations And Politics

Experts say Kim Jong-un does not like certain aspects of the system created by his father and grandfather. He is especially opposed to the practice of tying the successor’s legitimacy to his deference to his predecessors. But critics have slammed Kim Jong-un for imposing bans and adopting new orders instead of tackling the country’s acute food crisis.

North Korea has always struggled with food shortages, but the pandemic has made a bad situation worse. Leader Kim Jong-un has compared the current situation to the country’s worst disaster in the 1990s, known as the “Arduous March”, where hundreds of thousands of people died in a famine.

According to reports, several deaths due to starvation are being reported in the country. People are concerned that as winter approaches, the most vulnerable will be further pushed to starvation. The country’s harvest yields are expected to be around 20 percent lower in 2021. As the country is starving, farmers have been ordered to give 60% of their produce to the government. The situation is so grim that North Korean farmers have been sent to labor campus for hiding food grains.

In recent months, there has been a dramatic rise in the price of commodities in North Korea. And due to this, the lower classes are suffering more and more. Authorities have warned the food crisis will continue until 2025 and have ordered residents to grow their own food. And it is strange that Kim Jong-un reportedly even asked the people of North Korea to eat less till 2025. According to experts, the situation could be worse than the 1994-1998 famine which killed nearly 3 million people. North Korea’s food crisis even worsened after the pandemic forced it to shut its border with China.