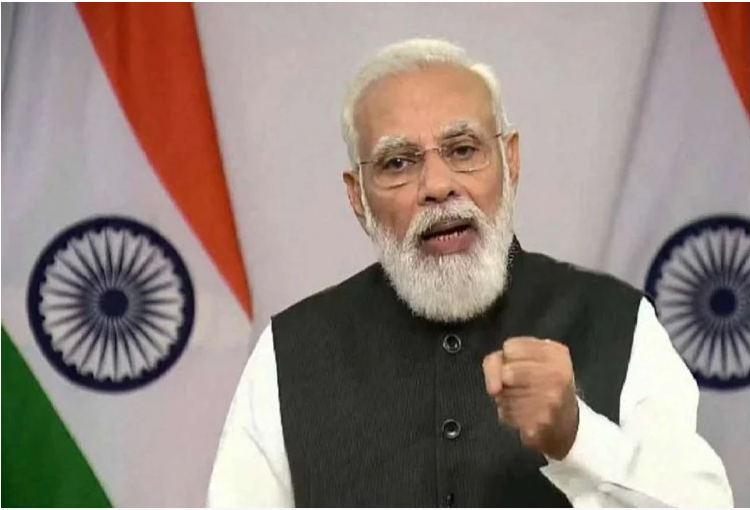 Today is November 19th. Birthday of former Prime Minister Indira Gandhi. The birthday of Guru Nanak Dev, Prakash Parv. At around eight in the morning, the Prime Minister’s Office suddenly tweeted that the Prime Minister of the country, Modi Ji is going to address the nation exactly one hour later at 9.00 am. The Prime Minister, wrapped in a beautiful shawl, came to address the nation and formally announced the withdrawal of all three agricultural laws brought about a year and a half ago to scientifically improve the country’s agriculture sector. However, in the winter session of Parliament, they will be officially withdrawn under the process.

After this announcement of the Prime Minister, three farmer leaders were informed about it. One of them was Chaudhary Harpal Singh. The sleeplessness of the three leaders was not over yet that such shocking news was received. At first, they didn’t believe it. But when convinced about the Prime Minister’s announcement, the first reaction from a leader’s mouth was that the government got scared of the farmers after seeing the Uttar Pradesh elections. Well, all’s well that ends well.

For the past several months, farmers and peasant leaders had kind of cooled down. The Lakhimpur Kheri incident and later the increased politics in the farmers’ organizations of Punjab-Haryana was creating a new atmosphere. It can be said that the farmers were angry with the government of the country, but with the help of farmer organizations, the pressure on the central government regarding the movement was decreasing. The light of the farmers’ tents and tents on the highway coming from Uttar Pradesh, Haryana, Punjab near Delhi was also fading, but the government suddenly took this decision. Vinay Katiyar, the founding leader of Bajrang Dal, called it late, it has come. Congress’ KC Venugopal also reacted. RJD Prof. Manoj Jha called it the kneeling of the central government. Today, the news of the farmers’ movement is expected to run in the media throughout the day.

Was the government scared seeing the Uttar Pradesh elections?

This is what the internal surveys of the BJP tell us. Union Home Minister Amit Shah had gone to Varanasi. Farmers’ displeasure emerged as a major issue in the results. There was no great enthusiasm among the public in his public meeting of Azamgarh. Prime Minister Narendra Modi also went to inaugurate Purvanchal Expressway, the results were not good regarding public participation. According to the proposed program, the Prime Minister was to stay in Bundelkhand, Jhansi, and Uttar Pradesh from November 17-19. The BJP had decided to take out the Rath Yatra in view of the efforts of the Samajwadi Party and Priyanka Gandhi in the Uttar Pradesh elections. The responsibility of this has to fall on Defense Minister Rajnath Singh, Union Home Minister Amit Shah, BJP President J.P. Nadda. But that kind of enthusiasm is not being seen from within the public.

In 2021, the BJP had suffered a lot in the elections of gram panchayats. The reason for this was also given to the peasant movement. The farmers of western Uttar Pradesh are anyway angry with the central government and are seen giving great life to the Rashtriya Lok Dal. The leaders of the Samajwadi Party and the Congress were dreaming of annihilating the BJP in more than 100 seats in western Uttar Pradesh. It is said that this is a matter of big concern for the Chief Minister of Uttar Pradesh, Yogi Adityanath.

In such a situation, the lack of popularity of the Prime Minister in public meetings or the situation of people’s protest during the election campaign could spoil the whole taste. A situation like this in Uttar Pradesh could have adversely affected the BJP’s influence across the country. It is believed that for some of these reasons, the Prime Minister has suddenly taken this decision after seeing the internal demand of the party leaders.

Will the matter become in the interest of BJP now?

Leaders like Chaudhary Harpal Singh said that suddenly how to tell something? The public has to decide. Farmer leader SP Singh says that the government took the decision too late. More than 700 of our farmers have lost their lives in the movement. He has been martyred. We have lost a lot. Therefore, it is not enough for the government to withdraw all three agricultural laws. He will also have to announce compensation to the farmers who lost their lives in this movement. From this reaction of the farmer leaders, it seems that everything is not going to get back on track very easily. It will take time for the results to come.