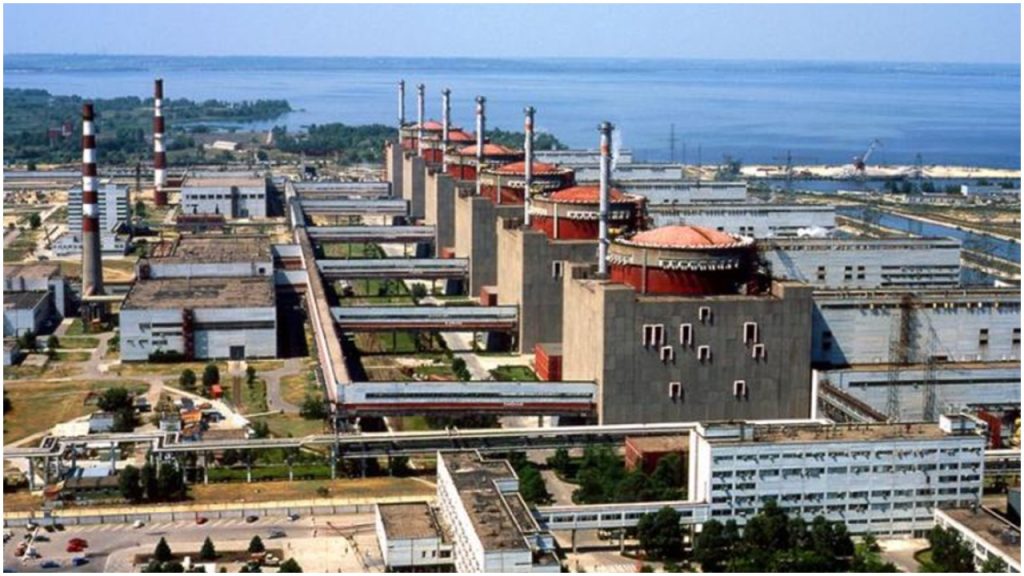 Russian troops have taken over Europe’s biggest Zaporizhzhia Nuclear Power Plant in Ukraine on Friday night. The whole globe was earlier under the fear of the catastrophic result of the blast. But as per reports from UN and Ukrainian officials, no radiations released post the blast on the nuclear plant. 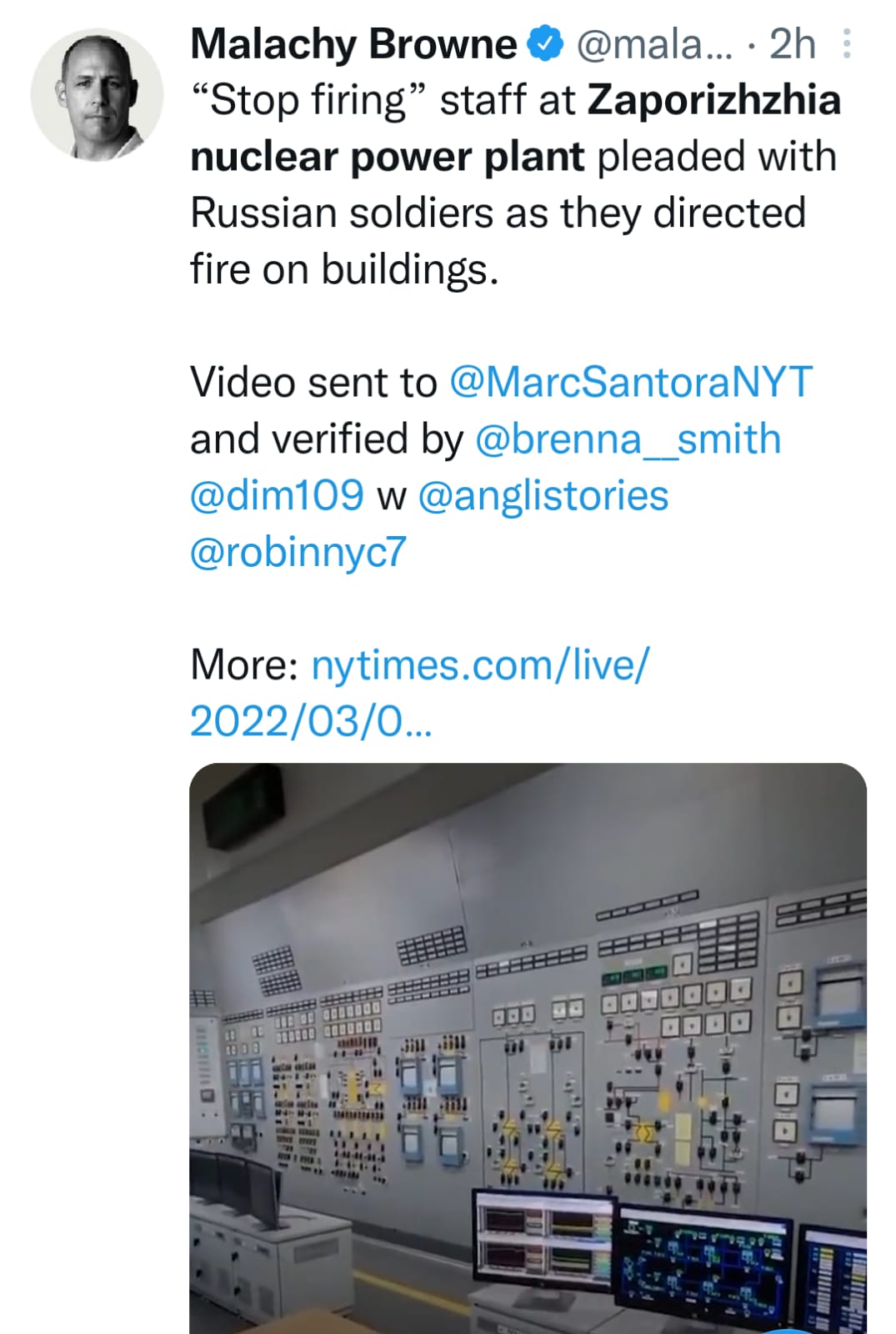 The nuclear plant Zaporizhzhia is the largest in Europe and is located in the southeastern city of Enerhodar at the banks of Dnieper. The Nuclear plant was named after the city of Zaporizhzhia.

This nuclear power plant is one of the main suppliers of electricity across Ukraine. It has the capacity to generate 40-42 billion KWh of electricity. This is almost 20% of the annual electricity production in the country. 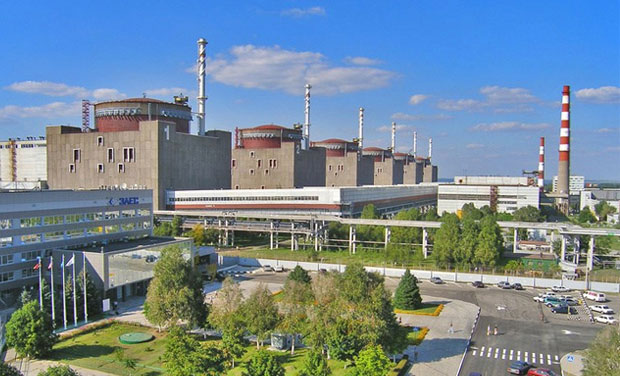 The city is famous for Dnieper Hydroelectric plant and island of Khortytsia. The city is also a very important producer of Aluminium, Steel, aircraft engines, Automobiles part and other heavy industrial goods.

Why Russian Invasion In NPP Is Alarming?

The attack on the Zaporizhzhia NPP by Russia could spark another catastrophe similar to the one that happened in the Chernobyl accident in 1986. It is still considered as one of the world’s worst disasters in the history of mankind. 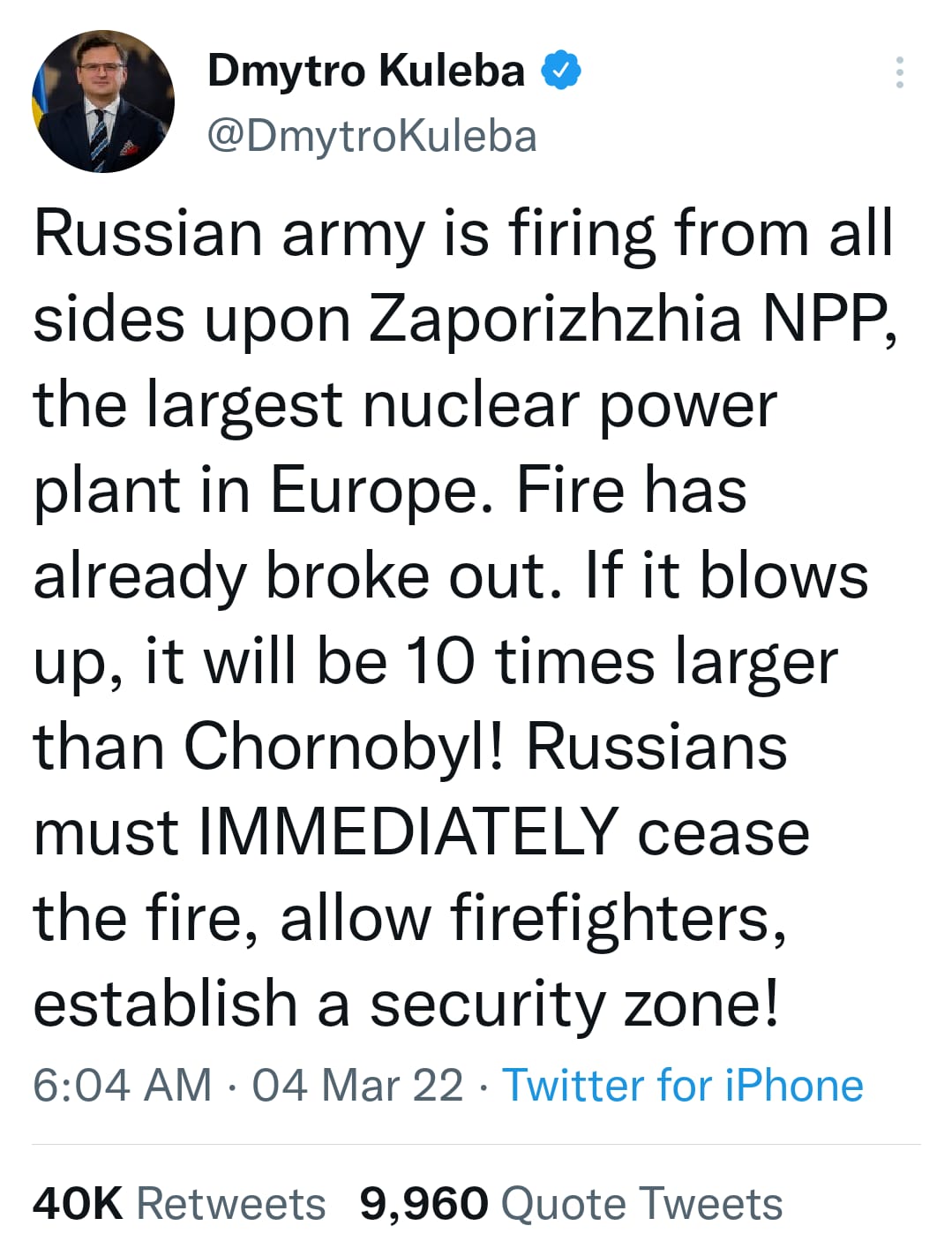 Ukraine’s Foreign Minister said if Zaporizhzhia NPP blows up then the outcome will be ten times severe for mankind as compared to the Chernobyl accident.

As of now, no leakage of nuclear radiations from the plant has been reported. The UN’s atomic watchdog suggested the Russian forces not to attack the Ukrainian NPP, with a warning of “severe danger” if reactors are hit.

After the reports of firing, the President of Ukraine Volodymyr Zelenskyy called for help from Europe to stop the ‘nuclear catastrophe’. A video message from the President said, “Only immediate action from Europe can stop the Russian troops” as Russian tanks are shooting the reactor blocks. 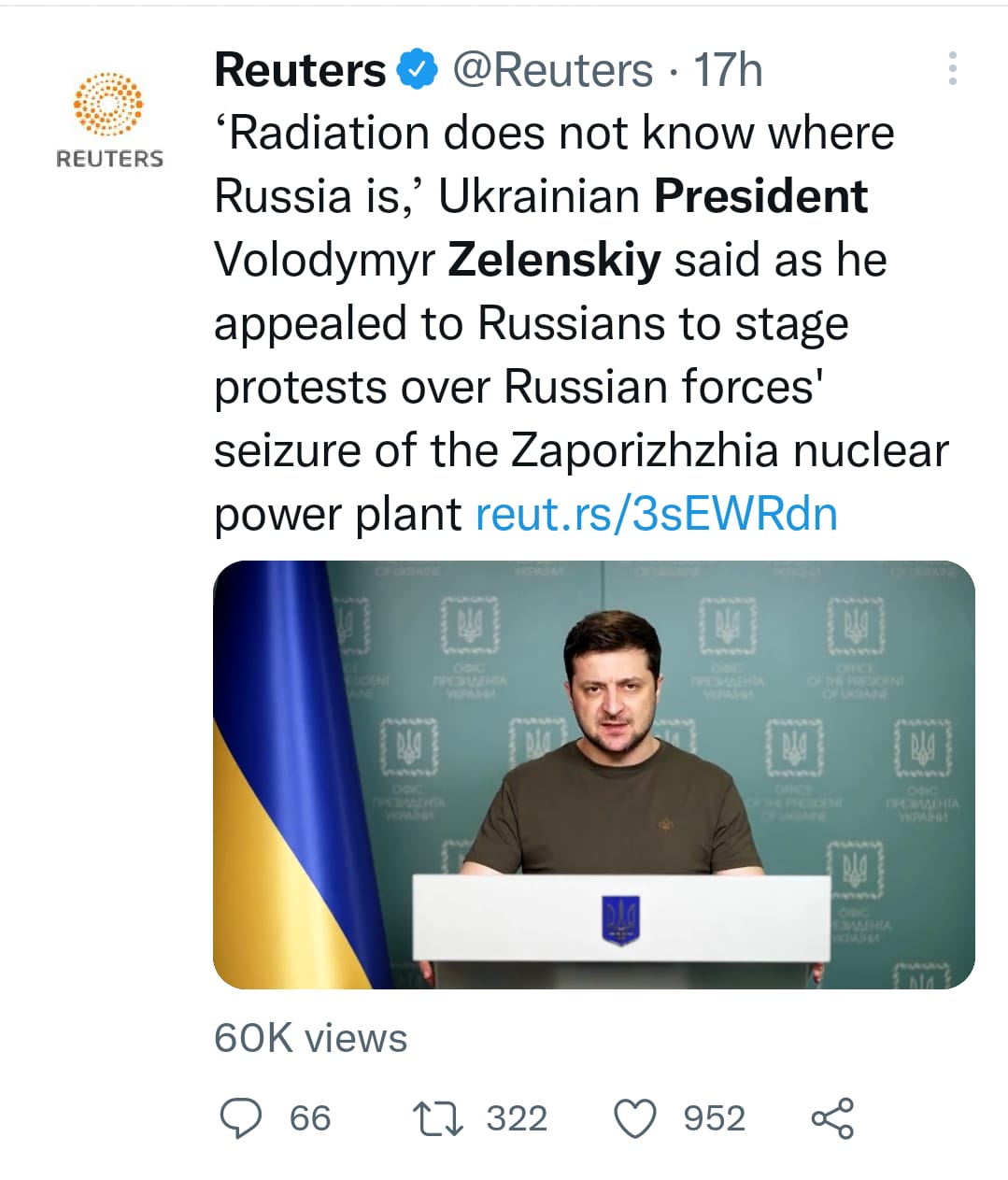 He also said, “Not a single state apart from Russia has ever shelled nuclear reactors. It is the first time in our history, in the history of humankind, that the terrorist state turned to nuclear terrorism.”

Zelenskyy also said that if any explosion happens in Zaporizhzhia then the whole of Europe have to be evacuated.