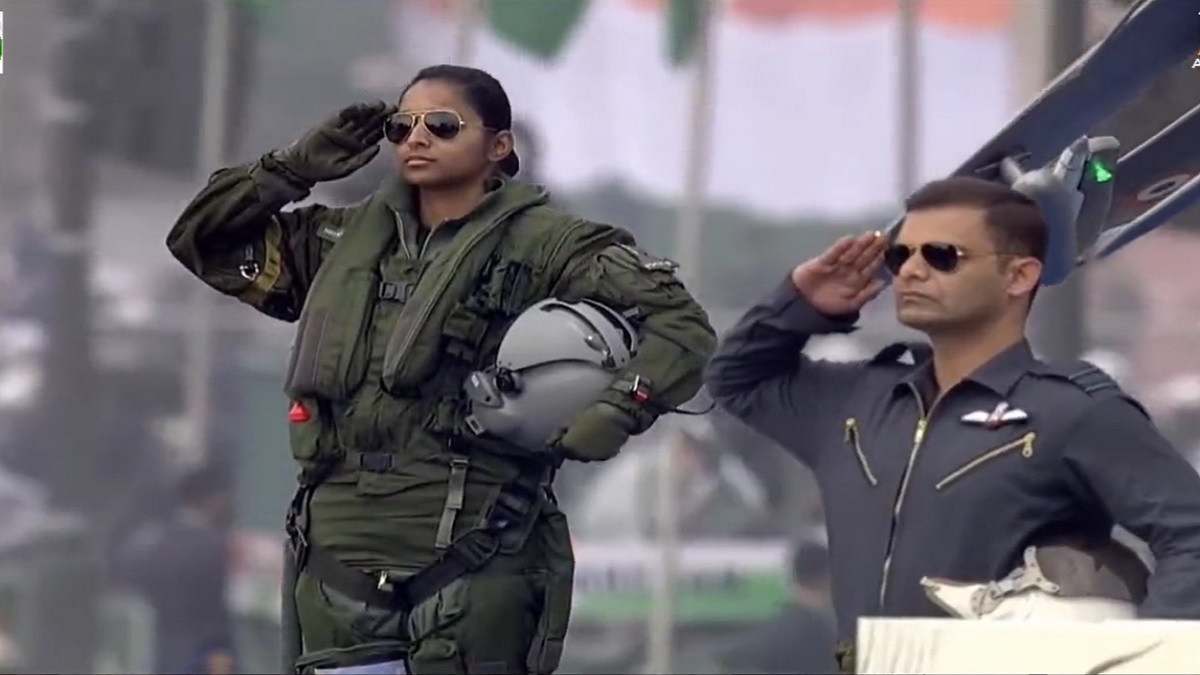 Flight Lieutenant Shivangi Singh is India’s first woman Rafale fighter jet pilot. This year, she was part of the Indian Air Force (IAF) tableau at the 73rd Republic Day. This year’s IAF tableau theme was based on ‘Indian Air Force transforming for the future’.

Shivangi Singh was born on March 15, 1995, and hails from Varanasi. She joined IAF in 2017 and was commissioned in the IAF’s second batch of women fighter pilots. She has been flying the MiG-21 Bison aircraft before flying the Rafale.

Singh is a part of the IAF’s Golden Arrows squadron based in Ambala, Punjab. She is the new trending name on social media since yesterday. People all over the country are congratulating her including very famous personalities like Anand Mahindra. He tweeted, “Yesssss! You show them Shivangi! You are our RafaleRani.”

The Rafale fighter jets are known for their superior and precise strike. They are India’s first major acquisition of fighter planes in 23 years after Sukhoi jets from Russia. The first-ever batch of Rafale arrived in India on July 29, 2020.

Rafale’s procurement of 36 units was made at a cost of Rs 59,000 core. This has remained a controversy pointed out by the opposition. The fighter jets were formally launched into the IAF on September 10, 2020.

The second batch of three Rafale jets arrived in India on November 4, 2020, at the Jamnagar Airbase in Gujarat. As of now, India has 30 units out of 36 and the remaining jets are expected to be delivered by April 2022.