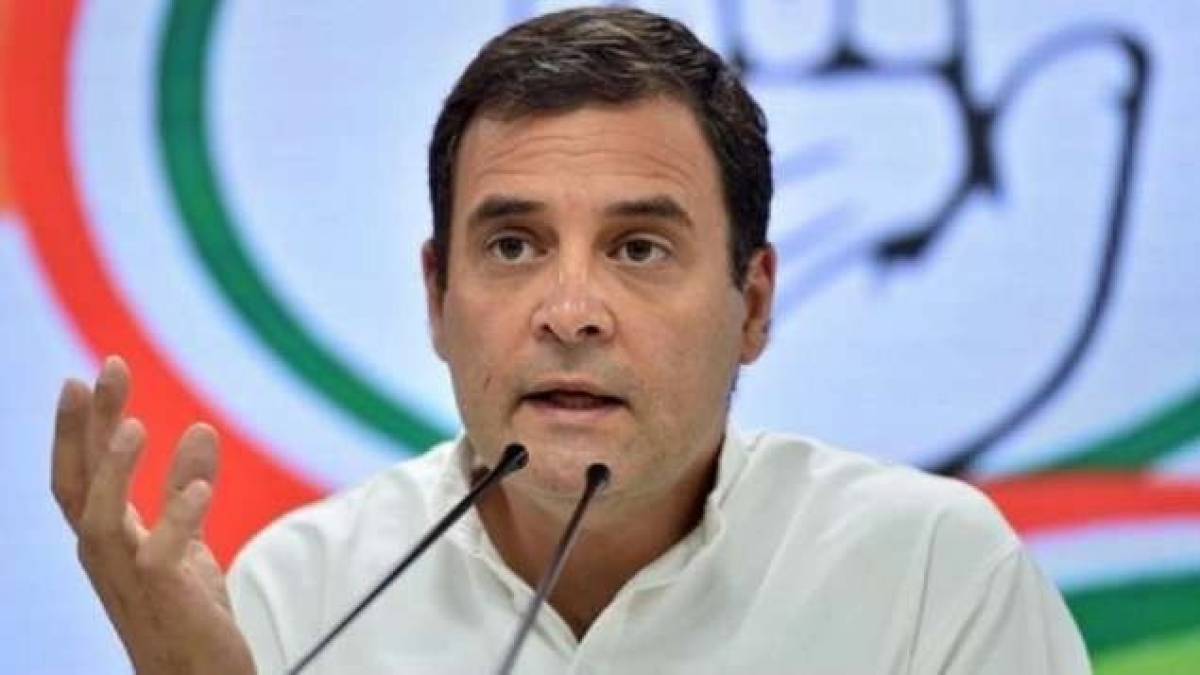 Rahul Gandhi in Hoshiarpur, Punjab addressed the rally and requested people to vote for the Congress party. He said this is not the time to do experiments, “stick to those people who stood by you… Congress has always worked for people, understanding their feelings and culture,” he said.

Rahul Gandhi said that maintaining peace in the state is the most important issue and his party was capable of doing it. He adds we understand Punjab and its people and we are the ones who can take the state forward with love, unity and brotherhood.

The Congress leader pointed out the policies of PM Modi and the BJP government like the GST, black money, demonetisation. He asked why did Modi Ji not talk about employment. Youth is suffering from the unemployment rate, which is maximum in the last 50 years.

“Modi Ji never spoke about the farmers who lost their lives in the protest, they have no data of that with them. Modi ji brought Demonetization but never talks about the 15 lakh rupees that he promised. THE Pm claimed 2 crore employment every year where are they?” he said.

Rahul Gandhi also targeted Union home minister, Amit Shah, who spoke about the drug menace in the state. On which Rahul Gandhi replied saying, “Why he never spoke on the issue when his alliance partner Shiromani Akali Dal was in power in Punjab. He also promised that we will work on this issue and will wipe it out of the state,” he said.

Rahul Gandhi added, “Punjab’s peace is the most important thing. Remember, this is not a laboratory. It’s not a place to carry out an experiment. You understand the Congress party. It can take everyone along and maintain peace. We have experience in doing so. This is not time to experiment.”

Talking about the AAP government, he said that they do not understand Punjab and cannot run the state. AAP claimed that they have done wonders with COVID-19. “People were crying for oxygen, beds, and medicines,” he said.

The Congress youth workers were providing oxygen cylinders. He asks if they have changed the system so well why people lost their lives.

Rahul Gandhi said that he wants the people of Punjab to choose a government who works for the poor and needy. Who believes in the brotherhood and unity to move forward.

“We are not here for 2-3 industrialists. We are pro-farmers we stood by them at every step from parliament to the roads. We were sure that the three black laws will be repealed because we know to understand you and your essence,” he said.

Rahul Gandhi praised CM Channi for his outstanding work in such a small span of time. “Channi Ji took decisions for the common man like reducing electricity tariffs, waving off loans, fuel prices, etc thus giving away benefits of Rs 3,200 crore to the Punjab common people,” he added.