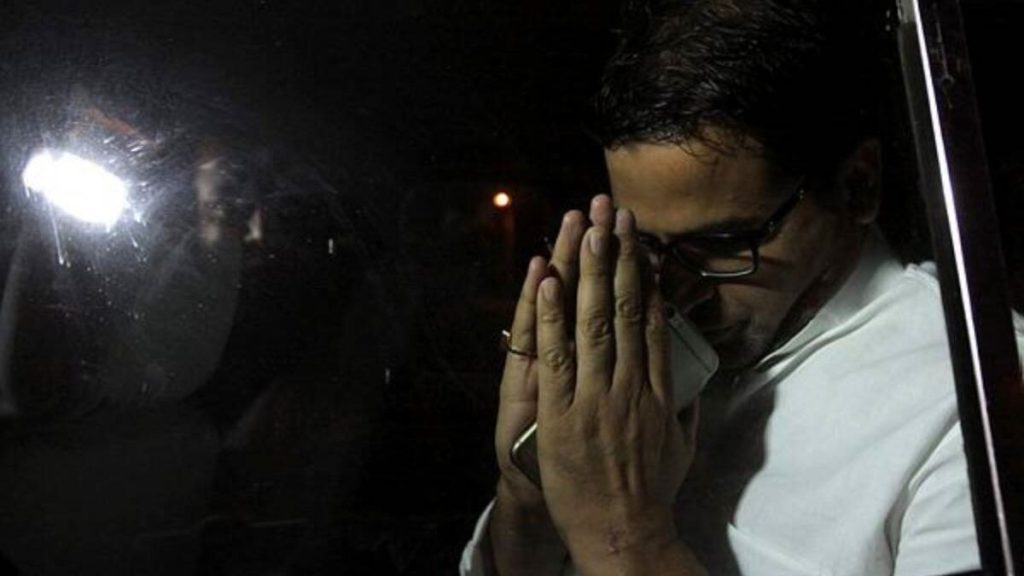 Political strategist Prashant Kishor has turned down Congress’ offer to join as a part of its Empowered Action Group, dismissing the speculations regarding his possible entry into India’s grand old party. Reports suggest that the Congress party declined to give Kishor a free hand, despite acknowledging the need for a strategic transformation ahead of the 2024 general election.

“I declined the generous offer of #congress to join the party as part of the EAG & take responsibility for the elections,” Kishor said in a tweet. “In my humble opinion, more than me the party needs leadership and collective will to fix the deep-rooted structural problems through transformational reforms,” he added. 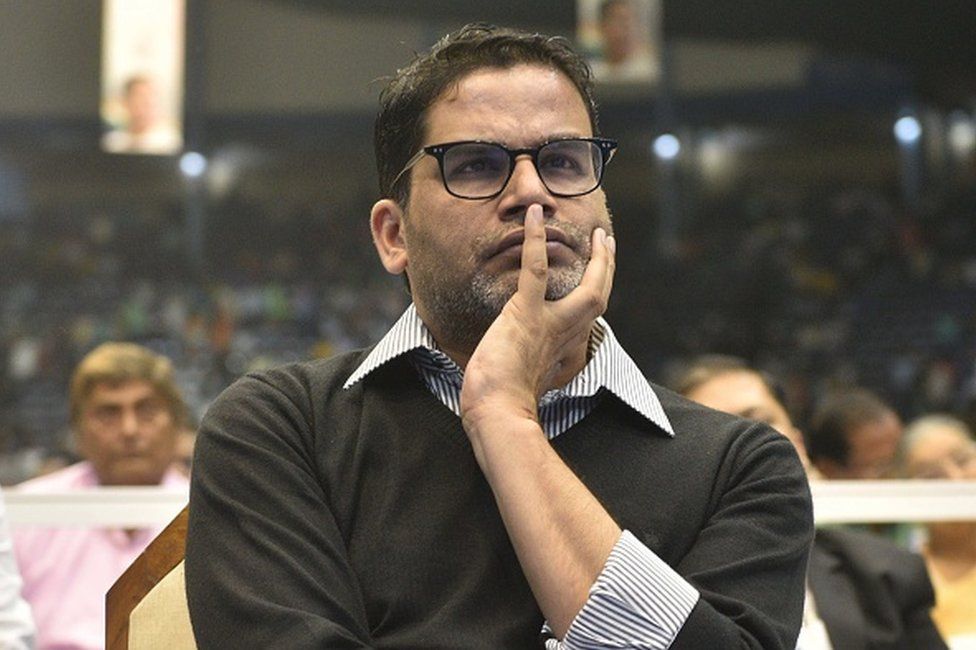 A section of senior Congress leaders including Jairam Ramesh, Mukul Wasnik, Randeep Surjewala and Digvijaya Singh opposed the decision to induct Kishor into the party due to his links with political rivals such as Trinamool chief Mamata Banerjee and Andhra Pradesh chief minister Jagan Mohan Reddy.

Amid reservations among several senior leaders regarding Kishor’s plan to rejuvenate Congress ahead of the upcoming national election, let’s take look at the election strategist’s career – his association with several political parties in the past.

He began his association with the then chief minister of Gujarat Narendra Modi in 2010 as an advisor on health issues in the state. He started organising campaigns on topics related to healthcare and later wrote speeches for Modi.

Months before the 2014 national election, Kishor created innovative ad campaigns including Chai Pe Charcha, Manthan and Run for Unity among others for the then PM candidate Narendra Modi. It was after the major success of the BJP that Kishor was considered the kingmaker.

Kishor employed over 1,200 members to run the prime ministerial campaign across 13 states.

Kishor’s consultancy firm I-PAC played a major role in leading Nitish Kumar to win the third term as chief minister. The firm went to over 40,000 villages in Bihar to discover information regarding different issues, that were later utilised to draft campaigns. 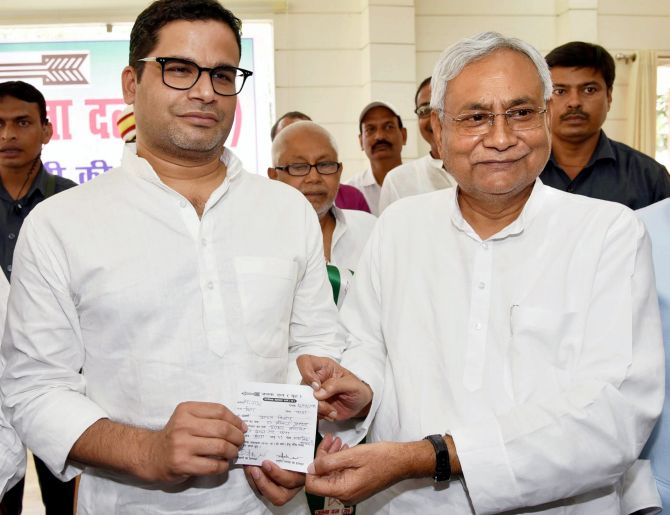 Nitish Kumar later offered Kishor a position as his advisor for planning and programme implementation after he joined the party in 2018.  Later, Kishor had a fall out with JD(U) after Nitish supported the Centre’s Citizenship Amendment Act and left the party.

Congress asked Kishor to put a spotlight on the then Punjab CM Captain Amarinder Singh during the 2017 Assembly election. Several state Congress leaders made controversial remarks regarding the Captain and expressed dissatisfaction with him during the time. Kishor’s job was to deflect public attention from the whole incident. 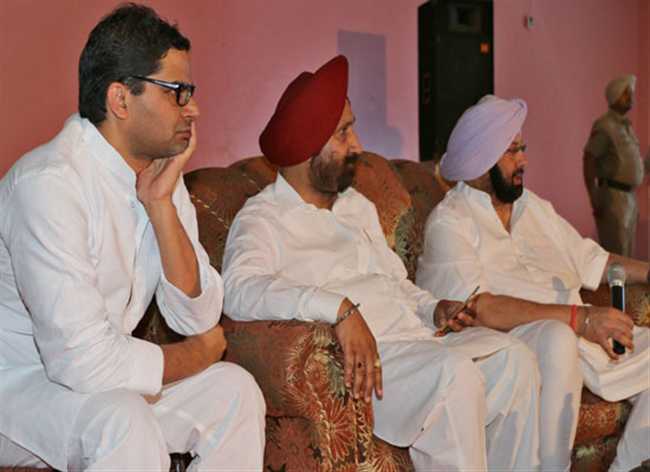 Kishor’s next project was the 2019 Andhra Pradesh Assembly election where he designed several campaigns for YSR Congress’ YS Jaganmohan Reddy. A 3,648-km-long ‘praja sankalpa yatra’ was also organised which took 341 days to cover. 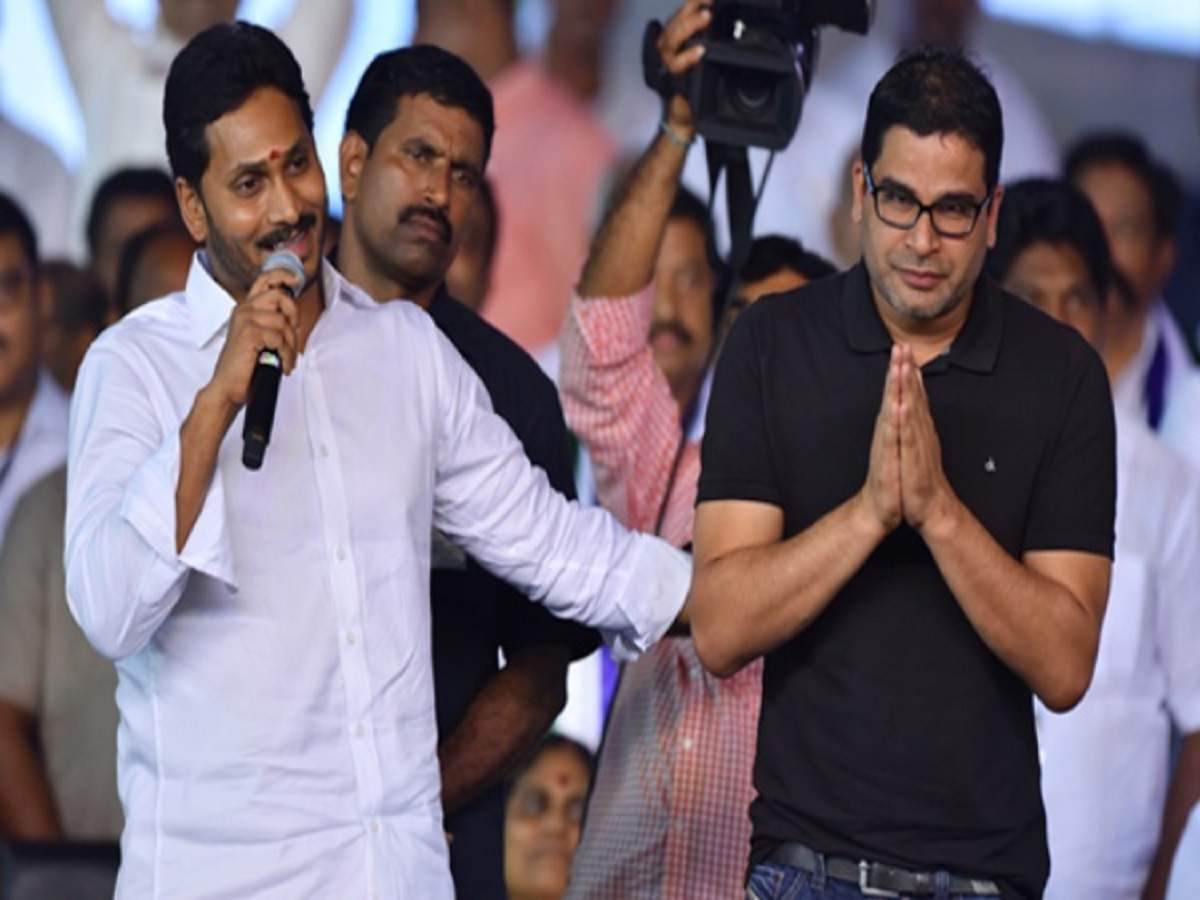 I-PAC was behind the success of YSRCP’s growth from the polling booth level. It organised a total of 35 campaigns over the period of two years before the Assembly election – 18 online and 17 on the ground.

As a part of his Kishor’s strategy, Reddy sent out personal letters to over 60,000 village-level influencers seeking suggestions to develop the state. The party also managed to reach out to more than 1 crore households before the election.

Jagan Reddy marked a thumping win following the success of Kishor’s strategies and 400-member I-PAC on the field.

The phenomenal victory of the Aam Aadmi Party in the 2020 Assembly election can be considered Kishor’s one of the biggest success. Arvind Kejriwal signed him after being sacked by Nitish Kumar. 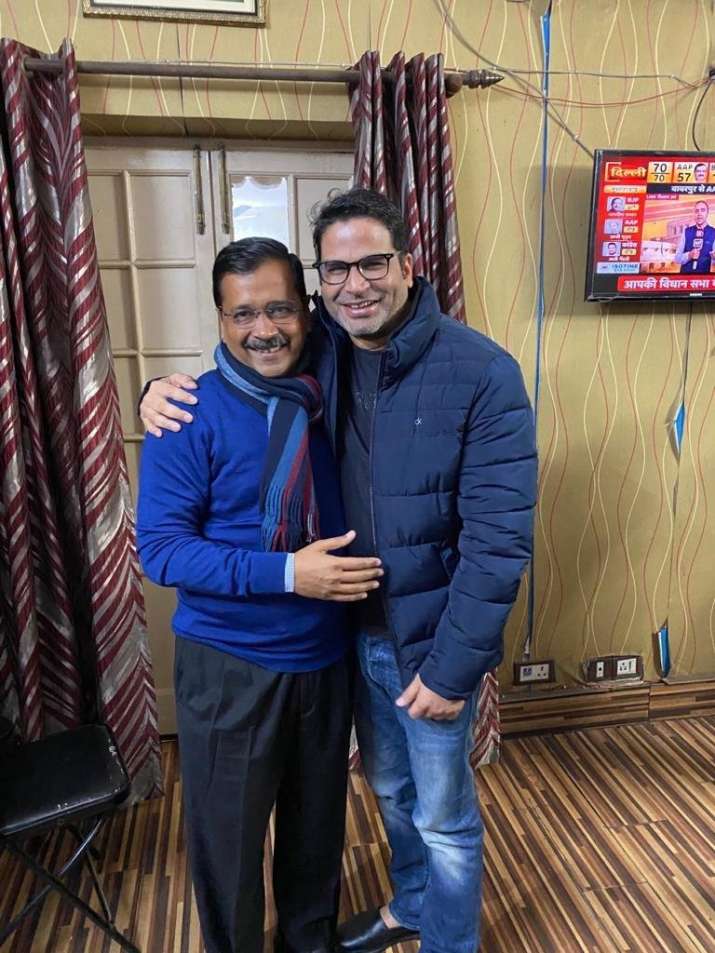 According to reports, Kishor offered nothing more than advice to Kejriwal ahead of the election. He suggested that Delhi CM rebrand himself as the developmental man. His suggestions were a success as AAP won 62 out of 70 seats.

TMC and DMK during 2021 Assembly elections 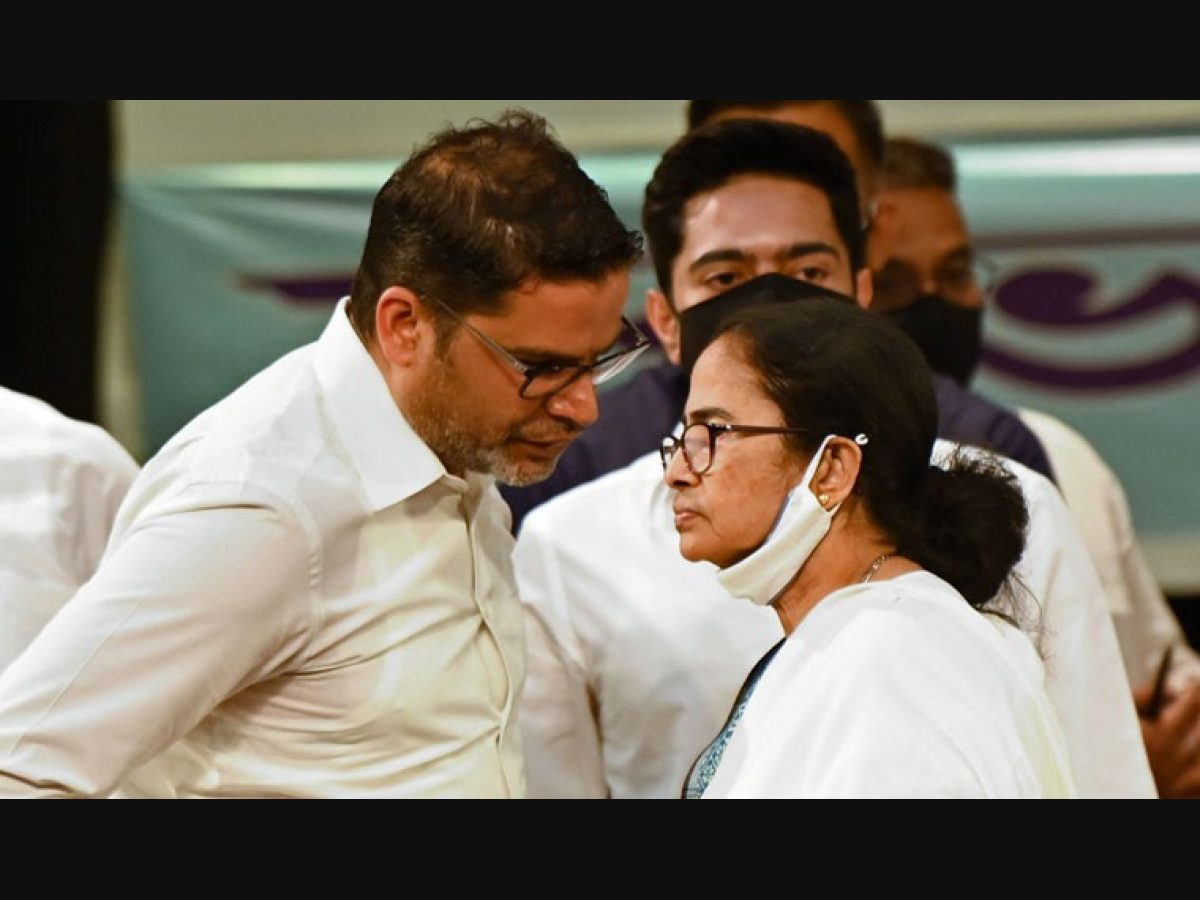 I-PAC expanded its arm into West Bengal during the Assembly election and helped strategise for TMC effectively. Kishor was all over the place during Mamata’s election campaign. He strategised some key campaigns that are people-centric such as ‘Duare Sarkar’ and ‘Didi Ke Bolo’. He devised the insider-versus-outsider narrative opposing BJP’s bid to talk about Bengal’s cultural icons.

In Tamil Nadu, Kishor proved successful in leading DMK’s MK Stalin to win the Assembly election and become the chief minister. The DMK-Congress alliance made a comeback in the state after traipsing into the wilderness for a decade. 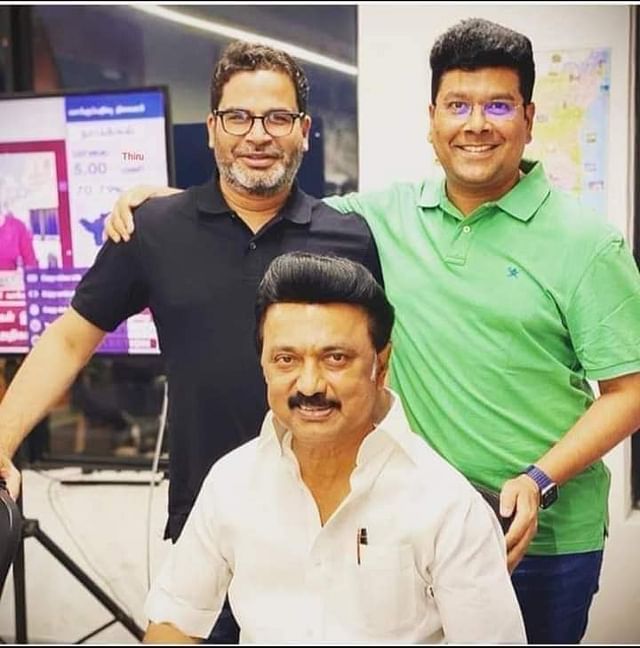 Kishor re-branded Stalin in line with the iconic figure and former CM M Karunanidhi in the political landscape of the state. His political advocacy group assisted DMK to conduct outreach programmes during the COVID lockdown.