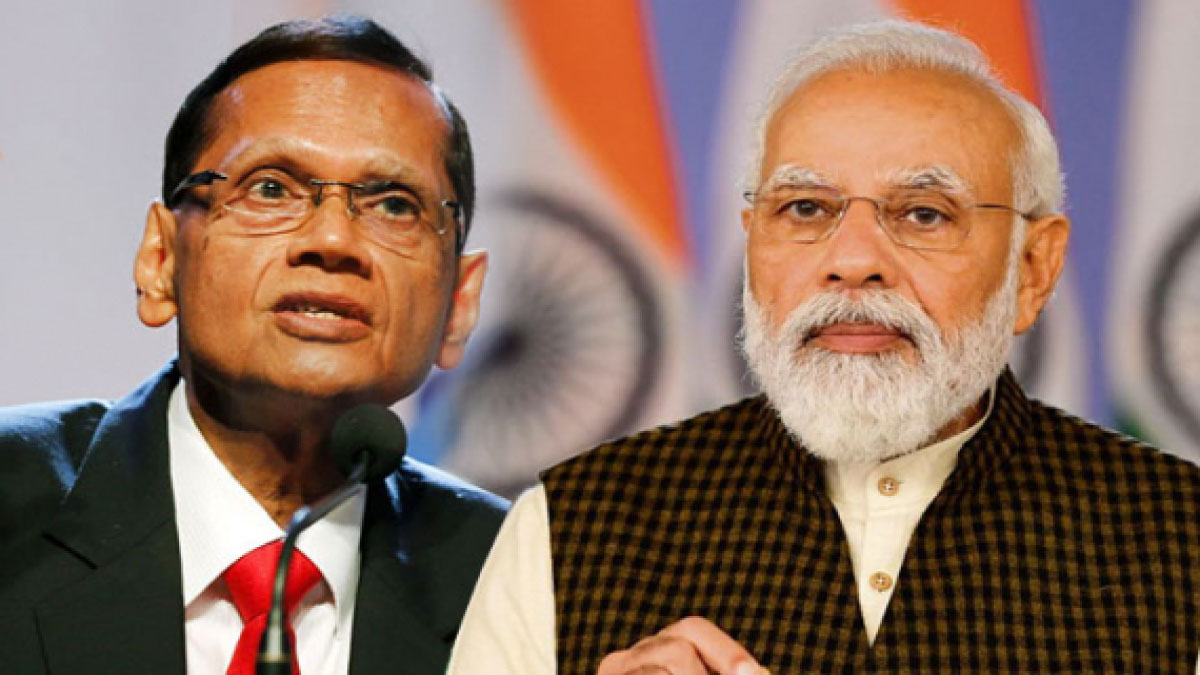 In the midst of a severe economic crisis, the foreign minister of Sri Lanka G L Peiris came for a two day visit to India. He thanked India for providing them $2.40 billion in assistance at a “critical juncture”. He said that the people of Sri Lanka look at India as their true friend.

However, Tamil’s Concerns did not find any mention in the bilateral statements issued by both sides. It was referred to only in the statement issued by New Delhi. Sri Lanka MFA kept absolutely mum on the contentious Tamil issue.

The former chief minister of Sri Lanka’s Jaffna now a Tamil MP C. V. Wigneswaran warned India of being deceived by Sri Lanka. He said that economically, Sri Lanka is in dire strait and caught in a debt trap by China. He faulted India’s foreign policy towards his country.

He pointed out Sri Lanka went back on its multiple promises including devolution of power to its Tamil population. At present, Chinese power is growing in Sri Lanka and the leaders are hell bent upon pursuing China’s wishes.

He warned that China is eyeing 3 islands in the country’s Northern Province which are very close to India. China has approached Sri Lanka that they are interested to set up facilities to generate electricity there. But he cautioned that it would be a threat  to India if China is granted the permission.

Apart from this, the foreign minister will request India to support Sri Lanka in the debate which the U.N Human Right Council in Geneva is going to hold on Feb 28 on human rights abuses by its army during the end of the Civil War in the Island. So, he said that Sri Lankan needs India’s help, but,  the country should not be carried away by the Minister’s eloquence.

The minister was very clear in his statement that they have a right to secure loan from China to tide over economic crisis and for the purpose of developments of the Island. But it is a sovereign country, therefore  it will not allow any country to use its land to attack India. He emphasized that China is a friend, but India is a friend and the closest neighbor.

It is true that India-Sri Lanka relations entered rough weather when India noticed that Colombo tilted  towards Beijing. The country’s Capital permitted China to develop power plants on the island nation very close to Indian mainland. Relationship also got a jolt when Sri Lanka scrapped ECT project which was supposed to be given to India. It is reported that the govt yielded to the opposition by the trade unions to award the project to India.

India also wants Colombo to implement long pending demand of the 13th amendment of its constitution giving greater representation to Tamil minority.  Diplomats feel that there is a strain in our relation because of deep seated grievances dating back to the Civil War. They hold India responsible for the rise of LTTE and the subsequent Civil War that ravaged the country for more than 20 to 25 years . Hence, India is no longer trusted as a friend and a neighbor. They will naturally continue to  have a lingering doubt. Therefore India has to proceed very cautiously.