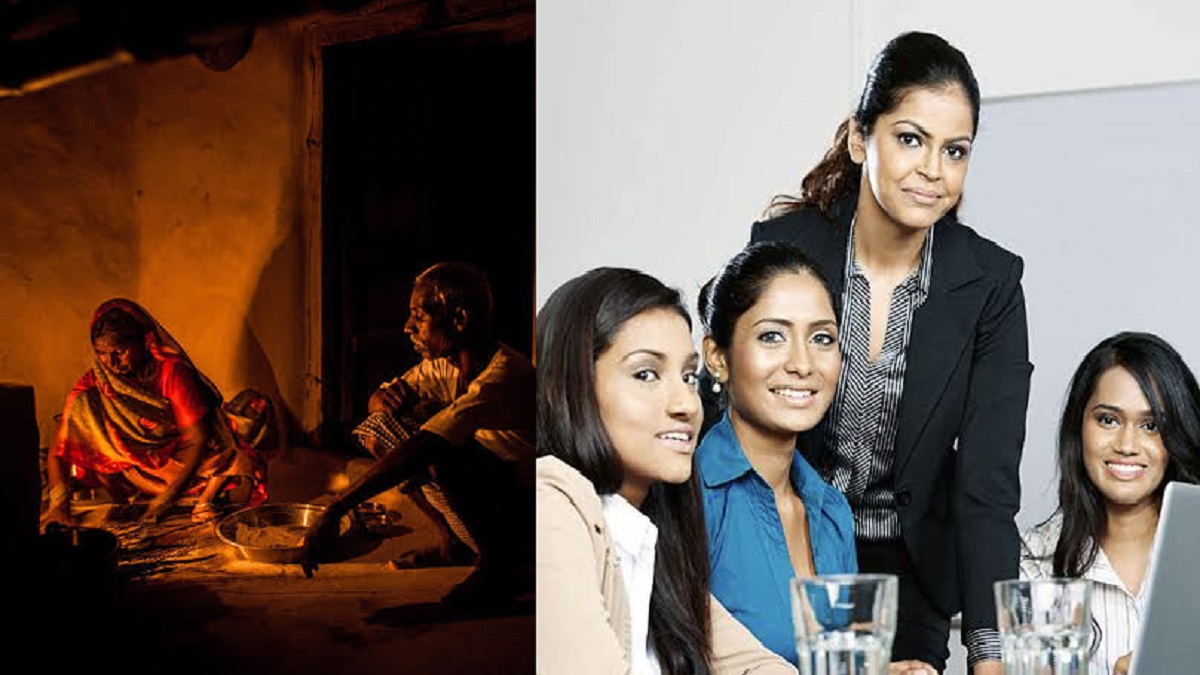 Coal, fuel and electricity are running short and getting dearer in India and the world. It’s a good time to look at our collective crises from a gendered perspective.

Picture this: An international bottle-neck in crude oil supply is driving up cooking fuel prices. At home the gas-stove rusts away and the hearth is crackling with a renewed fire. But, the hearth is a heartless, demanding, and debilitating thing. Now the lady of the house has to spend extra hours collecting biomass fuel for it. It’s fire demands the oxygen of her lungs to flare up. In return, it fills her over-exerted lungs with carbon monoxide.

The first scenario is from the energy/electricity crisis in Lebanon. The second is a picture of a rural home in India where LPG is getting dearer by the day. But is it really Lebanon? Is it only India? Or is it Africa? Perhaps it is Venezuela? Or the Siberian Tundra?

Sadly, these scenes tend to play out across the world when energy is short on supply. Women bear the brunt of almost every economic, ecological and political crisis. Even when they are not the primary care-givers of the family, they remain the first point of sacrifice. This makes every progress in gender rights, every new ease-of-life achieved, and every future prospect of women’s lives extremely fragile.

Women’s empowerment in India is neither up to desirable levels, nor are its meagre achievements cast in stone. Rolling back women’s rights is often the most automatic reaction, and the most popular solution offered for every imaginable problem. Now put these tendencies into the framework of a massive energy crisis. You will notice more and more women getting pushed out of the mainstream and into the margins. Soon, those margins start to clog-up with stories of pain, suffering, oppressions and deprivations of all kinds:

No coal for the electric power plant? Scroll to the top of the article for perspective.

No cheap cooking fuel? Daughters can study less, and help their mothers a little more. It is sacred duty to help mothers after all. Granted, it is. But then, women apparently do not accumulate good karma from work outside the house, and men don’t gain any from the work inside of it.

On an average, Indian women tend to spend 4-6 hours in cooking activities. If the cooking fuel is firewood, the data worsens still further. Working hours in a day stretch to as much as 17-18 hours. Such women spend close to 40 hours each month collecting and readying biomass for their households.

If that scenario isn’t bleak enough, add gender-violence into the fray. Lack of energy supply reduces the spread of the electricity grid. This in turn leads to growing patches of unlit zones. Invariably such spaces become prowling grounds for sexual offenders. Moreover, confined and home-bound women generally tend to be less forthcoming to report sexual crimes perpetrated within or outside homes.

Women pay for every form of energy shortage with their time, health, safety and with their educational, professional and entrepreneurial opportunities.

It’s evidently crisis-time in India. But then, it’s also an opportunity to turn over a new leaf in our policy making processes. Policy-making everywhere in the world is dominated primarily by economic concerns, not social ones. Till date the first questions at the policy table are: What does the economy need? What do our industries need? What do our cities need?

Likewise, India’s policy-making tables in the government and in private institutions are dangerously unequal. Caste, class, religion, and gender imbalances plague every space from corporate boardrooms to parliament halls. Incorporation of marginal voices remains slow and faces considerable resistance. No wonder modern energy resources are slow to reach the last person in the line. The shortages though, are quick to hit that last person the hardest.

Energy is a highly gendered sector in practice, but is rarely ever so in its planning. Women often tend to have their finger on the pulse of every section of society. Incorporating women from all walks of society is an excellent way to ascertain the average population’s energy needs and hassles. Women after all, are intimately and actively connected to the private lives of the sections they come from. Their inputs will help to expand the reach and benefits of modern energy resources.

Gender-balanced energy planning has the potential to promote a doubly productive economy. After all, women comprise half of the human demographic. Emancipating women from the confines of fear, inability, latent biases, burdens and restrictions, is bound to create an exuberant economy. If all this doesn’t qualify as good economics, I don’t know what else does.

Hopefully we see good sense and progressive policy making before the light goes out again.