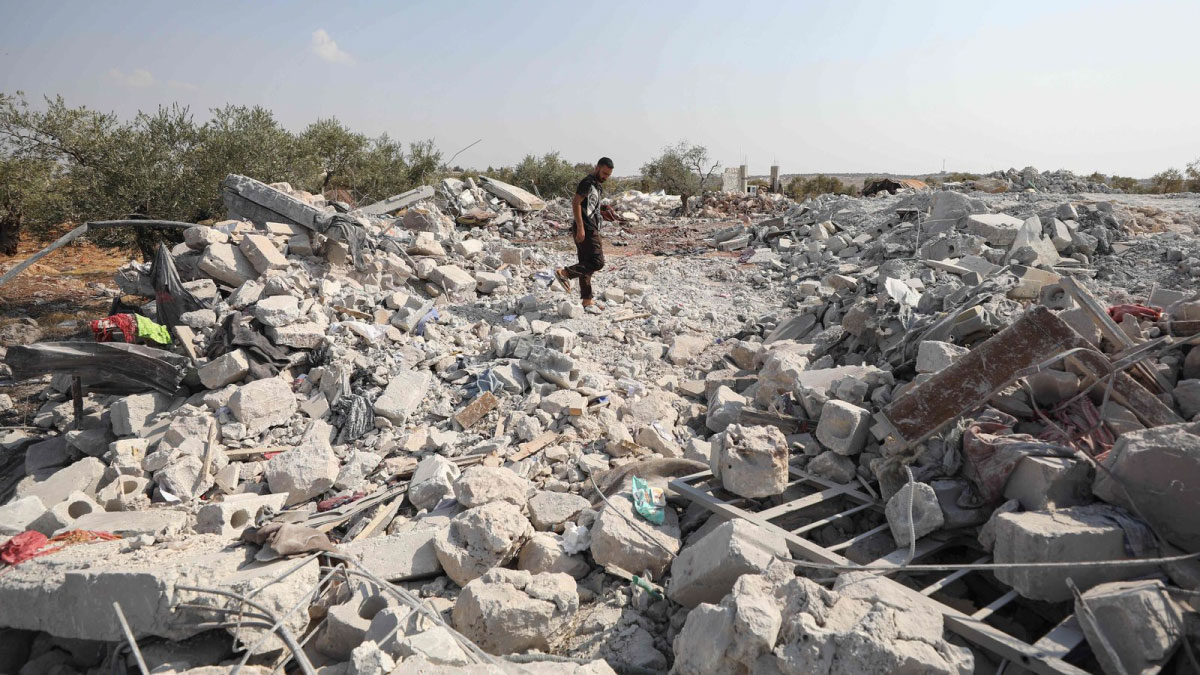 The dreaded ISIS chief Abu Ibrahim al-Qurashi was killed in a daring US raid in Syria a few days ago. It was a night-time airborne operation that targeted his house in the town of Atme where he had been hiding for the last 11 months.

Surrendered by the US forces, Qurashi killed himself and his family members, his two wives and his children, by detonating a bomb to avoid capture. His sister who was staying with him in the same house with her adult daughter also died. Qurashi was living in a rented house and part of the house blew off which confirmed that an explosion occurred in the house.

The report said besides Qurashi’s family members, two more persons close to him were also killed. They were shot and killed by the forces.

American forces had taken his fingerprints at the site but it is not clear whether the body was left behind or taken away by them. The head of the US Central l Command said that though his forces asked him to save himself by surrendering, instead he took a chance he killed himself.

How Was He Located?

It is understood that the US was able to locate his house last year. It is said that the US collected the information about Qurashi’s whereabouts by pressuring Turkey. The country has a good working relationship with the jihadist group HTS (Hayat Tahir al-Sham) that controls the Idlib area. ISIS had mounted an attack on the prison under the control of the Kurdish located in the northeastern city of Hasakeh and succeeded in freeing a large number of ISIS prisoners imprisoned there for some time.

Intelligence reports linked Qurashi to the prison attack and consequently the US conducted a raid on him at the time of this attack. The US might have gotten the clues from the trajectories and communications of the prisoners who broke free from the prison.

Importance Of Idlib For ISIS Leaders

It is reported that the region called Idlib had emerged as a very suitable and safe haven for the ISIS leaders. Qurashi’s predecessor Abu Bakr al Baghdadi was also spotted hiding there and subsequently killed by the US forces. He died just 15 km away from Atme where Qurashi killed himself.

This region is inhabited by war-displaced people. The area is not administered properly, with no proper policing, no real estate structure or record keeping. The ISIS leaders consider this place safe for them. They avoid two places for hiding- western Iraq and eastern Syria because the anti-ISIS Jihadists are very active and in full control of these regions. Therefore, ISIS men can be easily traced by these jihadists. Hence Idlib is safe for them and Qurashi and his men were conducting the operations from there and also building business at this place.

At present, ISIS is a weak organisation and totally exposed. US’s raid on the hideout of the Chief proves that the US and Allied forces have mastered the tricks of tracing down ISIS leaders. No doubt the group has to find a  new ‘Caliph’. Unable to stabilize their stronghold, they are trying to spread to other countries.

This is a dangerous trend. It has to be stopped at any cost.  The world should be with the US and the Allied force’s that are relentlessly trying to hunt them down. It is undoubtedly a very deadly group with a single agenda of violence and killing. They should be put down with a heavy hand.