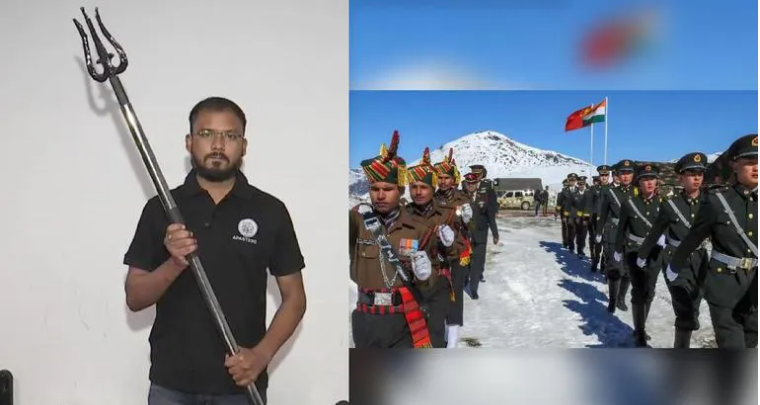 Last Sunday, the 13th round of Corps Commander-level talks between India and China failed to yield any outcome owing to the stubborn attitude of the latter. The Indian Army stated that the discussions focused on the resolution of the remaining issues along the Line of Actual Control.

Noida-based company Epasteron Pvt Ltd has developed these weapons inspired by traditional Indian weapons. These can be used to make the enemy unconscious or inactive for some time. Mohit Kumar, CTO of Epastron, said that the security forces had asked us to develop such weapons after the Chinese army used batons wrapped with barbed wire against Indian soldiers in Galvan.

Mohit told that the trident of Lord Shiva is considered a very deadly weapon. The input current supply inside the Trishul has been increased in the new Trishul. At the same time, Vajra is a metal stick, in which there are thorns all around. Apart from this, the current flowing in it can make the enemy unconscious for some time. Sapper punch means a punch that delivers an electric shock. It is waterproof and can work even in minus 30-degree temperatures.