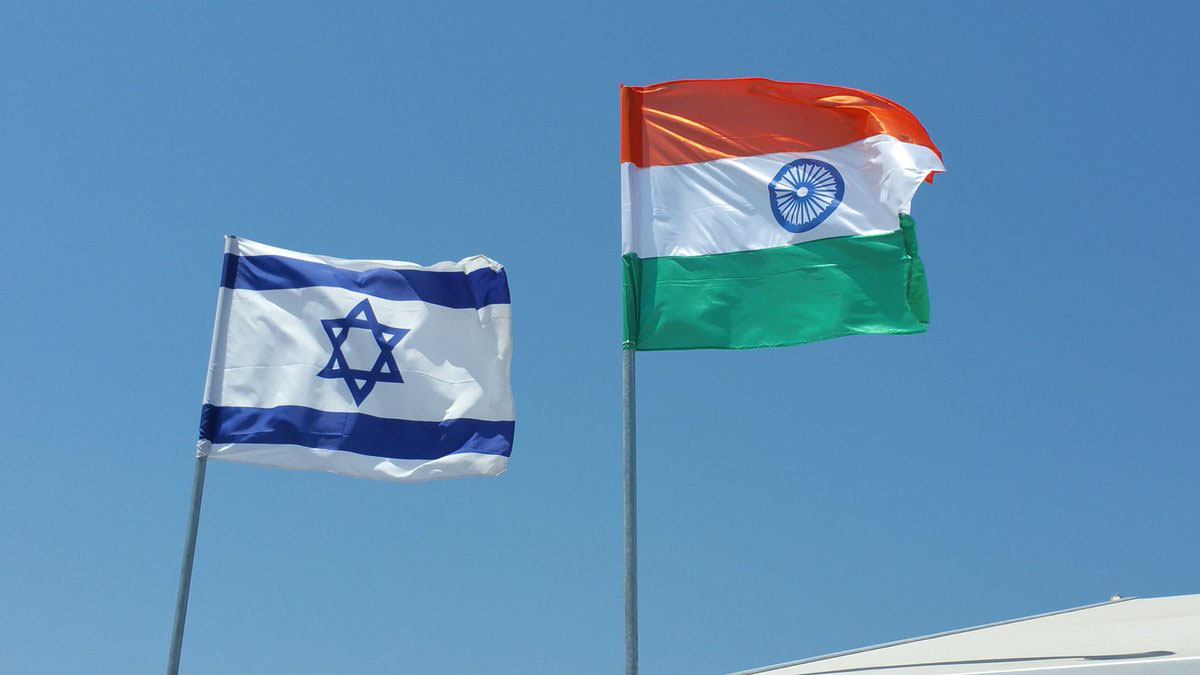 India and Israel are celebrating their 30 years of diplomatic relationship and a special bond based on humanity and friendship. On this occasion, both countries uniquely celebrated this special day by choosing important UNESCO heritage monuments of their respective countries.

India displayed the logo and flag of Israel along with its national tricolour flag on the gateway of India whereas Israel displayed a logo that was the combination of both the countries’ flags and displayed it on its most historical monument called Masada fortress.

Masada is a very important fortress situated near the dead sea. after Jerusalem, it’s the next most attractive tourist destination in Israel. It has a very close connection with Jewish, Islam, and Christianity. Both the monuments have their historical importance and cultural impact.

The logo uniquely holds its significance and is prepared by the governments of both the country together. The logo had the Star of David of the Israeli flag along with the Ashoka Chakra of the Indian flag. The number 30 signify the 30 years of India-Israel’s diplomatic relations.

India recognized Israel in 1950 but established diplomatic ties in 1992. India is now one of the 164 counties to have diplomatic ties with Israel. Few leaders would visit the country earlier from both sides. In 2000, Lal Krishna Advani was the first Indian minister who visited Israel and Jaswant Singh was the first foreign minister.

In 2003, Ariel Sharon was the first Israeli PM to visit India. Both the countries talked about the free trade agreement. Israel is a very reliable defence exporter, unlike other countries. It is known to stick to words. Recently, in the field of agriculture, Israel aims to make 150 rural places villages of excellence. India-Israel already has signed 10 years of defence cooperation plans.

India now openly calls Israel a friend, helping each other in time of need. India should also make these bonds stronger in future by improving its relations with Israel, keeping aside the Palestine controversy. India should not forget that Israel is the most reliable defence exporter India could have ever. therefore, indeed India-Israel nurture this relationship in the future also with mutual respect for each other’s national flags. after all, a friend in need is a friend indeed.