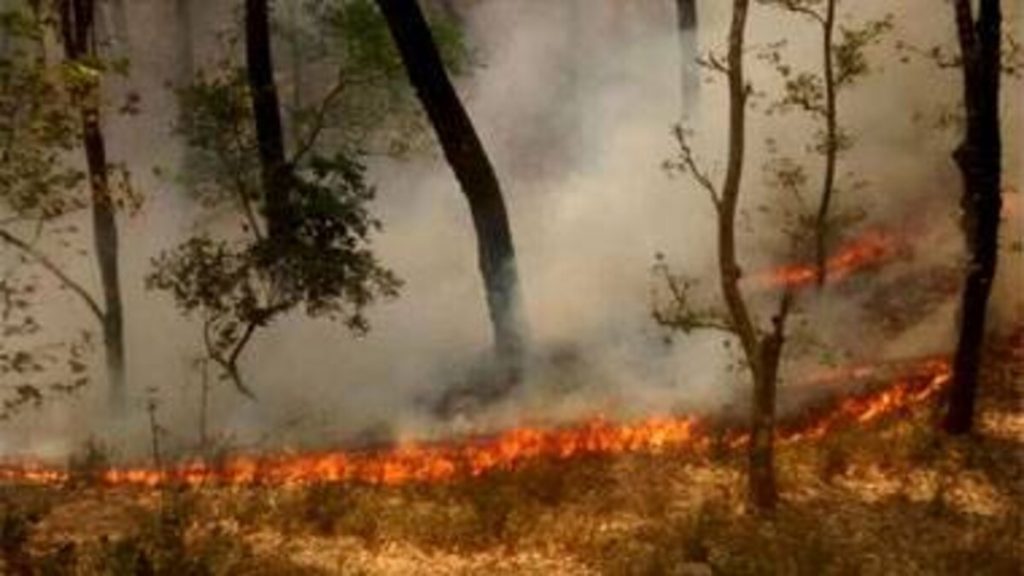 A study released by the Council on Energy, Environment and Water (CEEW) has found that within the past 20 years the intensity and frequency of forest fires, moreover as a rise within the number of months during which forest fires occur, have increased.

The study titled ‘Managing Forest Fires in an exceedingly Changing Climate’ found that within the past 20 years there has been a ten-fold increase in forest fires.

The study has also found that over 62% of the states in India are at risk of high-intensity forest fires. Significant and potential forest fires, within the last month, are reported in Madhya Pradesh, Uttarakhand, and Rajasthan.

The recent Sariska Tiger Reserve fire in Rajasthan was also reported to be unseasonal, with high temperatures causing the fireplace to spread. The CEEW study has found that the states of Assam, Madhya Pradesh, Andhra Pradesh, Odisha, Chhattisgarh, Maharashtra, Telangana, Uttarakhand, and therefore the north-eastern states barring Sikkim are most susceptible to high-intensity forest fires because of rapid temperature change.

In 2019, a Forest Survey of India in it’s report stated that in India 36 percent of the forest cover falls in forest fire-prone zones which is itself a powerful statement.

This study also reported that the sooner flood-prone districts of India have now become drought-prone. this is often because of a climate change-related swapping trend.

The report has recommended as well as suggested that forest fires should be treated as “natural disasters” and must be included under the National Disaster Management Authority so they will be properly managed. However, a collective approach is required at this point in time.