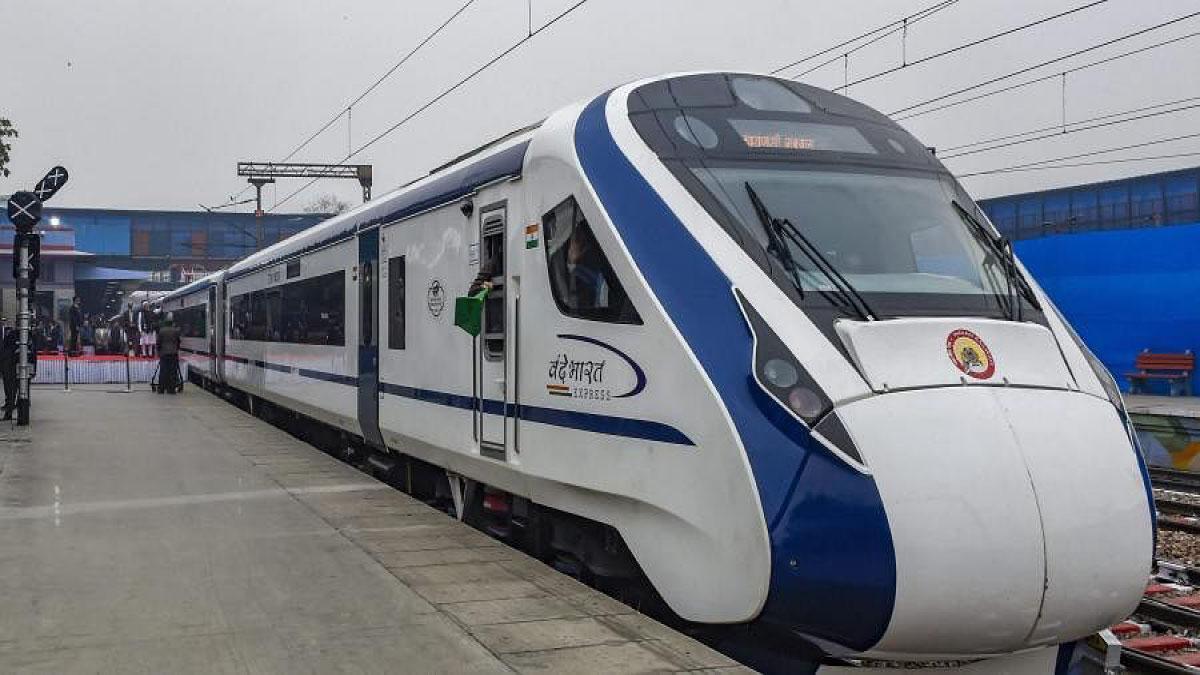 Grand changes are in the offing in the Railways and it has a plan to introduce 400 semi-high speed, air-conditioned trains across the country connecting different parts. The trains are supposed to start their operations by 2023.

According to the Union finance minister Nirmala Sitharaman, it is a new generation train which will offer greater efficiency and better travelling experiences to the passengers. Two factors are propelling Railways to introduce the new variety — improvement of Railway finances and operational efficiency. This will also strengthen the ‘Make in India’ initiative of the government.

Revealed in 2018, these trains are called Vande Bharat trains, also known as Train 18. It can run at 180 kmph, fully air-conditioned, with chair car sitting arrangements and looks like a bullet train. Currently, two trains are running on Delhi- Katra and Delhi-Varanasi routes.

What is unique is that no locomotive is necessary to pull the trains hence, turnaround time can be saved. With its speed of 180 kmph and faster acceleration and deceleration, it can cut down the travel time drastically, besides the trains being energy efficient.

The trains are also equipped with various facilities which will make travelling very comfortable. The railway minister explained that this category of train consists of three versions. The development and testing of the first version are over and it is already operating on the networks. The second version will be tested by April this year and its production will commence by August 2022. However, the third version is yet to be designed and developed.

According to passenger data, there has been a hike in Railway passengers to the extent of 2% per annum over the last few years with maximum growth in the AC category of passengers. It has also been found that AC cars are more profitable and the Railways are progressively replacing the non AC sleepers with economy class AC 3 tier coaches in order to generate more revenues. Railways are also introducing Vande Bharat trains on the high traffic routes of Delhi-  Mumbai and Delhi-Kolkata.

According to Padmanabhan, Director of CRISIL, these high-speed trains will help bring back the passengers who had switched over to roadways and low-cost airlines adding to the revenue generation.

The Centre has to think about those passengers who cannot afford to travel by AC coaches. Out of the total volume of Railway passengers, those travelling by air-conditioned coaches are a small percentage. The general passengers also need comfort and other facilities. Hence, it is imperative on the part of the Railways to focus on this aspect and try to generate revenues.

Manis Agarwal, an instrument specialist, was right when he said that Vande Bharat trains might not have too much impact on the Railways financial health.