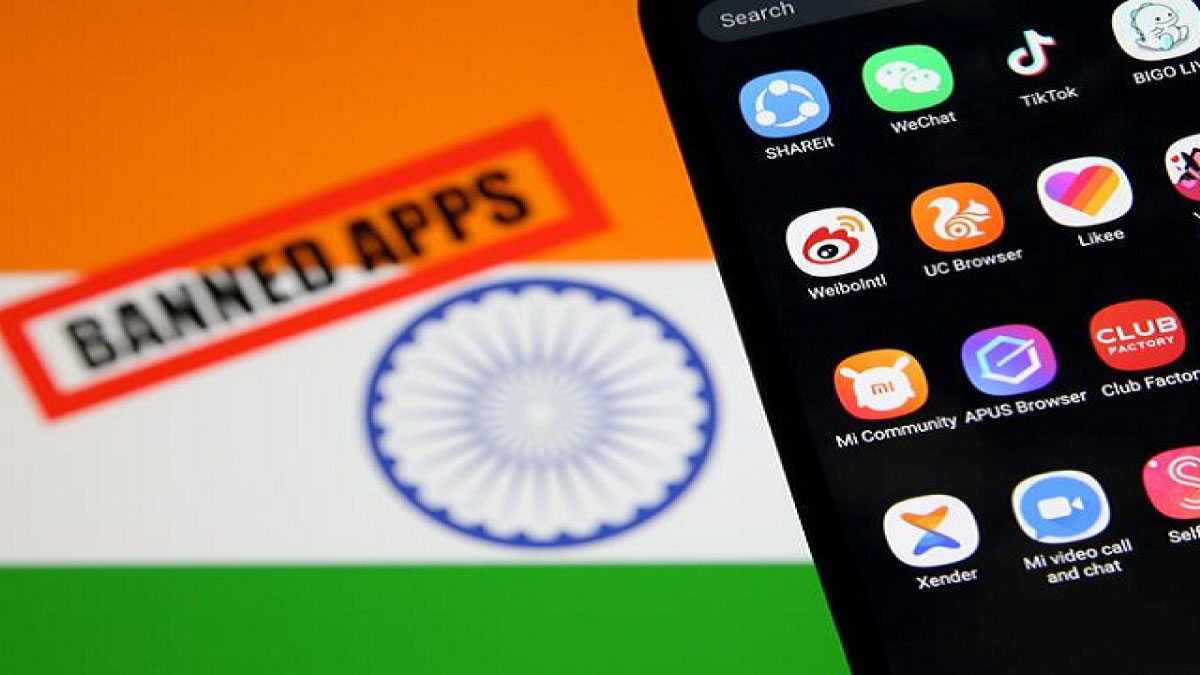 The Union information technology ministry (MeitY) has banned 54 Chinese apps pertaining to data abuse and security issues. The occlusion takes place under Section 69a of the MeitY. This is not the first time that such action has been taken by the Indian Government. In the past, the government had banned many Chinese apps including some big names like TikTok, PUBG, UCBrowser, WeChat, CamScanner and many more.

With the latest additions of more apps now the number of banned apps rises to 324. The new occluded apps lie in the categories of beauty, music, dating and gaming ones. The action is taken after a report by the Home Ministry which recommends the action pertaining to privacy and security issues.

Details Of The Apps Which Are Occluded

“These 54 apps allegedly obtains various critical permissions and collect sensitive user data. These collected real-time data are being misused and transmitted to servers located in hostile countries,” said the IT Ministry. The biggest name includes Garena Free Fire-Illuminate app, Beauty Camera, AppLock and other apps occluded are mostly clones of apps that were already banned in India since 2020.

This is the 5th major occlusion of Apps by the Union government amid the India-China border tension. In June 2020, the first major ban on the Chinese App took place. It included the most popular app across India known as TikTok. Along with many popular apps like Shareit, Xiaomi, Clash of Kings, Shein etc. This step was seen as a major blow to Chinese technology. In June 2020, a total of 59 Apps were banned by the Indian government.

Then in July 2020, the Centre had banned 47 apps. This time the ban included names like TikTok Lite, Helo Lite, VFY and others. After some time in September 2020, the government banned the most popular gaming app PUBG.

Once PUBG was even got a mentioning by the PM of India during his popular programme “Mann Ki Baat”. This time the number of apps banned was 118. Furthermore, in November 2020, the government bans another 43 Chinese apps like snack Video, AliExpress and AliPay.

As we all know that in the last few years India-China relationship is going through turmoil because of multiple issues. The main being the border security issue. As it is seen multiple times that China tries to intrude in India but nothing much came out from government statements.

As per banning the apps theory concern, India stands firm that by banning Chinese technology we are hitting the Chinese economy as China is hugely dependent on it. India has the maximum user of these Chinese Apps. Till now banning 324 Apps have put a dent in the Chinese market, as per Indian government policy.