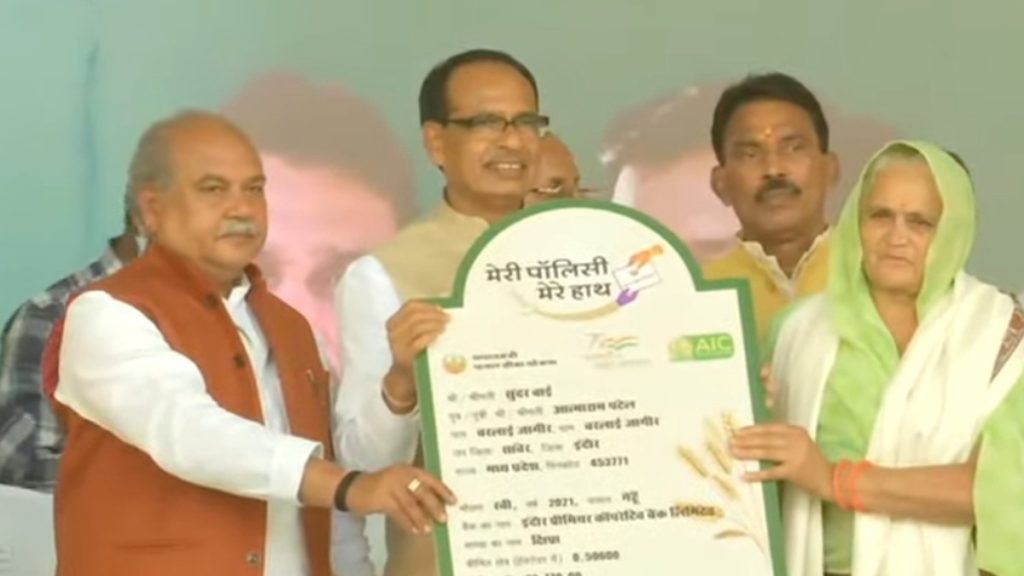 Meri Policy Mere Haath campaign was launched in Hassan, Karnataka by the centre. The campaign is a component of the Pradhan Mantri Fasal Bima Yojana (PMFBY). The campaign is geared toward motivating all farmers within the country to ensure their crops.

Under this campaign, it is assumed that every farmer who has taken insurance under the PMFBY will get the policy documents at their doorstep.

The campaign empowers the farmers through crop insurance awareness and by bringing the contract to their doorsteps. The campaign will help in increasing the direct communication between the farmers and insurance companies.

Thus, it bridges the prevailing trust deficit between farmers and insurance companies. Other farmers will get motivated and the sum of money of Pradhan Mantri Fasal Bima Yojana (PMFBY) will increase.

PMFBY was introduced to produce backing to farmers suffering crop loss or damage to crops arising out of natural calamities. within the last six years, around 36 crore farmers got related to the scheme.

Farmers, whose crops got damaged thanks to natural calamities, got compensation of over one lakh crore rupees. Earlier, the insurance under the scheme was mandatory for farmers who took the agricultural loan. But in 2020 the scheme is formed voluntary for all farmers.