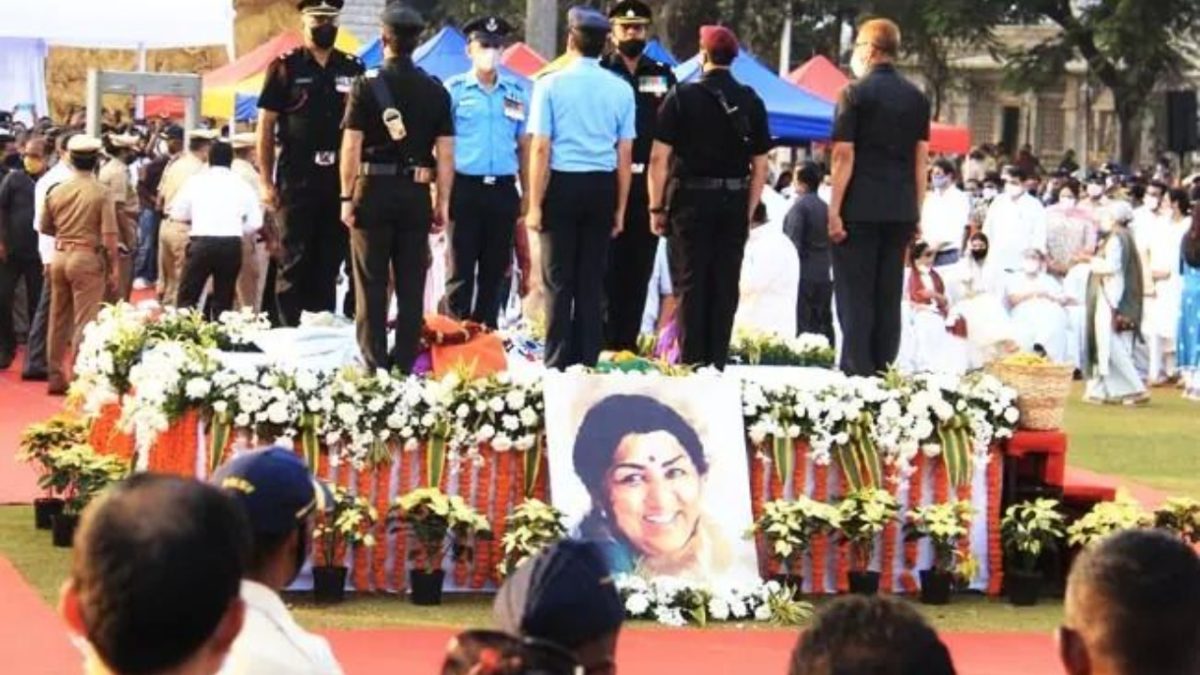 The whole nation seemed to have united as one to see the last glimpse of the Nightingale of India, Lata Mangeshkar. Thousands of people were present on the streets of Mumbai to pay their last respects and prayers to the most renowned and beloved artist, Lata didi. The state of the honours funeral was held at Shivaji Park, Mumbai. PM Modi reached the cremation ground to offer his prayers. He met with the close family members of Lata Mangeshkar and conveyed his condolences personally.

PM Modi remembered Lata Ji and wrote, “The kind and caring Lata Didi has left us. She leaves a void in our nation that cannot be filled. The coming generations will remember her as a stalwart of Indian culture, whose melodious voice had an unparalleled ability to mesmerize people.”

Her body was wrapped in the Tricolour. Hridyanath’s son, brother of Lata Mangeskar, lit the funeral pyre. The Reserve Bank of India rescheduled the Monetary Policy Committee meeting, citing a public holiday in Maharashtra in her memory. The Yogi government in Uttar Pardesh also cancelled their event to launch their party’s manifesto. In addition to that, the Centre declared two-day national mourning on Sunday.

Her enigmatic voice has not ruled the heart of Indians only, Pakistan’s Prime Minister and famous cricketers, celebrities also paid homage to her.