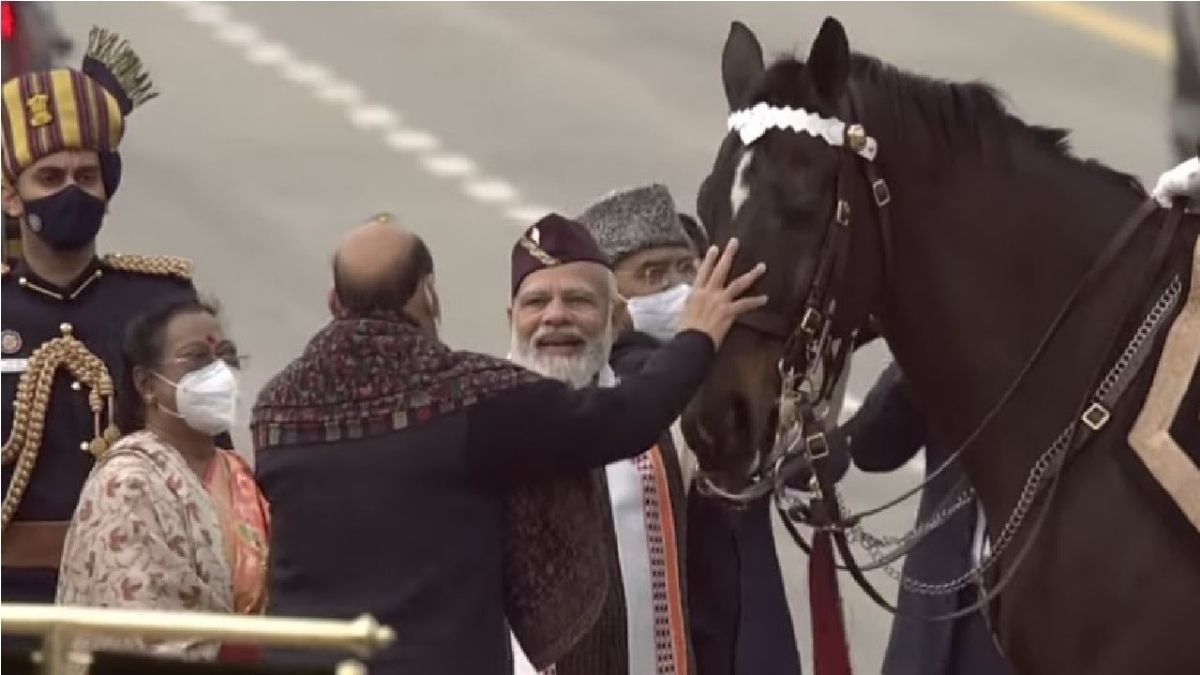 India is celebrating its 73rd Republic Day today. On this occasion, India’s power was demonstrated at Rajpath. The horse ‘Virat’, which is included in the fleet of President’s bodyguards, is retiring today after taking part in its last parade. The Indian Army has given special respect to Virat as the charger of the President’s Bodyguard.

The horse ‘Virat’, who was posted in the security fleet of the President for many years, has retired today. ‘Virat’, a tall figure, was mounted by the President’s bodyguard, Col Anoop Tiwari.

When Virat reached the parade, even PM Modi could not stop him from caressing. Defence Minister Rajnath Singh was also present there and patted him.

Virat is the only horse that has participated in the Republic Day parade 13 times. This is the reason why he was retired in a grand manner today.

Considering the merits and services of Virat, he has been honoured many times. He was involved in the President’s bodyguard family and is also known as the charger of the President’s Bodyguard.