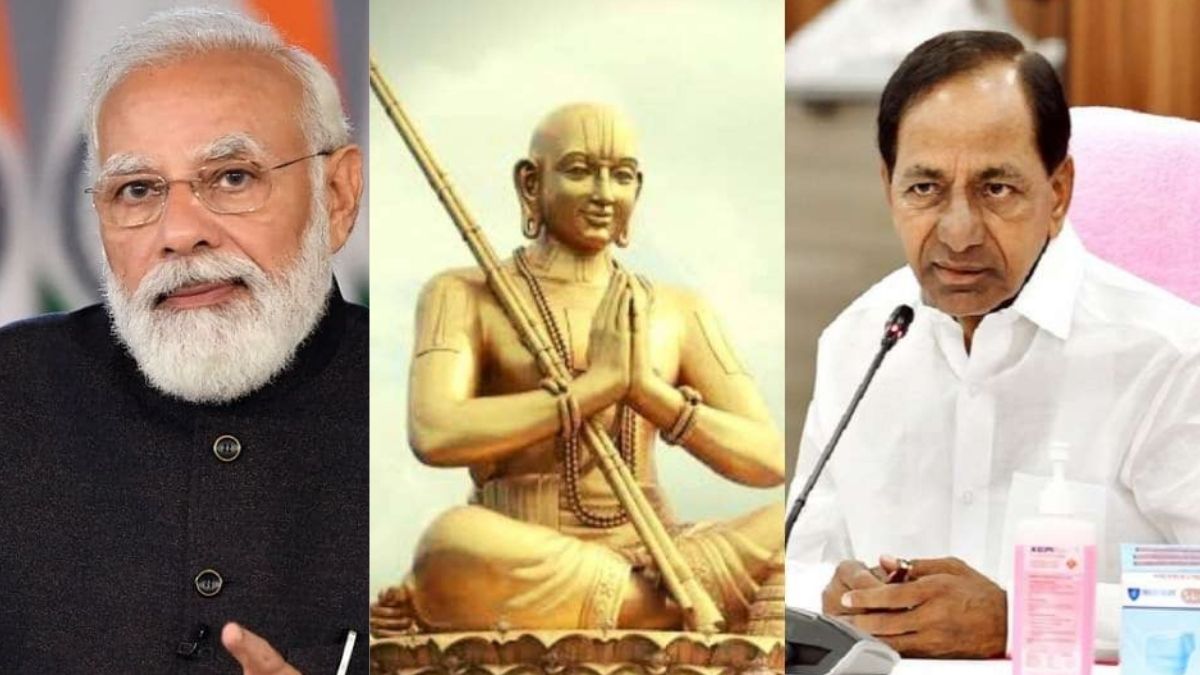 Prime Minister Narendra Modi will visit Hyderabad on 5 February 202 and unveil the 216 feet tall Statue of Equality, which has been built in the memory of Sri Ramanujacharya, a saint of the 11th century. Who promoted the idea of ​​equality in all aspects of life including faith, caste and creed.

Telangana chief minister K Chandrasekhar Rao has expressed happiness over the installation of the statue. He said, “It is a proud moment that after thousands of years, an eminent statue of Sri Ramanujacharya, who established social equality among citizens, is going to be installed in Telangana.”

The chief minister participated in the Shree Ramanuja millennium celebrations on Thursday. During this, Sri Chinna Jeyar Swamy formally welcomed CM Rao and his wife.

CM Rao said on this occasion, “Shri Ramanujacharya brought revolutionary changes in the Bhakti movement and worked for equality among all human beings. He said that all the pilgrims visiting this holy place will get spiritual peace.”

He further said that he was happy to know that all facilities have been made for the comfort of the devotees of Sri Ramanujacharya at Muchintala, and in future this place would become a major pilgrimage centre for the devotees.

CM Rao said that Sri Chinna Jeyar Swamy and his followers have done a great job in installing the statue. He also said that Telangana will take forward its progress with the divine blessings of Sri Ramanuja.