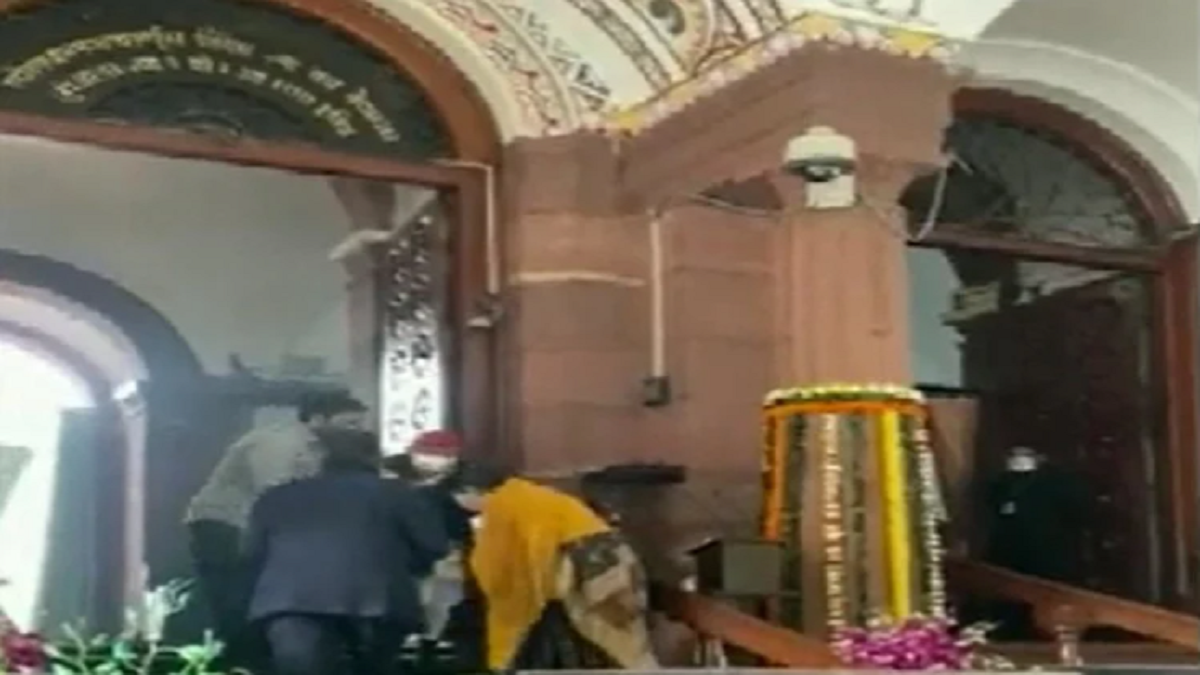 The budget session of Parliament has started today. During this, the movement of many leaders was seen in the complex. One picture that has come in front is that of Union minister Smriti Irani and Samajwadi Party founder and patron Mulayam Singh Yadav, which is making headlines.

Smriti Irani and Mulayam Singh Yadav were going back and forth while leaving the entrance of Parliament, during which, Smriti’s eyes fell on Mulayam Singh Yadav. On seeing Mulayam, Smriti took blessings by touching her feet, but at that time Mulayam was finding it difficult to climb the ladder and on seeing this, Smriti tried to support him.

However, later the security personnel also reached there and caught Mulayam Singh. Apart from this, another picture also surfaced. In this, she once looked toward Rahul Gandhi but there was no talk between the two. Both the leaders are seen standing at different ends on the stairs of the Lok Sabha. While Rahul Gandhi is seen standing near Congress General Secretary KC Venugopal, Smriti Irani is seen talking with Union Minister Mukhtar Abbas Naqvi.

The Union minister was also seen supporting Samajwadi Party patriarch Mulayam Singh Yadav in Parliament. However, the two leaders were also seen talking for some time.

This is the first time that this much closeness between two competitors just before the elections of the deciding state of India is seen. The closeness of the two leaders indicates that there may be a growing tie between the two parties for the victory in the upcoming Uttar Pradesh elections that is going to be held on 10 Feb 2022. Well, let us see what is going to happen in the upcoming elections.