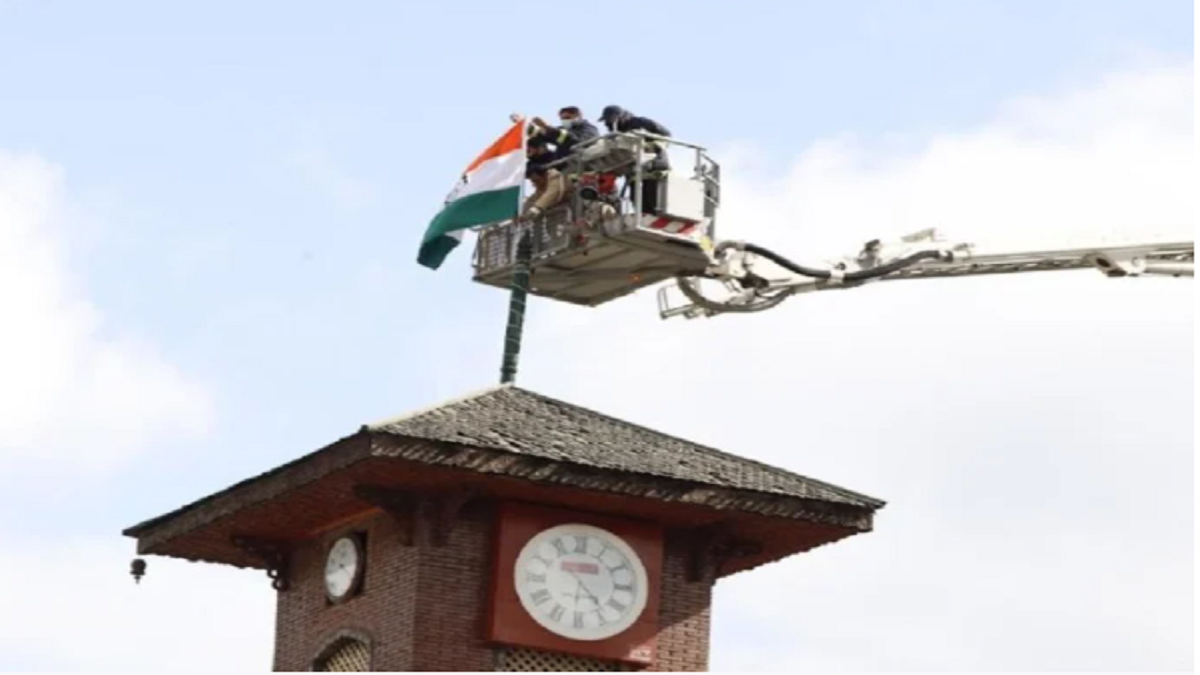 Due to the abrogation of Article 370 and the continuous elimination of terrorists, local youth came forward and raised the tricolour on the top of the Ghanta Ghar at Lal Chowk, raising slogans, “Bharat Mata ki Jai.” They started showing reality to the terrorists and their sympathizers. They said that so far many people have lost their lives in the valley due to terrorism. Now they can’t bear it.

Last time, the main function was held at Sher-e-Kashmir Stadium in Srinagar. A tight security grid was deployed in the Kashmir Valley including Srinagar to avoid any untoward incident. Sharpshooters were also deployed at some sensitive places. Similar arrangements were made at other district headquarters also.

Police and other paramilitary contingents also participated in the parade. The advisor to Lieutenant Governor RR Bhatnagar saluted the parade. Apart from this, various colourful programs were also organized during this period.

Foolproof security arrangements were put in place to ensure that the event was held in a peaceful manner. The search operation was going on by the security forces for several days. The roads leading to the main venue were completely sealed.

Security was also tightened in Kashmir ahead of Republic Day. Everywhere there is a guard of soldiers. People and vehicles were allowed to move forward only after thorough interrogation and investigation from the places put up at various places. At night, a vigil is being maintained with the drones.

Along with Samba, BSF personnel were keeping a close watch on the activities going on in the Pakistan area, with strict vigil along the international border. The Border Security Force (BSF) has specially deployed additional soldiers. Police teams along with VDC members have been guarded in the village during the night.

SP Rajneesh Gupta said that the marginal villagers have been asked to stay at their homes during the night as well as provide information to the nearby police station, police post or BSF if they see any unknown person. Monitoring had been done with special checkpoints being put up in the stay area along the international border from the border area.

Strict security arrangements were made in the border area to celebrate Republic Day in Akhnoor. In Pargwal, Chhamb, Kana Chak sectors, security forces have been instructed to remain vigilant for 24 hours continuously. Additional nakas have been put up on the Akhnoor-Jammu-Sunderbani road. Security has been tightened. The main event took place at the Higher Secondary School in the Akhnoor area of Kashmir valley.