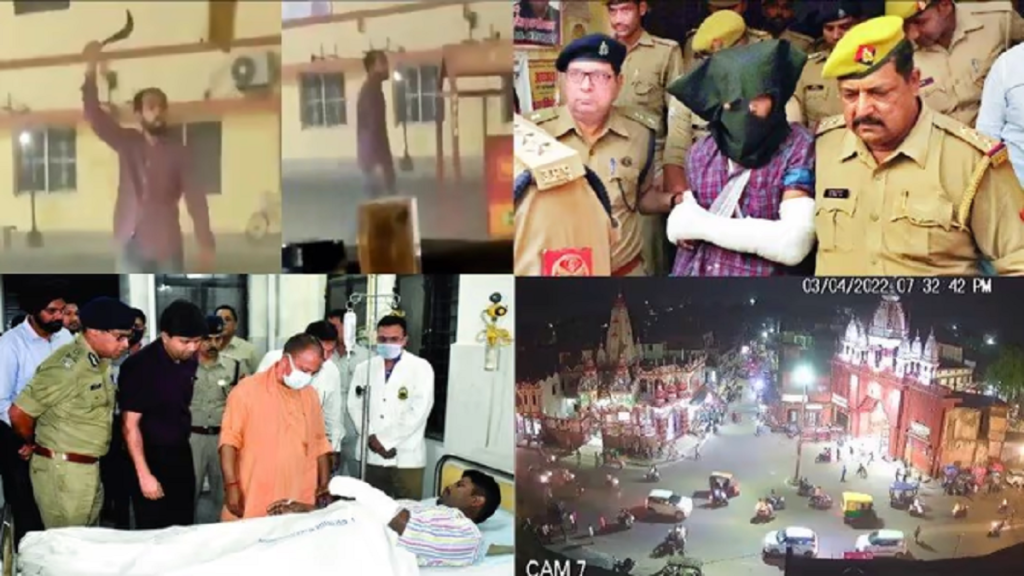 Ahmed Murtaza Abbasi, accused of a deadly attack on the soldiers engaged in the security of the Gorakhnath temple, has been registered in Gorakhnath police station on Monday in two separate cases.

Another case has been registered under the Arms Act. Now a video of the incident surfaced on Monday. In this video, Ahmed Murtaza Abbasi, accused of the murderous attack on the soldiers, was also raising religious hysterical slogans.

Investigating agencies are also trying to understand the reason for this because often jihadis do this. The cruelty of accused Murtaza is also clearly visible in the video. 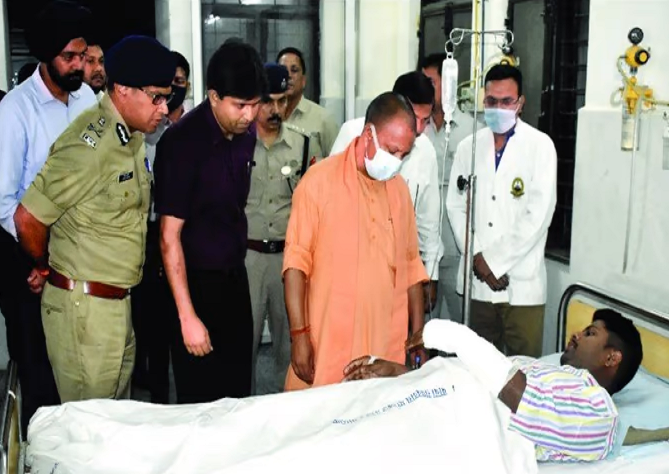 According to the information, the accused Murtaza attacked the soldiers posted in the security of Gorakhnath temple with great cruelty. It is clearly seen in the video that he attacked with sharp weapons.

At the same time, the team of UP ATS has reached Mumbai to investigate the Gorakhnath temple attack case. Yesterday, the ATS team visited Navi Mumbai where accused Murtaza had earlier lived with his family. Murtaza had not met his family for the last three years.

After coming to Gorakhpur, Murtaza used to make mobile applications here. His father told that he used to say, “My heart wants that my cycle should crash with some car, which will cost my life.”

The family members were also scared. After that, he got a job again. The father told that once he climbed the plant in Mumbai too, not take the name of getting off from there. Everyone got upset. He said, “Only by the behest of Allah, I will come down.” 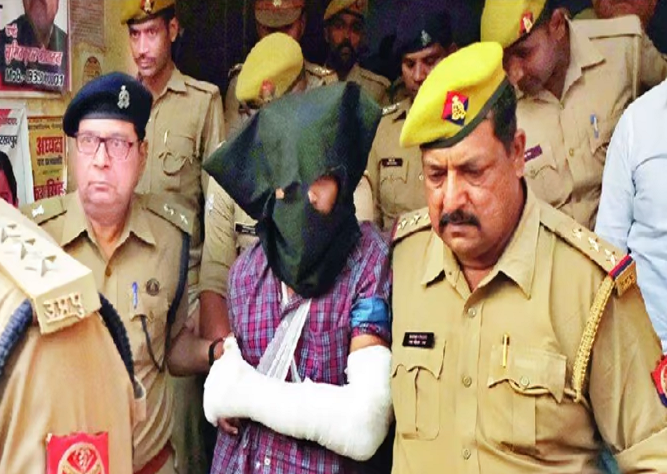 After this, people explained it and then informed us about it. The people of the company said that this illness needed treatment. Murtaza was undergoing treatment continuously since 2017. According to his father, the doctors were also shocked and upset by Murtaza’s antics.

Doctors had referred her to a doctor at Sai Medical College. Where he is under the treatment for a long time. His father says that we never used to let him go out of the house, but in the meantime, he escaped after getting a chance.

The accused’s father said – Murtaza is not mentally fit

Murtaza’s father Munir Ahmed told that Murtaza lived with us in Mumbai from the very beginning. He has also done his studies in Mumbai. Apart from his parents, Murtaza also has an elder sister in the family, who is married. The father says that his son is not mentally well. He was undergoing treatment for his illness for a long time.