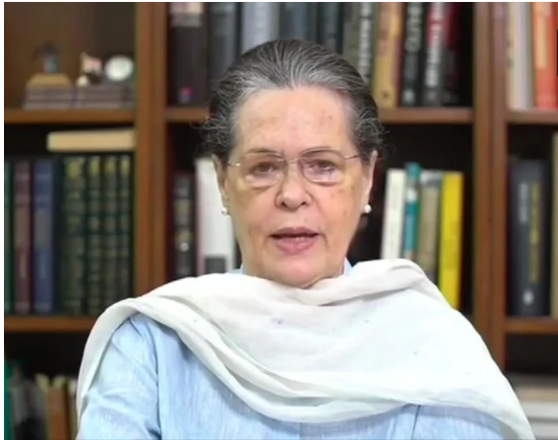 After Prime Minister Narendra Modi announced the withdrawal of all three agriculture laws, Congress interim president Sonia Gandhi called it a victory for the sacrifice of farmers. Sonia said that more than 700 farmer families, whose members sacrificed their lives in this struggle for justice, today their sacrifice has paid off. Today truth, justice and non-violence have won.

Sonia said – Negotiation is necessary from all sides

Sonia said that any decision in a democracy should be taken after consultation with every stakeholder and consultation with the opposition. I hope the Modi government has learned at least some lessons for the future.

Congress will celebrate ‘Kisan Vijay Diwas’ across the country tomorrow i.e. on November 20. In view of this, the state units have been asked to organize Kisan Vijay Rallies or Kisan Vijay Sabhas to salute the persistent and enthusiastic fight of the farmers against the decisions of the Government.

Let us inform that the farmers who have been agitating against the three agriculture laws brought by the Central Government for the last one year, got the news of relief on Friday morning. Prime Minister Narendra Modi announced that all the three laws would be withdrawn as we could not succeed in explaining the benefits of these laws to some farmers.

Also read: Tariff Hikes For 5G Connectivity; Check It Out!

PM apologizes to the public

In his address, PM Modi said, “I sincerely and sincerely apologize to the people of the country. We could not explain to the farmers. There must have been something lacking in our efforts that we could not convince some farmers.

Farmers started their protest against three agricultural laws in Punjab in July last year. In November last year, the center of protest became the borders of Delhi. Nearly a dozen rounds of talks between farmers’ representatives and Union ministers failed to resolve the impasse.