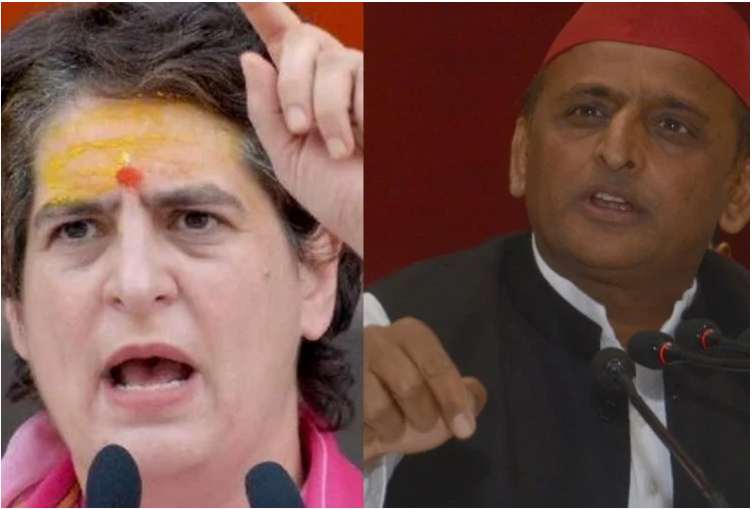 After the statement of SP President Akhilesh Yadav, Congress has come down on Twitter. While uploading photos of Chief Minister Yogi Adityanath, former Chief Minister Akhilesh Yadav, and Mulayam Singh Yadav on the official Twitter handle of the State Congress, they have been termed as fake socialists. At the same time, in the midst of all this, senior Congress leader and former Governor Aziz Qureshi have suggested the Congress to compromise with the SP.

Akhilesh Yadav had said in the press conference, on Saturday, that whatever the Congress is, it is the BJP. What is BJP, that is Congress. On this, the UP Congress has tweeted and said- ‘Cashew in roasted plate, in a mineral water glass. Fake socialism has landed in Yogi’s residence. A stunning picture of Akhileshji struggling to evade ED-Income Tax. However, this picture is from the time when Chief Minister Yogi Adityanath had gone to the residence of SP founder Mulayam Singh Yadav to visit him. Former Chief Minister Akhilesh Yadav was also present there at that time. While editing this photo, the social media team of Congress has shown it at Yogi’s residence.

In another tweet, the UP Congress has said – there is a new air, which is BJP, that is SP. That is why Modi is getting the support of Mulayam Singh. Their mouth is not opening on Bilaria Ganj and Azam Khan. People are upset and sitting in drawing form, they are having a fixed match with the BJP. Mulayam Singh wished Narendra Modi to become the Prime Minister again.

On the other hand, former Governor Aziz Qureshi said in a statement that in the current political situation, only Akhilesh Yadav and his party can overthrow the BJP government. To get rid of the wrong policies of BJP, it is necessary to make a respectable agreement with Priyanka Gandhi, SP, and Akhilesh Yadav.