In a recent podcast, Indian Cricket Team captain Virat Kohli opens up about dealing with depression in the past. 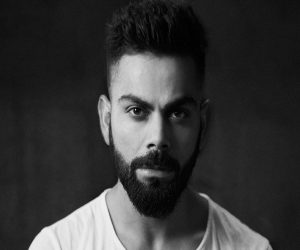 Virat Kohli was in conversation with former England cricket player Mark Nicholas on the podcast ‘Not Just Cricket’. During their talk, Kohli conceded about a particular tour during which he found himself being miserable. When asked that if he suffered from depression at the time, Kohli answered “Yes I Did”. 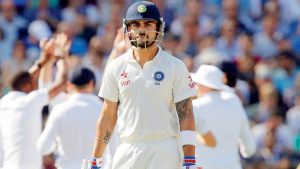 “It’s not a great feeling to wake up knowing that you won’t be able to score runs and I think all batsmen have felt that at some stage that you are not in control of anything at all”, he said. Kohli recalled his England tour in 2014 during which his performance was not satisfactory as his average was 13.5 in 10 Innings. Speaking more on his tough time Kohli said that he felt like the world’s loneliest guy. He said, “You just don’t understand how to get over it. That was a phase when I literally couldn’t do anything to overturn things…I felt like I was the loneliest guy in the world.” 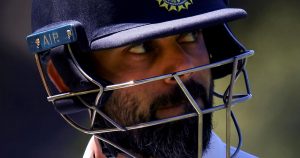 While taking the conversation further Kohli stresses how getting professional help helped him and also that it should be available for every other sportsperson too. “Lot of people suffer from that feeling for longer periods of time, it carries on for months, it carries on for a whole cricket season, people are not able to get out of it”, he said. He further added, “I strongly feel the need for professional help there to be very honest”.

Virat Kohli who is one of the most successful batsmen of all time believes that mental health awareness should be a priority and not be overlooked. He said, “Personally, for me, that was a revelation that you could feel that lonely even though you are part of a big group. I won’t say I didn’t have people who I could speak to but not having a professional to speak to who could understand what I am going through completely, I think is a huge factor. I think I would like to see it change”.