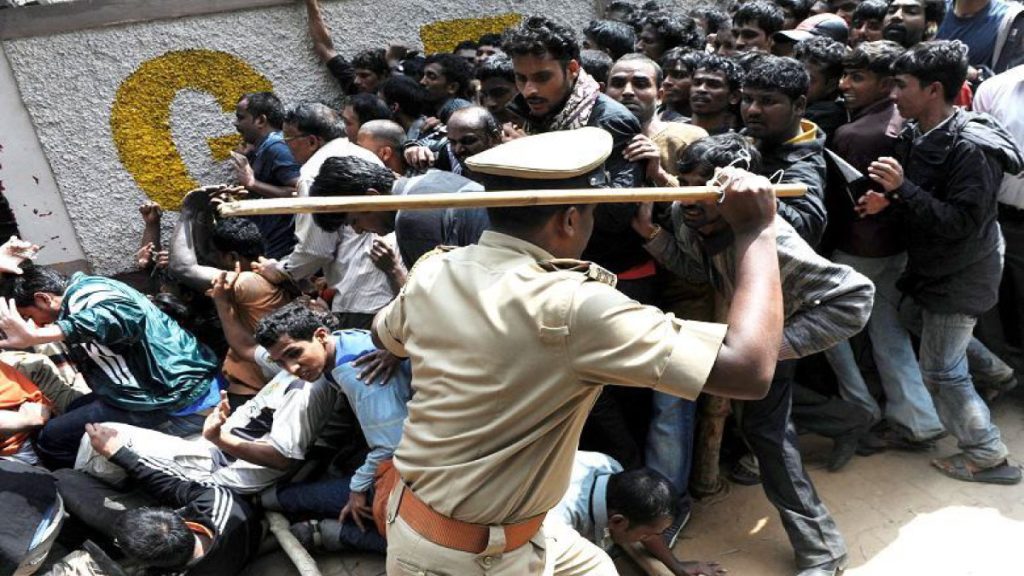 The Annual Human Rights Report On India by the US State Department 2021, which was released recently, raises serious concerns about the government’s accountability. 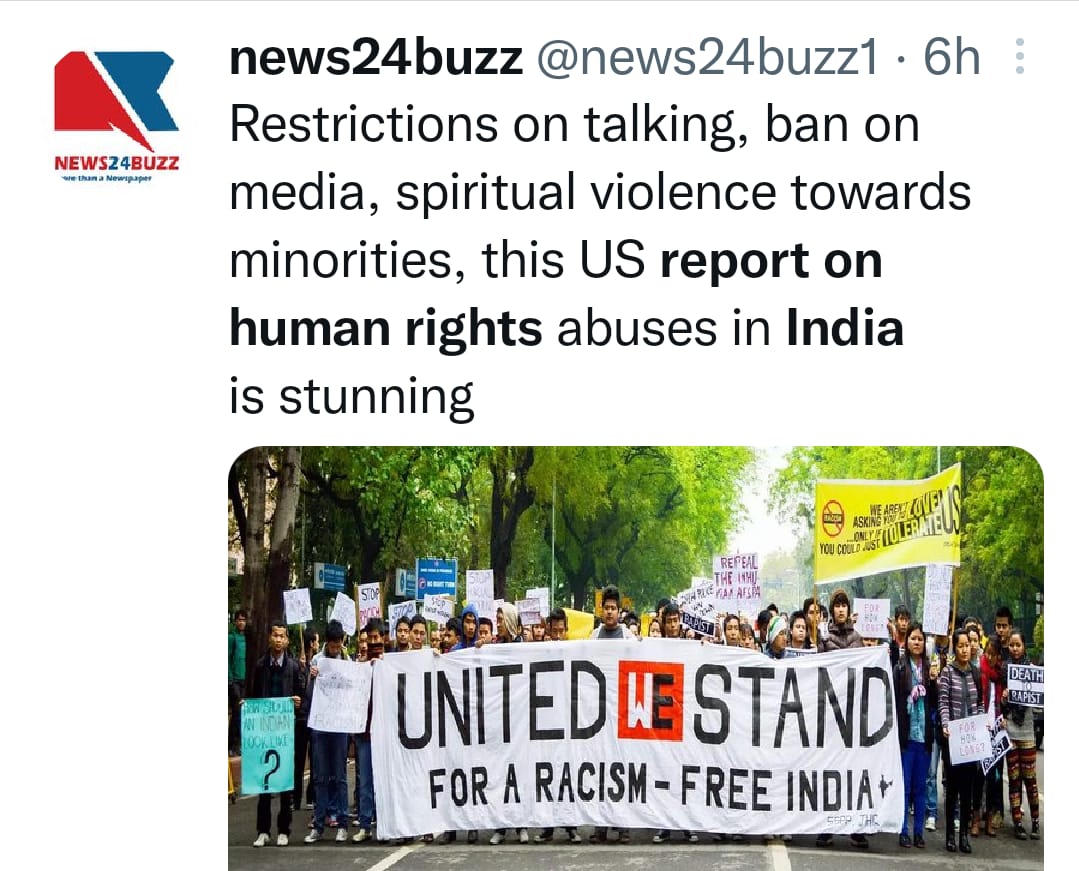 Recently, the US Secretary of State, Antony Blinken, during a joint press conference with Union defence minister Rajnath Singh and external affairs minister S Jaishankar, said, “Monitoring some recent concerning developments in India including a rise in human rights abuses by some government, police and prison officials.”

The report also highlights the unjustified prosecution of journalists, which is directly related to the suppression of free voice and opinion in the field of media. 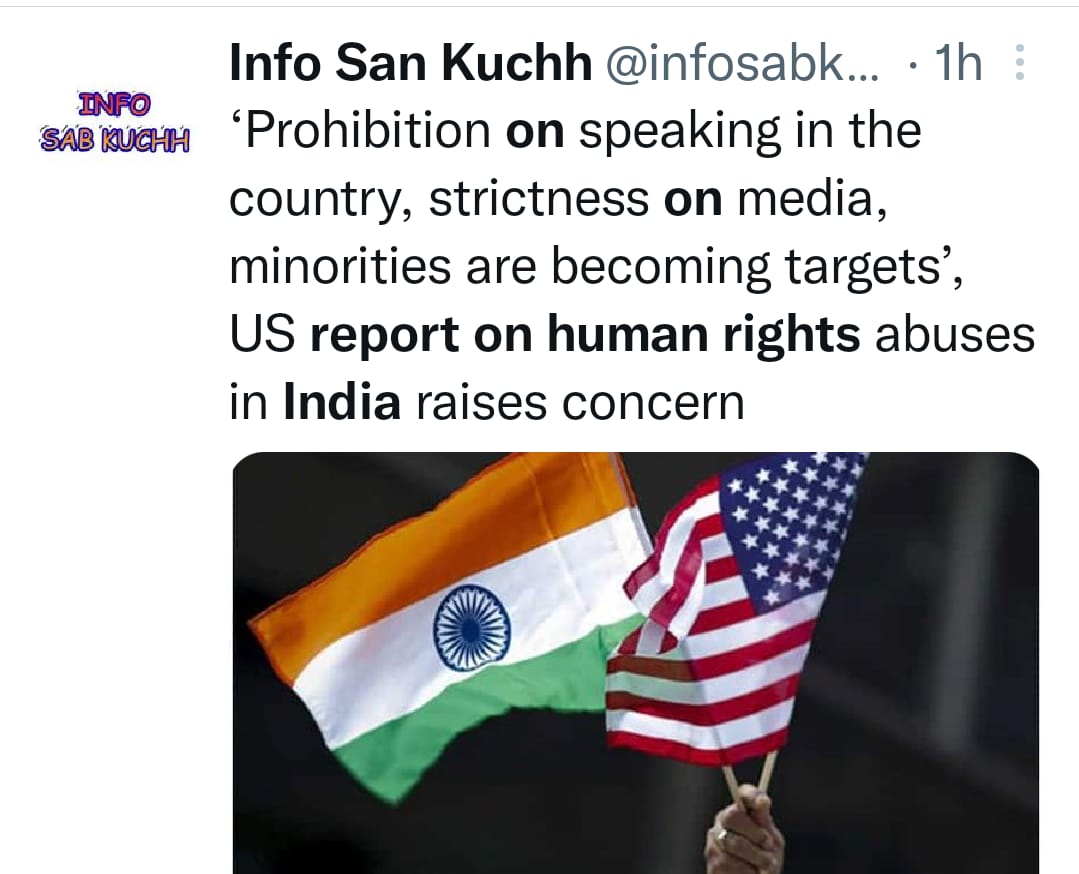 In addition to this, the rules and regulation modifications on FCRA also predict that the government is trying to curb funding and suppress the functioning of the NGOs and other civil societies.

One other important observation that the report highlights is the lack of accountability for the incidents which involve officials. This kind of pattern is omnipresent in all departments of the government at all levels.

The report also informs that though as per Indian Law, undemocratic arrest and detention are not allowed, both happened in the past year. Not only that police use special security laws to postpone legal reviewing of such arrests. In some cases, the time frame exceeded the time of sentence given to the convicted.

Examples Cited In The Report

The report talks about and cites some of the most controversial cases. For example the case of climate activist Disha Ravi, which is an example of undemocratic detention, in Feb 2021, pertaining to the tool kit matter during farmers’ protest.

One such law that government official uses to overpower the convicts, is UAPA (Unlawful Activities Prevention Act). This is possible because in UAPA court has the power to deny the bail of the convict.

For Example, Bhima Koregaon Case in which 15 activists were detained. Another case that grabbed human rights attention was the case of 81-year-old Varvara Rao and priest Stan Swamy.

Now, one other important issue is the freedom of expression of the media and press in India. In the last few years, it has been seen that the media is now speaking the official language of the ruling government. It cited examples of people like stand up artist Munawar Faruqui, journalists covering farmers’ protests etc.

Recent incidents like violence on Ram Navami, Meat ban, hijab ban, all such issues are politically driven to divert the mind of the public. To ensure harmony is the duty of the government but today in politics even the people at high posts speak the communal language. This is not an appropriate environment for a harmonious nation where freedom of expression is a fundamental right.