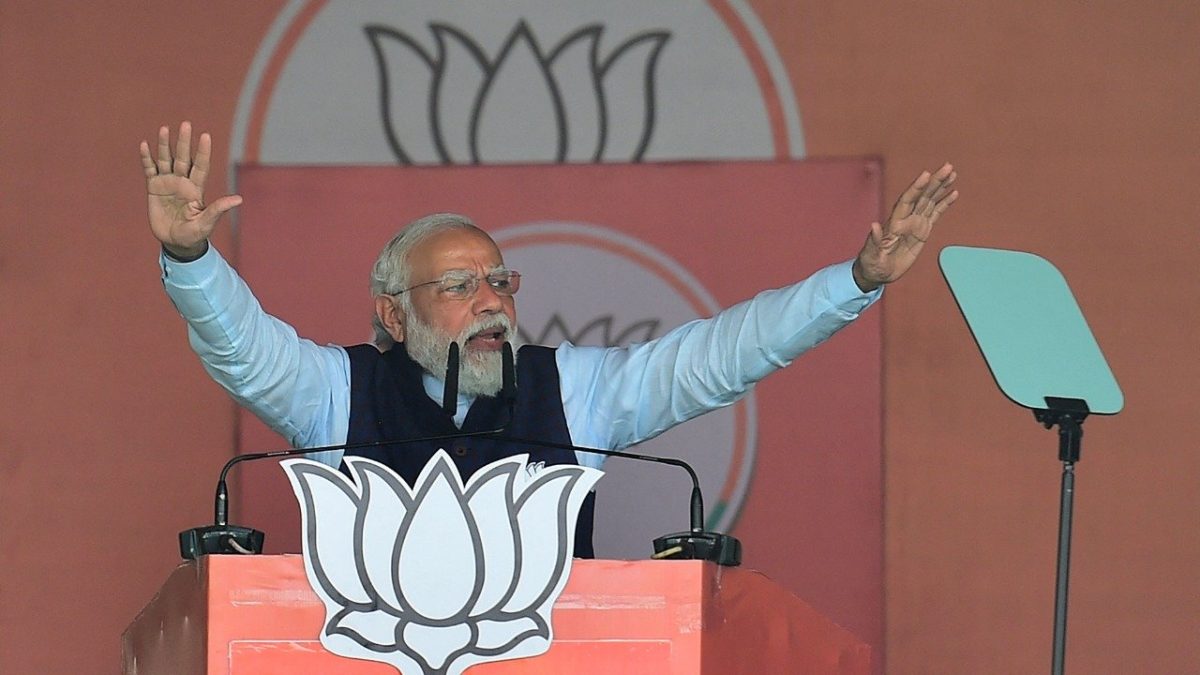 Prime Minister Narendra Modi is back with his famous one-liners to target the Opposition. It is seen that the UP Polls are heading towards the end with only two phases left. The target of the BJP is SP, which clearly demonstrates the neck to neck fight between the two political parties.

PM Modi in his address spoke that the Opposition stoop so low, that his death was being prayed for in Kashi. He also said that it means that “I am not leaving Kashi till I am alive and neither Kashi will leave me.” 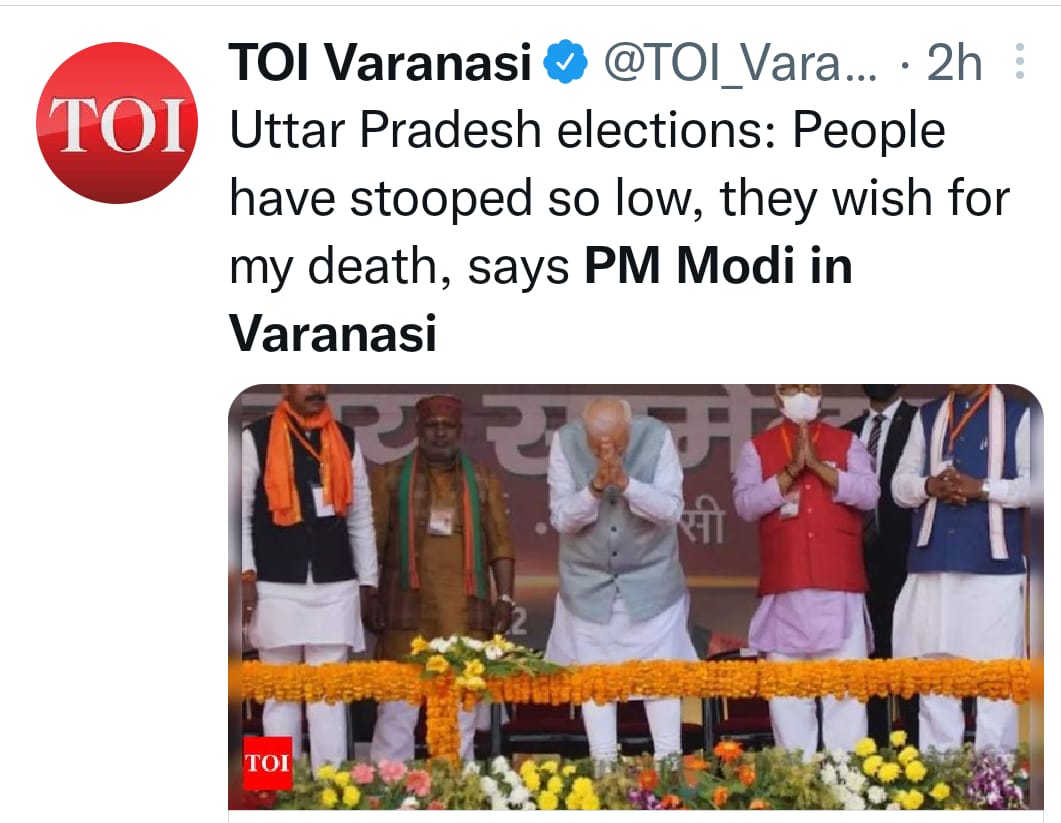 In his speech, Modi Ji slammed SP for taking forward the terrorism in the state. He said that the terrorists were fearless during the SP rule. There used to be bomb blasts on the Ghats in Kashi.

Not only that, the SP government was openly taking the cases back on the terrorists. In addition to this, PM Modi said that the ‘Pariwarwadis’ (SP) always interfere in the work of development and betterment done by the BJP government. For them, the development is limited to their own families and friends. 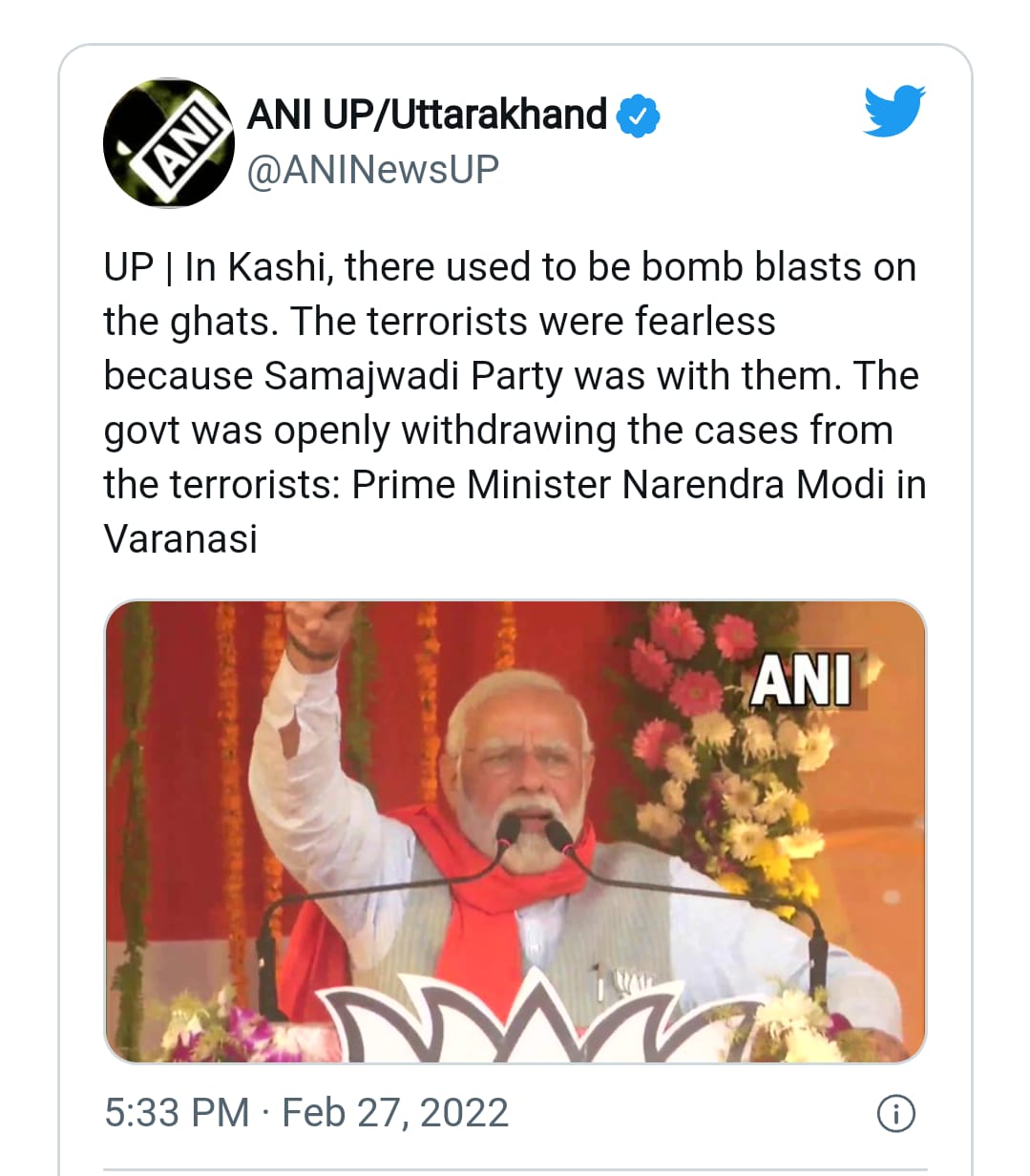 PM Modi said, “I introduced from the Red Fort that the advantages of public welfare schemes ought to attain 100% beneficiaries. When this occurs, there will likely be no risk of appeasement, no discrimination.”

He also said, “As a BJP worker and member, I can say that BJP party works as a family and treats the nation as a family too. We do not believe in Pariwarwad, like the SP and Congress.”

BJP members work for the nation, not for personal benefits. BJP and its worker are fully committed to serving the common man and that is why BJP doesn’t win elections only, we win hearts too. PM Modi also praised his government’s work during the pandemic, from giving away free rations, vaccines, masks and other essential commodities too.

In the end, he said that all people need to come forward and vote for BJP. So that we can give away more and more development to the city which it deserves. Varanasi in the last five years has seen the change. The Varanasi constituency is represented by PM Modi himself.