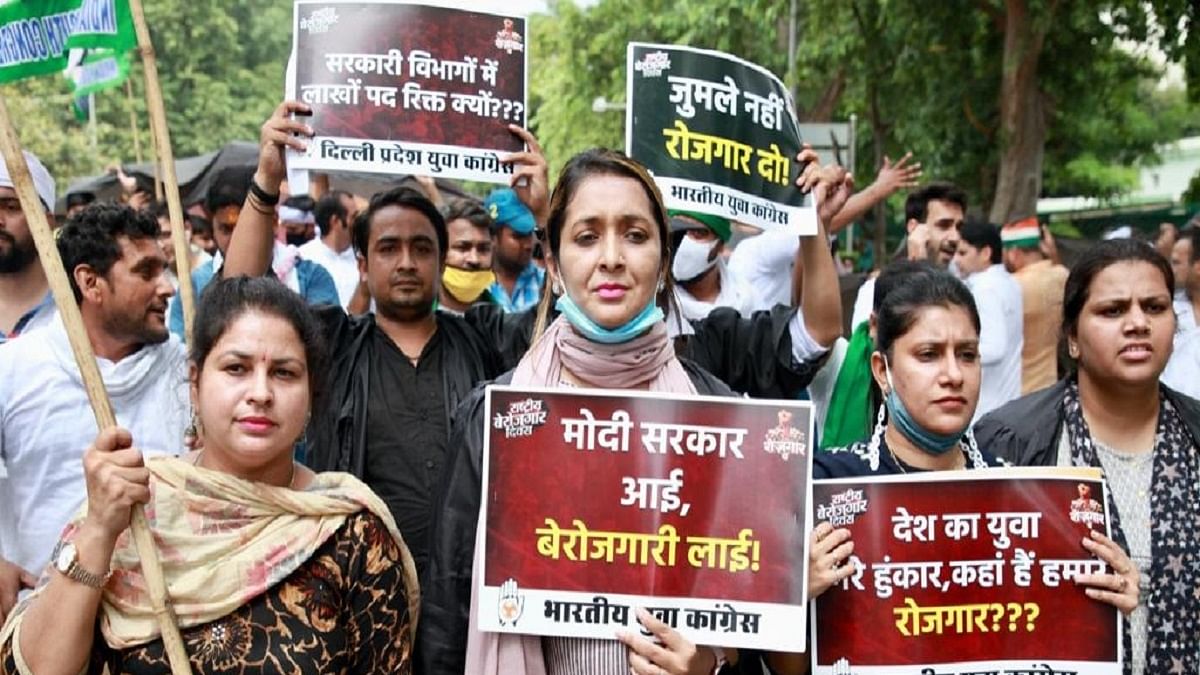 UNEMPLOYMENT AT ITS PEAK YOUNGSTERS SUFFERING THE MOST

Unemployment is the harsh reality that we are facing in today’s time. Reports by the Centre for Monitoring Indian Economy (CMIE) stated that the unemployment rate in December 2021 was 7.9%. But that doesn’t mean the rest of 92.1% of people in the working-age group are employed.

Employment is a necessity and when the working population is not getting proper opportunities, it’s a difficult situation for the nation. The unemployment rate when combined with the Inflation rate (5%) makes the situation more critical. As both together determines the earnings and expenditure foothold of the population. Seeing the trends, much relief is not near for the people.

One of the major causes of the immense rise in unemployment is the national lockdown and state-wise lockdown during the pandemic. Till now, when everything seems to be under control, the employment rate is not seeing a rise. The employment rate was declining even before the covid period.

The maximum loss happened in the manufacturing sector with 9.8 million losing jobs. Followed by the hospitality industry, in which 5 million jobs vanished. A third number the sector for maximum job loss is the education sector, in which 4 million jobs were lost. But there are certain sectors in which jobs have increased like Agriculture with 7.4million rise, construction with 3.8 million and the retail sector with a 7.8 million increase.

The other two factors affecting the employment rate is increasing interest rates in the banking sector and the value of the rupee which has fallen by 3% since January 2021.

Unemployment In Youngsters, A Double-Edged Sword :

It’s true that providing jobs and employment to the whole working population is not possible. But, what is even more concerning is the age group which is unemployed. As per the reports by CMIE, the worst-hit age group is 20-29 years. Certainly, this is one of the real challenges which we have to face as a nation. At present, 42.8% of youngsters are unemployed at this age group.

Not only this but there is also a very clear gap in unemployment on the basis of gender. The females are affected the most in both urban and rural areas. The unemployment rate also increases many other emotional and social issues, especially among youngsters. For example, cybercrime, cyberbullying, stress, depression and many more issues.

For any nation, its people and their needs are the most important criteria for its success and development. The employment rate shows the stability of the policies which are drafted and deployed on the ground. The rise in unemployment leads to so many social issues in the country as survival is the most crucial thing. In today’s competitive world it is very important that the government should address the issues like these as youngsters are the backbone of the future.