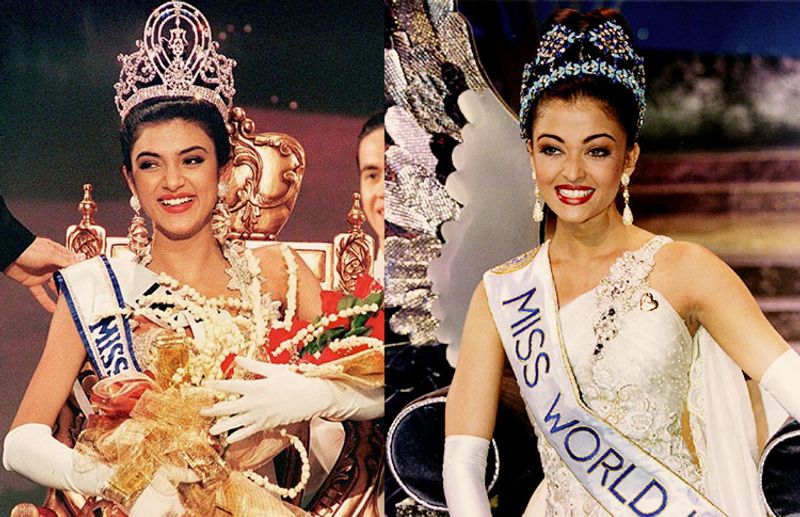 1994 was one of the luckiest years for India. Two of Indian beauty with brains went for the Miss World and Miss Universe beauty pageant and both secured the crown with full grace. Yes, we are talking about Sushmita Sen (Miss Universe) and Aishwarya Rai (Miss World). However, here’s a shocking revelation made by Sushmita Sen.

However, not many people know that Sushmita almost lost the opportunity to participate in the pageant. In an interview with Rajeev Masand last year, Sushmita talked about that she lost her passport just right before leaving to the airport. “It was given to Anupama Verma, then a very famous model and she was also a co-ordinator for events. She had my passport for a show in Bangladesh. She needed it for some ID proofing. So I very confidently told Miss India, ‘Don’t worry my passport is very safely with Anupama Verma’. She couldn’t find it. So she did take responsibility for it and she said ‘I don’t know what I have done’ but the timing of it was scary,” she said.

Then came the big shock when the organizer of Miss India decided to send Miss India Runner-up Aishwarya Rai instead of Sushmita Sen. Meanwhile, Sushmita could go for the Miss World pageant. Of course, the proposal made her very angry.

“Because when you win something, rightfully so, you’re not requesting it. So we now have to come together and ensure that this gets done. It’s easy to say ‘Yea, well now we can’t find it. The passport is lost. Miss World is in November. You go later, we’ll figure out your passport till then,” Sushmita said.

Sushmita talked about all this to her father and said that she would not go for any other pageant than Miss Universe. “I only cried in front of my father and I said, ‘Baba, I’m not going for anything else. I rightfully deserve to go for this. If I can’t go, nobody else will go for it’,” she said.

Later, the issue got resolved when Sushmita’s father went for help from Late Union Minister Rajesh Pilot as she was representing the country.

Also read: “Aishwarya Rai’s Beauty Will Fade In Bollywood & I Shouldn’t Woo Her” Sanjay Dutt’s Exclusive Talk With His Sister