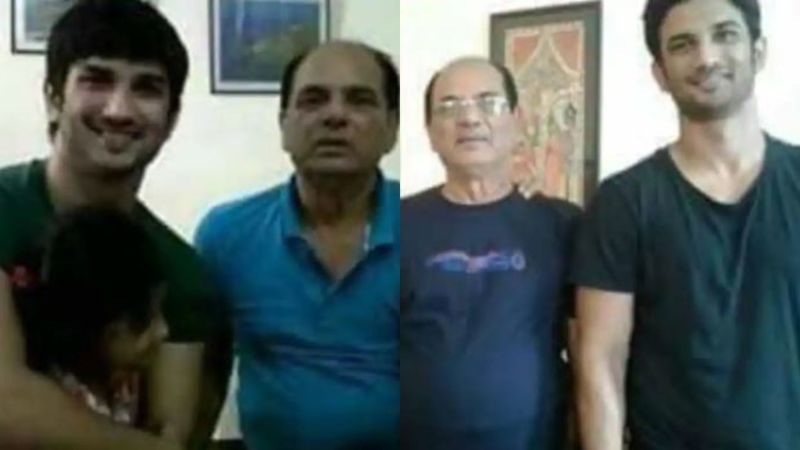 Sushant Singh Rajput’s demise came as a shocker for everyone. But the person most hurt and broken by this news can be none other than his father. As soon as the news reached the father in Bihar, he collapsed and wasn’t in a full sense after that. But now, after completing Sushant Singh Rajput’s funeral, his father has finally been able to speak up and talk to the police about his depression and how he used to feel low.

As Mumbai police is investigating Sushant Singh Rajput’s suicide, some police officials got in touch with Sushant’s father to record his statement. Sushant Singh Rajput’s father KK Singh in his statement revealed that Sushant used to feel low but he didn’t know about his depression. A senior Mumbai Police official revealed, “The family informed us that they do not know why Sushant was depressed and also did not mention if they had any suspicion on anyone.” The initial investigation suggested how Sushant was under his treatment for depression with several prescriptions and medicines found in his house.

According to the reports, Sushant Singh Rajput’s best friend and Pavitra Rishta co-star Mahesh Shetty had revealed that Sushant had stopped taking his anti-depressant pills as he felt better. Mahesh was the one whom Sushant called moments before taking such step but it went unanswered.

The police also interrogated Sushant’s creative manager, Siddarth Pilani to get information about his financial condition and Bollywood business deals. Police officials said, “We had recorded the preliminary statement of the creative manager on Sunday and have called him once more.” The police officers are also expected to start their investigation from the angle of ‘professional rivalry,’ following the tweet from Home Minister, Anil Deshmukh.