The famous trio of Bollywood which rose to fame from ‘Pyaar Ka Punchnama’, Kartik Aaryan, Nushratt Bharucha, and Sunny Singh are celebrating the third anniversary of another hit collaboration ‘Sonu Ke Titu Ki Sweety’. The film was a huge success on Box Office and also entered the 100-crore club too. 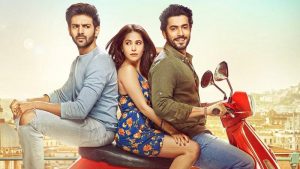 The ‘Love Aaj Kal’ actor took to his Instagram to mark the celebration of his dear film. Kartik Aaryan looked back 3 years ago when ‘SKTKS’ was released and received so much love from the audience. He shared the climax scene from the movie which takes place on the wedding stage of ‘Titu and Sweety’ where ‘Sonu’ played by Kartik confronts his feelings to his best friend. “Exactly 3 years ago, my life changed!! Thank you, Luv sir, for Sonu ke Titu ki Sweety”, he wrote as the caption.

Actor Sunny Singh also joined Kartik Aaryan in the celebration as he also took to his social media handle to share his emotions as their film completes three years. Sunny shared a throwback picture from the days of the promotion of ‘Sonu Ki Titu Ki Sweety’ which includes Nushratt, Kartik, director Luv Ranjan and himself in the pic. He wrote, “#3yearsofSktks” as the caption. 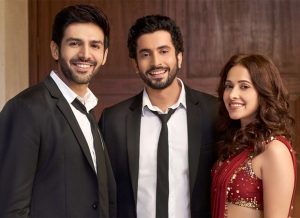