Though there have been times when inhuman and deadly acts have been openly criticized in the media, the brutal incident of a pregnant

Where To Buy Steroids

elephant being killed by our fellow humans in Kerala with feeding the poor animal a pineapple stuffed with firecrackers has shook the whole nation. 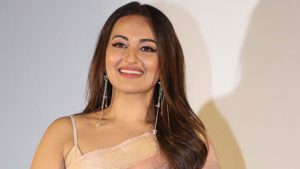 Where many B-town celebs and actor are openly voicing their condemn for the same, actress Sonakshi Sinha has also shown her anger over the same through her twitter handle.Tweeting her reaction over the brutal incident, the actress states that animals are far better than humans, because they are not “sick in the brain”.

“Why do people relate behaving badly to ‘behaving like an animal?’ Please behave like animals. Because animals don’t kill for fun, or for their entertainment or because they’re just sick in the brain. Humans do,” her tweet read.

Sonakshi also shared a statement by World Wide Fund for Nature India (WWF India) condemning the gruesome crime. The statement read: “WWF India condemns the gruesome death of a pregnant elephant near Malappuram, Kerala on 27 May, 2020.”