As the nation witnesses the commencement of Unlock phase 1, the film industry is all set to gear up with its work. As Maharashtrian government has relaxed the lockdown in some parts of the state, allowing some sectors to resume work soon, news that Bollywood and Television shoots will resume have been circulating in the media ever since.AS some actors are sharing their excitement over resuming their work, there are some, like actress Shraddha Kapoor who are not allowed to enjoy the same said freedom yet. 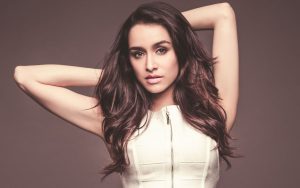 Clearing the air on why the restrictions are still being imposed on the ‘Baaghi’ actress, her father and actor Shakti Kapoor told the exact reason in an interactive session with Etimes where he said, “I will not go out and work for now, nor will I allow my daughter Shraddha to resume work. I don’t think the threat is gone. I feel the worst is yet to come. I won’t let my children out for now. I know work is important but not at the cost of one’s life. It will be very chaotic if people start shooting now. I tell industry people in our group that it is better to wait than pay hospital bills. It is still a very bad state of affairs outside.”

Groceries adventure with my bhaiya @siddhanthkapoor 💜

Further speaking about the situation, he added, “There are no beds in the hospitals and they are charging a bomb to treat people. There was this news where a person was kept tied to his bed in the hospital because he was unable to pay his bills. I am going to make a video on this too. The world has become a very sad place now. There is no humanity left.”