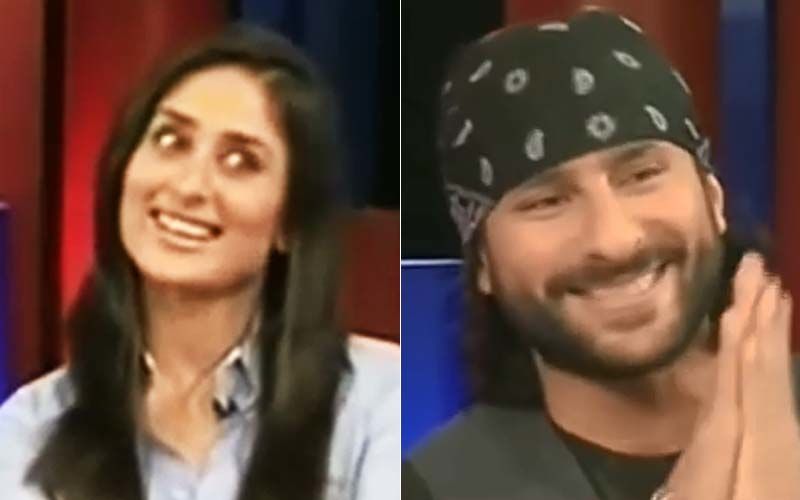 With so many stars sharing their bedroom secrets, it won’t be wrong if you start expecting to hear more. And your wish has come true. A past interview of Saif Ali Khan is here and in that you’ll see what Kareena Kapoor Khan does before going to bed. And the mischievous smile that Saif has at the end, we bet it’s something really interesting.

We’ve got our hands on a throwback interview video of Saif and Kareena when they were promoting their film ‘Kurbaan’. In the video, Saif and Kareena is looking very different, obviously because it was from about 11 years ago. Saif was seen wearing a bandana over his head, while Kareena looked gorgeous in a shirt. Saif was asked, “What is the last thing Kareena does before going to bed?” The question got Saif thinking really hard about it, and at first, he said, maybe she says a prayer. After some time, Kareena prompts him and he replies, “She watched TV before going to bed.”

He is told that’s the right answer, however, Saif refuses it, and said Kareena is making it up, and

Recently, Saif Ali Khan and Kareena Kapoor Khan with their son Taimur Ali Khan was seen enjoying walking at marine drive. Soon after the the people spotted the couple, photos and videos started surfacing on the internet. However, the couple got criticized by the netizens for not wearing a mask while they were out of the house.