Amrita  Singh and Saif Ali Khan may not be even on talking terms today but there was a time when this lovebirds were the talk of the town. Be it their age-gap or their sudden decision to get married, Saif and Amrita made a lot of news. After 13 years of marriage and two kids, the couple decided to call it quits. In a recent interview, Saif talked about his divorce with Amrita like never before. Right from how he broke the news of his divorce with Amrita to his kids to the effect it had on them Nawab unraveled a lot of things. 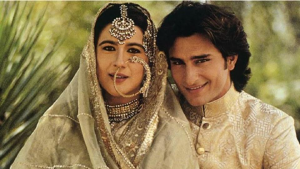 Saif will soon be seen playing the role of a father in his upcoming film Jawaani Jaaneman. In an interview with PinkVilla, he was asked how he broke the news of his divorce to his kids Sara and Ibrahim. He said, “ It’s the worst thing in the world. That is something I still feel could have been different. I think I will never really be okay with that, I mean one needs to understand that certain things can’t be out, I mean I try my best to make peace with that and with myself saying that I was 20 and I was quite young and so much changes. I mean you feel bad but it is a strange thing, sometimes you can’t really imagine… parents is a strange thing, you can’t really imagine of them as together and individuals, as two units as well. You don’t like to think of them making out, you don’t think of them really joined. So it’s like a thing, everyone can be okay with a modern relationship also.” 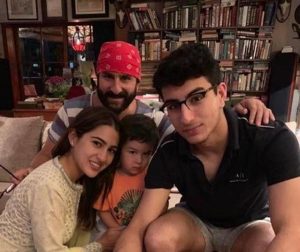 Further elaborating on how every child deserves a warm house, Saif added, “I don’t think any child should be deprived of a warm home and that is something that is never easy.” 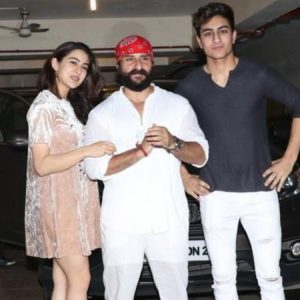 Saif and his family were complimented about how they click as “modern family” as everybody in the family holds no grudges against the other. Reacting on the same, he had stated, “You have to be, you have to make the most of whatever situation and life is beautiful. Nobody should really sit around complaining too much because everything’s alright. Sometimes, having two parents might not be the best thing for anyone, but it might be. I mean a nice stable home is a wonderful environment that one would like to give and share with kids.”