You may know exactly how you want your fantasy to end. If you do, you should also let your partner know. But you may want to be surprised at what happens, in which case, imagine what your character would say or what you’d want them to say, and go for it. No theatre critic will be there to tell you if you did a good job. If you end the scene naked, sweaty, and satisfied, you’ve performed well!

The doctor/patient scenario is hot because it involves an authority figure. But this becomes still hotter when the authority figure has a reason to touch you – AND if you have a sexy doctor’s or nurse’s outfit. Try giving your partner a ‘physical’ and explain to them that a normal side effect of such procedures is that they might start to really, really want to have sex with you.

By this I mean rural romps… I’m talking farm hand or milk maid-based role play. Practice perfecting your southern American twang and pretend you’re rolling around in a haystack. Try your best to recreate the naughtiness of doing it alfresco as well as the romance of the wilderness – even if in reality, you’re only shagging with the window open and rolling about laughing at those dodgy accents.

Because, for most people, actually losing their virginity was either painful, embarrassing or unfulfilling, it’s fun to be able to recreate the event. Maybe put on a soundtrack that reminds you of your teens and try and remember that time of sexual frustration. Bring that extreme desire back to the surface and allow it to erupt all over again – but this time, hopefully, with a little more control and skill. 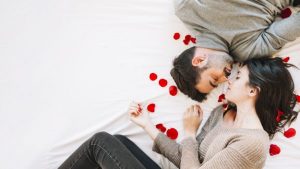 Whatever your personal, political stance on the monarchy, regal role plays can be very hot. You may not fancy Prince William, but that doesn’t mean you don’t fancy playing-at being a princess. I mean, I reckon the only reason we haven’t abolished the monarchy is that we find the whole thing, well, sexy. But don’t let the royals have all the fun – bring the eroticism of dynasty to your one bedroom flat and command that your lover reveal their *ahem* sceptre.

Role play in the bedroom (or bar, hotel, or anywhere else) can be an amazing outlet to share your sexiest fantasies, try new things, and explore your kinks. It can also be a lot of fun leading to laughter and sex, which is never a bad combination!

The important thing is to be open with your partner and let your imagination lead the way. Be willing to be silly and make mistakes – this is supposed to be fun! And, as you get better at getting into character and letting go of your inhibitions, you might be surprised at where your fantasies take you.

Stop A Heart Attack in Just 60 Seconds – It’s A Very Popular Ingredient in Your Kitchen
Make Home Made Penicillin Having Pharmaceutical Properties
Dealing with the Sexual Side Effects of Depression Treatments; Simple Steps To Be Followed
Tahira Kashyap Khurana Pens An Emotional Note On World Cancer Day 2021; Creates Awareness For Breast Cancer