Vijay Deverakonda is one of the few stars from the South who shot to fame in a jiffy. In most of his films, he is seen as a romantic lover boy, who had put love in front of everything. 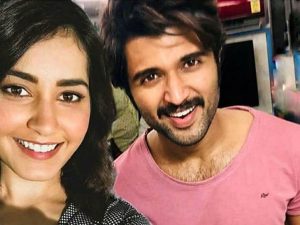 His striking chemistry with all his female leads is one of the most talked-about aspects of his films. Be it sharing the screen space with one heroine or having four heroines in one film, Vijay Deverakonda has never failed to entertain us. 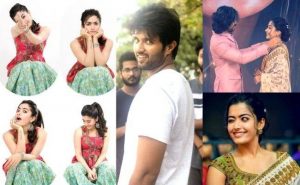 On the other hand, he shared the screen space with Raashi Khanna in World Famous Lover. Directed by Kranthi Madhav, the film also had Aishwarya Rajessh, Catherine Tresa, and Izabelle Leite in lead roles. His chemistry with Raashi Khanna in the film was lauded by fans and critics. World Famous Lover was produced under the banner of Creative Commercials by KA Vallabha. National Award-winning composer Gopi Sundar composed music for the film.

Paras Chhabra Reveals Pavitra Punia Was Married While Dating Him: ‘Her Husband Messaged Me’
Kamya Panjabi Gets A Surprise Bachelorette Party Days Before Her Wedding: Deets Inside
Shraddha Kapoor Under House Arrest By Daddy Shakti Kapoor “Work Is Important But Not”
Akshay Kumar Finally Speaks On The D`rug Nexus In Bollywood And Sushant’s De`ath: Accepts Narcotics Problem: Video Inside