While Bollywood has given numerous chances to actors and performers to bring forth their talents and skills, there are a few actor to whom the characters played by them come naturally. Though choosing a character is not an easy task, some talented B-town celebrities have many a time opened up about how the characters played by them in their movies resonate with their real off screen personalities.

One such celebrity who has opened up about playing the protagonist in Zoya Akhtar’s directorial “Gully Boy”, is actors Ranveer Singh.  Based on the lives of rappers Naved Shaikh, popularly known as Naezy, and Divine (Vivian Fernandes), Gully boy was a film that centred around the underground rappers of Mumbai. Sharing about why the role of Murad in Zoya Akhtar’s directorial was a perfect fit for him, Ranveer revealed that the character was an amalgamation of several things that resonated with him. 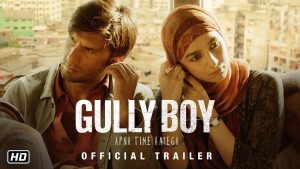 In the film where Ranveer plays the role of underdog rapper from Dharavi, Mumbai, the actor says that the film was the perfect opportunity for him to give a tribute to his “karm bhoomi”.

“One is my love for Mumbai, I am a bonafide Mumbai lad so my love for the city where I am born – yeh meri karm bhoomi hai, janam bhoomi hai. So, it means a lot to me and I am very proud of my city, mahanagri isse kehte hain and I see all the beautiful aspects of it and I wanted to lay tribute to it if the opportunity were to come about and Gully Boy was that perfect opportunity,” he said. 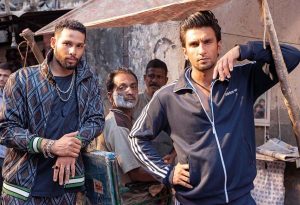 Along with his love for Mumbai, his love for hip-hop was also a huge factor for him to sign film. The actor whose interest in rap and hip-hop developed at a very young age, said “I always had a great love for hip hop. So, Mumbai coming together with hip-hop, it was absolutely a dream role for me but even beyond these themes of Mumbai city and hip hop culture that there is this thing I really connect with – he is someone who didn’t compromise on his dream.”

Talking about the similarities between him and his acharacter Murad, Ranveer said, “The essence of the character, the core of the character and that is something I really, really resonated with. Because I always wanted to be an actor, just the way this guy always wanted to be a rapper and the conditions he finds himself in, the given circumstances aren’t necessarily favorable in achieving this dream of his. But he perseveres, believes in himself and finally makes it.”

At 45, Malaika Arora Shares Her Plans To Have Kids With Arjun Kapoor, “We Will Take One…”
“The Girl ON The Train Was Exactly I Was Looking For,” Parineeti Chopra On Her Upcoming Release; Deets Inside
Kangana Ranaut Steals The Show At Her Cousin’s Engagement In Himachal: Surreal Pics Inside
Actress Nia Sharma Says People Involved With Sushant Singh Rajput Should Speak Up And Rest Should Shut Up