A decade has been passed since the release of one of the most loved films of Hindi cinema ‘Tanu Weds Manu’. Anand L Rai directed ‘Tanu Weds Manu’, which stars Kangna Ranaut and R Madhavan in the lead roles went on to become a massive hit and also earned the reputation of being one of the finest film writings and performance of all time. 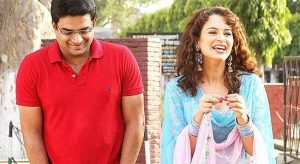 The film was released in 2011 and marks it 10 years of existence today. To celebrate the legacy of the extraordinary film R Madhavan and Anand Rai took to their social media to share their feeling as ‘Tanu Weds Manu’ turns 10.

Maddy took to his Twitter to express his joy, he tweeted “@aanandlrai @KanganaTeam @vikramix @Viacom18StudiosThank YOU ALL SOO SOO MUCH for this awesome piece of history. Will cherish this for the rest of my life. #10yearsoftanuwedsmanu.”

The director of the film Anand L Rai took to Instagram to show his gratitude towards his fans for excepting the film with so much love and also for giving him the identity of ‘Woh Tanu Weds Manu Wala director’. He penned a heartwarming note which reads, “Someone said so beautifully…”Nothing of me is original, I am the combined effort of everyone I have ever known” Thank you for giving me my identity Thank you for making me ‘Woh Tanu weds Manu Wala Aanand Rai’ Thank you.”

‘Tanu Weds Manu’ was followed by ‘Tanu Weds Manu Returns’ which was released in 2015. The sequel featured Kangna in double roles and went on to become even a bigger blockbuster.