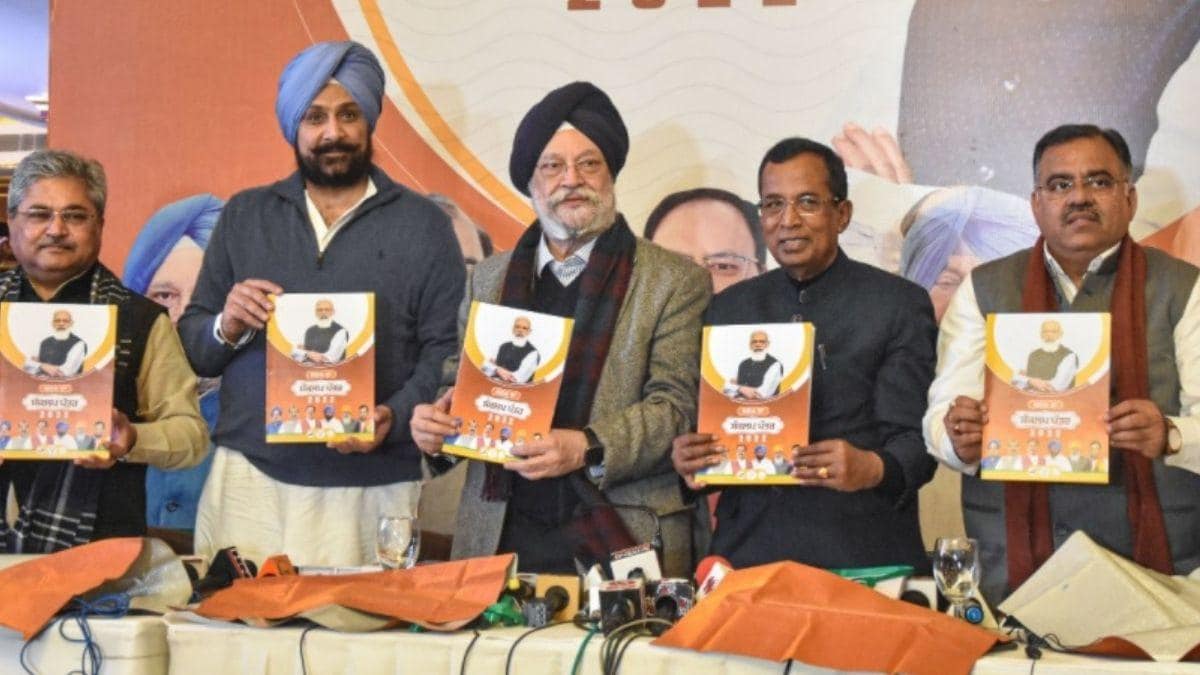 BJP RELEASES ITS MANIFESTO FOR PUNJAB

The BJP and alliances have released their manifesto and termed it the “Sankalp” document for the Punjab Polls. The manifesto was released in Jalandhar city in the presence of Union ministers Hardeep Singh Puri and Som Parkash.

Puri said that this is not just a vision document but it carries concrete steps for the development of Punjab. It has the roadmap to rebuilt the Punjab economy and Infrastructure. As it has a funds allocation of Rs 1 lakh crore for the development in the next five years.

The Sankalp manifesto promises 75% reservation in government jobs and 50% in private jobs for the youngsters of Punjab. Along with this, an unemployment allowance for two years of Rs 4,000 for youngsters after completing their degrees.

Not leaving women behind, the manifesto promises 35% reservation in all government jobs which will include contractual jobs too. The manifesto includes the fast track court for women issues like harassment, violence. Another addition for women includes a special law to deal with cases of abandoned brides married to NRIs.

Law and Order issues get special attention with the development of “The Truth and Reconciliation Commission”. This will help in addressing the families affected by the terrorism with a compensation of Rs 5 lakh for such families. “A Lost but not forgotten” Memorial will be built in the memory of the victims of terrorism.

The manifesto focuses on Drug Prevention Task Force to finish the drug supply chain in the state. Along with this fast-track courts investigate drug cases. In addition to check the cross border activities like infiltration, drugs and weapons will be under surveillance by drones and CCTV cameras. Electric fencing in sensitive areas also gets mentioned.

The next set of promises is for the farmers which include a Rs 5,000 crore commitment for MSP and crop diversification. MSP guarantee for fruits, vegetables, pulses and oilseeds for Punjab farmers. Loan waiver and free electricity are few additions too.

For the general public, the manifesto points out 300 units of free electricity. Guru Kripa canteens to provide nutritious meals at nominal price of Rs 5. Two-wheelers loans for 50% subsidy to all students of universities and colleges. Free hostels for SC students during graduation and post-graduation. Rs 50,000 loan wavier for EWS category.