Priyanka Chopra has been talk of the town lately with the huge success of both her Netflix film ‘The White Tiger’ and her memoir ‘Unfinished’. And she is over to the moon with all the love she has been receiving from her fans. But Priyanka has now one more reason to smile his heart out as her fans cracked her up with some hilarious memes of her green ball dress. 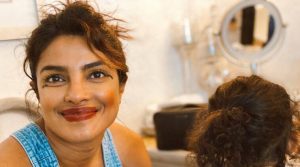 You may have come across one of Priyanka’s posts in which we saw her rocking a unique green dress on social media. But its not the dress but the most creative and funniest ‘memes’ of that dress which has left Priyanka into splits.

The ‘Baywatch’ actress took to her Instagram stories to share some of her favorite memes of her polka-dotted green ball dress. From a ‘Pokemon’ to ‘hot air balloon, Priyanka sportingly shared each of them on her stories with her opinion as well.
Check it out.

‘Jab Paneer jamane ke liye kapde na mile or Mummy tumhra favorite shirt use kr leti Hain’. “This is too much”, Priyanka said on this one. 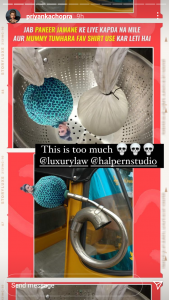 This one’s going to be everyone’s personal favorite, ‘Yeh Priynkamon Hao!!’.“Gotcha Catch Them All?” 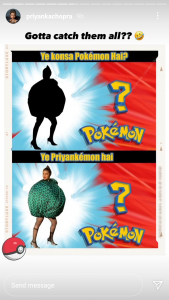 No question asked, it’s the most hilarious one. Period. 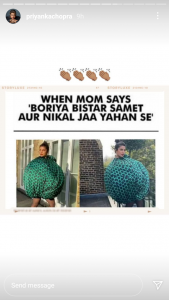 Apparently, Captain Virat Kohli has also featured in one of them. 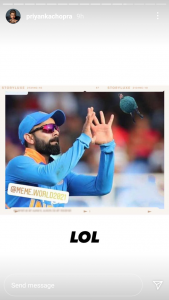 This one is Priyanka approved as she wrote, “The most accurate of them all?!”. 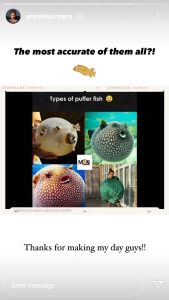 Priyanka’s particular look was featured in one of the video call she made to ‘Tika’, Instagram’s most stylish dog. In the video, Priyanka asked Tika for her opinion on the actor’s dresses and looks and on the contrary Priyanka’s every dress was Tika approved. Including Priyanka’s green ball-shaped dress too which now has officially entered a memefest. Priyanka’s dog ‘Diana’ was also in the video who was twinning with her mom on every look.

Priyanka Chopra is currently living in her London home with her mother and her dear pets. She is filming her next project ‘Citadel’ in the United Kingdom.