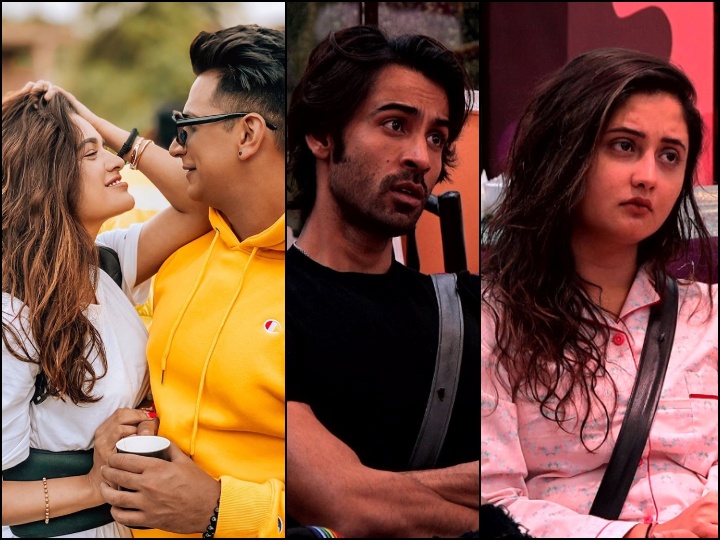 Rashami Desai suffered a heartbreak after Salman Khan exposed Arhaan Khan’s truth to Rashmi about his marriage and child when they were inside the Bigg Boss house. Things took an ugly turn when Rashami accused Arhaan Khan of withdrawing money from her account without her knowledge. Following this the actress also went on to IG live and broke up with him. Prince Narula-Yuvika Chaudhary Takes Rashami’s Stand.

As the couple met in Yuvika and Prince’s wedding, SpotboyE asked the happily married couple about the situation. Speaking to SpotboyE, Yuvika confirmed that she and her husband Prince had taken a stand against Arhaan. When asked if Arhaan called them and say objectionable things about Rashami? Pat came the reply, “I don’t think he’s a part of our lives.”

To our shock, Yukika also cleared that Arhaan was not a close friend to them. She said, “He happened to be there at our wedding on an invitation that had gone to him as a colleague. In weddings, don’t we all call several guests? So, it was like that. I don’t know why people think that Arhaan is our friend. Friends are people who’re close to you, Arhaan neither was nor is close to Prince and me.”

And finally, she concluded by taking a stand against Arhaan. The Om Shanti Om actress said, “We are going by what we see and read. It is sad whatever Arhaan’s doing to Rashami. The expose on his personal life in BB 13 also came as a shock to us. Wrong is wrong. I cannot respect the wrong. Respect can be given if one commands so.” Prince Narula-Yuvika Chaudhary Takes Rashami’s Stand.