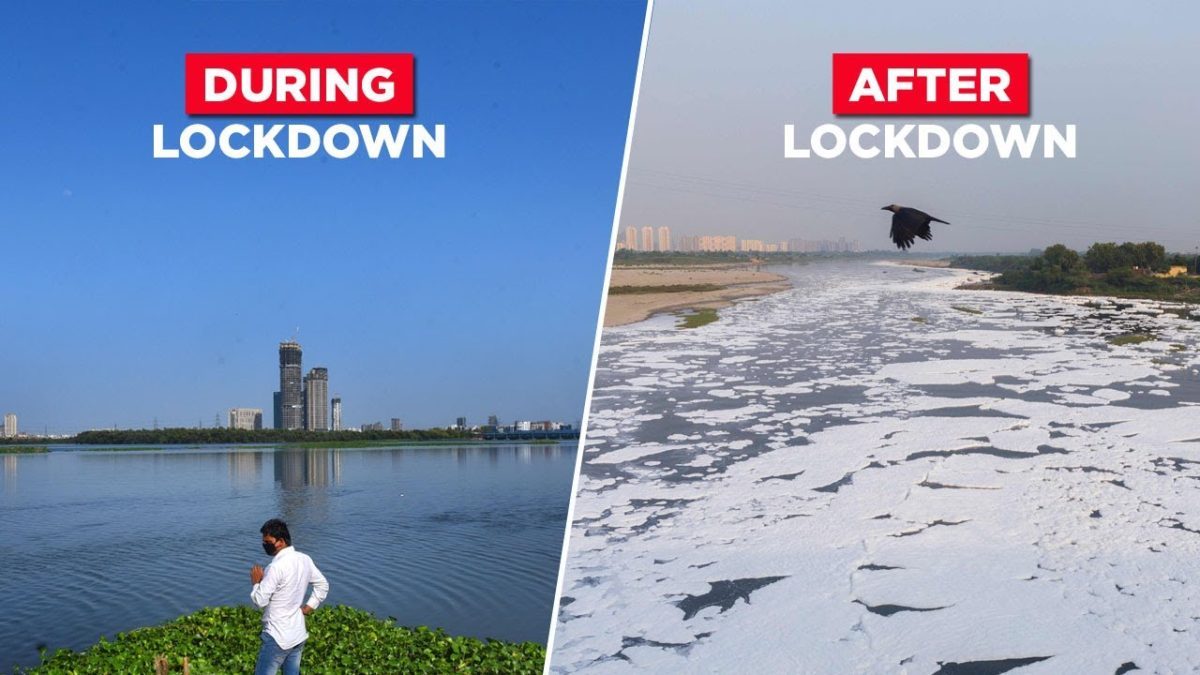 During the pandemic, our natural resources were found to heal themselves amid the lockdown. The ecosystem was found to be healing on its own. Vast stretches of rivers were seen cleaned compared with its earlier condition.

Rivers are once again seen as untidy and polluted, impacted by the damaged ecosystem.

The conditions of rivers all around the world are an alarming signal for us to do something about it. world leaders participating in different submit have expressed their concern over the ecosystem damage. these rivers once we’re calling as veins and arteries of this planet are in the worst state. politicians, leaders, environmentalists, and other stakeholders are trying to find new ways to protect our natural resources. if we the connectivity status of all rivers except Antarctica then only 37 percent of a river whose length is a minimum of 1000km are free-flowing rivers while rest been labeled with some dams or construction. the worst thing about these dams and construction activities is that they have affected the natural habitat of these rivers.

It is quite an irony that despite having environmental laws still, we have not been able to solve the riverine problems. still, the quality of rivers is a question to us. the condition of rivers has made us realize the fact that how hopeless we are and how we failed to protect our mother earth. all the funds granted to the ruling government went were useless. one thing is very clear that the funds assigned to the governments of different countries were not at all used judiciously rather used for some sandals.

WHY DO THE LAWS FAIL TO PRESERVE OUR RIVERS AND ECOSYSTEM?
One thing is very much evident that the laws from all over the world have failed to safeguard our earth. there are two reasons behind this failure. one is that these laws see our earth and rivers as property. this creates a false dogma of humans’ dominance over nature.

secondly, this legal legislation sets a threshold that gives legal rights to humans to exploit the natural resources in their minimum range. moreover developing countries like India, the establishment of these environmental laws are very weak.

WHAT IS ENVIRONMENTAL PERSONHOOD?
It is a right-based protection method for preserving the rivers.it can be done in two ways. first is the creation of legal rules and regulations. this safeguards the interest of rivers.

this approach emphasizes the rights of rivers more based on nature’s perspective rather than human-centric.

FINAL WORDS
Doesn’t matter who we are but will we always have our roots derived from mother nature. we have used the resources of nature therefore it’s our duty to preserve it also.

environmental personhood approach establishes the sacredness of nature as well as the connection of humans with nature. because we humans are not the masters of nature but we part of it.