Nora Fatehi got emotional in a recent interview as she recalled her traumatic initial days in Bollywood a few years ago.

Nora shared a snippet from her conversation with Youtuber Anas Bhukhash. “One of my most vulnerable, real, and honest interviews ever, I have read all ur messages and comments and it makes me feel so happy that u guys have connected with me on a human level and have understood me!”, she wrote as her caption.

In her interview Nora teared up as she talks about other aspiring entertainer who has same dreams her but are not able to make it because of all the negativity and bullying they receive in the industry. Recalling her past feelings, she said, “We were so excited and so naive. When I reached India, it was nothing like what I had imagined. I was thinking I’ll get picked up by a limousine and a butler, and they’re going to take me to a suite, and I would go to my auditions in that limo. It was nothing like that. I had the biggest slap in my face. The bullying, the rejection, the traumatic experience that I went through.” 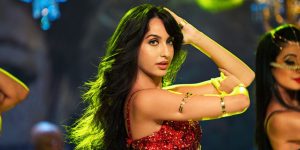 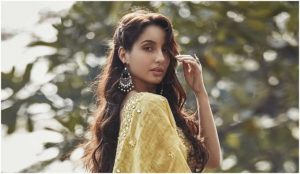 However, Nora is glad that she has her fans and supporters who have always motivated her to give her best. In her Instagram caption she wrote, “Everyone who has reached out to say thank u for me opening up and being transparent like this i want to say thank u for taking the time to genuinely watch my interview and for respecting my journey, my thought process and admiring me , i always say im grateful and lucky to be able to connect and touch people globally on a human level! I wouldn’t have it any other way! If i can motivate and represent then im on the right track!”.

When Saroj Khan Slapped Shahrukh Khan For Being Too Busy And Saying He Has…
Rishi Kapoor Terahvi -Ranbir Kapoor, Riddhima Kapoor, Alia Bhatt Come Together To Offer Prayers; Pictures Inside!
Rishi Kapoor Death: Arjun Kapoor Shares A Cryptic Post Hinting On Rishi’s Viral Video From Internet
Divya Agarwal’s Savage AF Reply To A Troll Who Ask Her ‘How Many Pads She Uses In Period’ Is Everything We Need Right Now