The chemistry between Indian idol host Aditya Narayan and judge Neha Kakkar makes up for a great watch. We have often seen Aditya Narayan trying to propose Neha Kakkar in various ways and trying his best to win her heart. While it was limited to the script so far, things are now getting serious between the two families. Neha Kakkar is all set to get married to Aditya Narayan on February 14. Both parents have confirmed the news! Before you come to any conclusion and start congratulating the singers, here’s how the wedding news of Neha Kakkar and Aditya Narayan are spreading like wildfire. 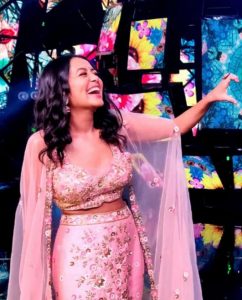 Now, both, Neha Kakkar and Aditya Narayan took their respective Instagram handles and posted a picture of each other with a surprising caption. While, Neha captioned her picture as “14th Feb” with a heart emoticon and Aditya captioned his picture as “A part of my heart.” Have a look at the cuties: 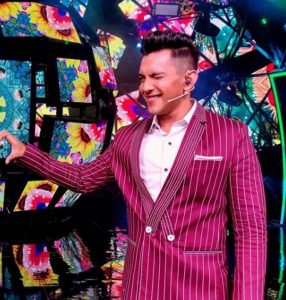 On January 12, 2020, Neha Kakkar took to her Instagram handle and shared a video. In the video, we could see, Udit Narayan confessing that he really likes Neha, and wants to make her his bahu. Later, Deepa Narayan came on the show, she showered Neha with praises and shared his desire of making her Narayan pariwaar’s bahu. After hearing her praises, Neha was seen delighted and in amusement she called, Deepa ‘sasu maa’, which made everyone laugh and it was Aditya who was seen overjoyed. Here’s the video:

In an interview with the Navbharat Times, Udit Narayan had opened up on the incident and had shared that he would love to see a female singer joining their family as their bahu. During the interview, Udit was all praises for Neha and had said, “Neha Kakkar is a very sweet girl. She sings very beautifully. I like Neha very much. Not only just me, but people also like her. I really like her, and she has made a name for herself in the industry. I also keep listening to her songs.” 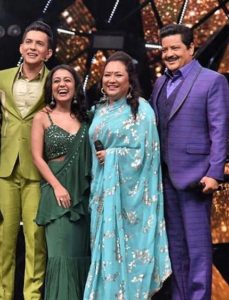