Being among one of the less controversial celebs in India, Nawazuddin Siddiqui has always stayed away from headlines and other media breaking gossips. So when the news of his wife Aaliya filing for divorce recently surfaced the media, it immediately became one of the most shocking piece of information that his fans and followers could receive. 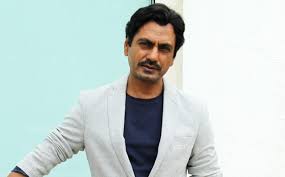 The actor who is otherwise known for his stellar performances in movies like Bajrangi Bhaijaan and Kick, has now stirred up the whole news room. Anjali a.k.a., Aaliya Siddiqui, whom Siddiqui married after dating for the second time in 2004, has reportedly filed for their divorce, along with  the sole custody of their children.

Reasoning her decision to part ways with her husband, Nawazuddin, Aaliya in an interview with the Bombay Times said, “There are a lot of things that I don’t want to bring in the public domain as of now, but our problems started soon after we got married over a decade ago. Two months of lockdown gave me a lot of time to introspect. Self-respect is extremely important in a marriage. Woh meri khatam ho chuki thi, I didn’t have that. I was made to feel like a nobody, I always felt alone. His brother Shamas was also an issue. I have gone back to my original name, Anjali Kishor Pandey. I don’t want to be reminded that I am using someone’s identity for my benefit.”

While confirming the news of the divorce and revealing other important details about the same, her lawyer said, “Yes, it is to confirm that we have sent a legal notice to Mr Nawazuddin Siddiqui. The notice was sent on behalf of Mrs Aaliya Siddiqui on May 7, 2020. Due to unprecedented COVID-19 times, the notice could not be sent through speed post. It has been sent through email as well as WhatsApp. Mrs Siddiqui, our client, has also said the notice through WhatsApp. However, Mr Siddiqui has not responded till date. I think he is just keeping quiet regarding the notice and ignoring it. The notice has been sent claiming maintenance and divorce. I would not like to get into the details of the notice regarding what are the contents and what are the allegations, but let me tell you that the allegations are quite serious and those are very sensitive to Mr Siddiqui as well as his family members.”

Nawazuddin Siddiqui’s Wife Aaliya Demands Rs 30 Crores, A 4-BHK Flat As Alimony: List In Report
Heart Throbbing Pictures of Taimur With Kareena And Saif; Check It Out
Rakhi Sawant Slams Shehnaaz Gill’s Dad: “You Can’t Equate Your Daughter To Katrina Kaif; She is following in my footsteps”
Sushant Singh Rajput Suicide: Brother Suspects Foul Play In Death, Says He Was Getting Married In November