This is no hidden secret that former Indian captain, Ms Dhoni is a
man of many talents. Though his passion for cricket took him to new heights and
earned him respect from the entire nation, there is something else too that
Dhoni is equally passionate about. His undeniable passion for bikes and other automobiles.
It is quite often when stories and posts
of bikes are often by the ace cricketer on his social media handle. Where fans
go crazy with each picture shared by Dhoni on his Intagram, this time the
scenario was quite different. Instead of the usual photos where Dhoni is generally
seen posing with a bike or simply riding one of his swanky two-wheelers, a humongous
collection was on display. 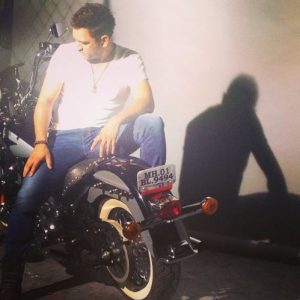 This time, the automobile aficionado’s wife; Mrs. Sakshi Singh Dhoni
took to her Instagram and shared his husband’s enormous bike collection. Though
people knew that he must own some of the most sought after bikes that many can
only dream of, not many have had the privilege to chance a look at it.  But all thanks to his wife, who shared a sneak
peak at the ace cricketer’s humongous bike collection at his house in Ranchi,
Jharkhand. 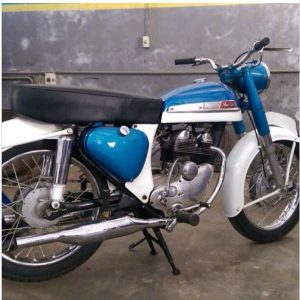 While sharing a video clip of the
bikes in what looks like a G+1 storeyed garage with a glass facing external
wall, she also gave a glimpse of the many bikes, which included some vintage
motorcycles and superbikes. Along with it, she wrote, “Even bikes have a view.”,
and tagged it with the location ‘Dhoni Farm
House Ring Road’.

According to news agency IANS, the 38-year-old
wicketkeeper-batsman is the owner of several high-end vehicles including
Ferrari 599 GTO, Hummer H2, and the GMC Sierra when it comes to four-wheelers. In
two wheelers, Dhoni has some great additions like Kawasaki Ninja H2,
Confederate Hellcat, BSA, Suzuki Hayabusa and a Norton Vintage beside several
other bikes.