Kangana Ranaut is certainly one of the most beautiful actresses in Bollywood. Time and again, she has proven her beauty by looking spectacular for various events. Whether she has dressed all ultra-modern for a red carpet global event or is going for a desi look, she knows how to nail it. Recently, she visited Himachal Pradesh for her cousin Karan’s engagement and her traditional ethnic look is something you would definitely dig for. 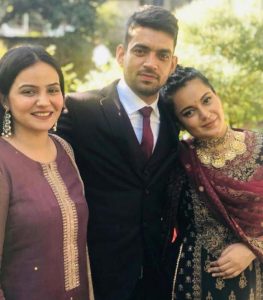 The engagement function was a family-centric ceremony and only close members of the family were invited to bless the soon to be married couple. The members of the two families can be seen in their traditional attires. However, it was Kangana Ranaut who took all the limelight with her maroon coloured ethnic attire. On the other hand, Kangana’s sister Rangoli shared some pics from the ceremony. Have a look at the pictures: 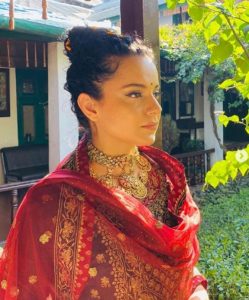 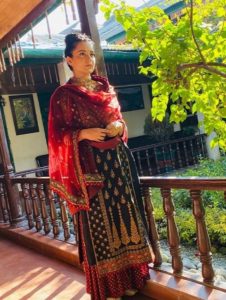 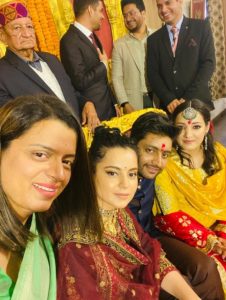 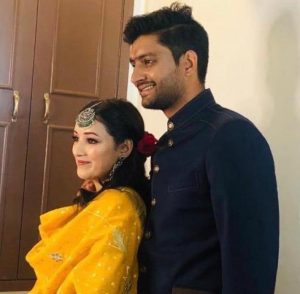 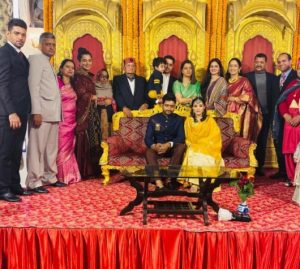 Meanwhile, there’s no confirmation of the wedding date of
Kangana’s brother but looking at the engagement pictures, it is for sure that
the wedding is gonna b a magnificent one. Not many people know the secret that
Karan wanted to marry since a very long time but was extremely shy in talking
to girls. The secret has been opened-up by Karan’s dear sister, Rangoli Chandel
in a tweet that reads “He is our cousin Karan Ranaut, only 25 magar shaadi
ki sabse jaldi, never spoke to a girl in his life magar ghar ki ladies thaan le
toh Shaadi toh Hokar he rahegi mummy ji and chachi ji ki Jai”